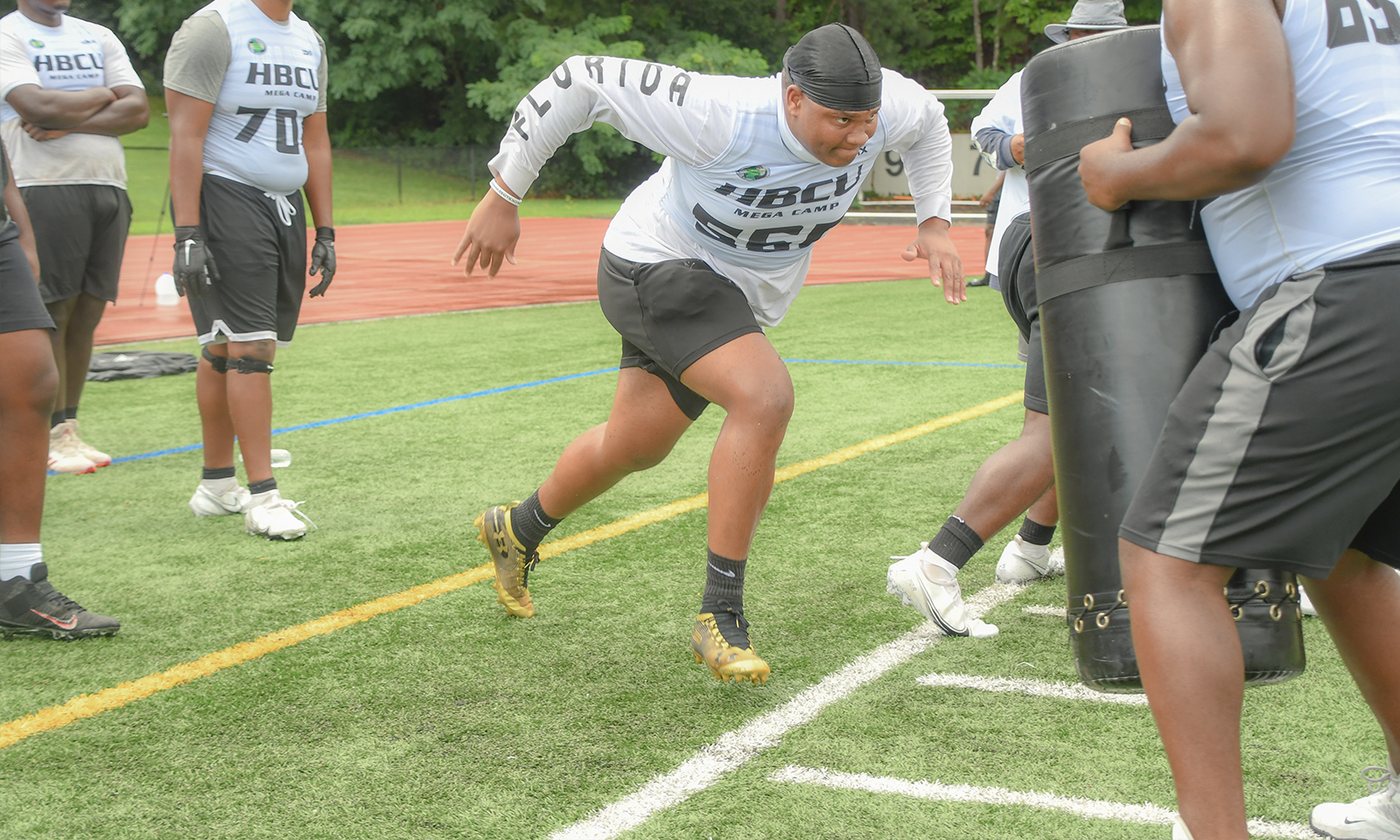 Over 1,900 high school football prospects traveled to Lakewood Stadium in Atlanta on Saturday for the HBCU Mega Camp exposure combine.

“This camp is all about giving prospects the opportunity to showcase their skills and abilities to college coaches,” camp organizer Ahmand Tinker stated in an interview with BlackCollegeExperience. “Especially for students from the midwest and up north who do not have the opportunity to be in close proximity to coaches from HBCUs.”

WHO WAS IN ATTENDANCE

Howard, Morehouse, Bethune Cookman, Edward Waters, Alcorn State, Virginia State, and North Carolina A&T were just a few of the many universities in attendance. Coaches and scouts roamed the field in search of the next black college football diamond in the rough. Prospects from the class of 2022-2026 put their talents on full display as they ran through many drills and one on one play.

The camp was divided into four sessions with plenty of time in between for prospects to mingle with coaches and evaluators. Lineman, running backs, and linebackers hit the field first. They were followed by quarterbacks, receivers, tight ends, and defensive backs. Rain and lightning in the area shortened the drills but passion and excitement remained in full effect.

THE MISSION OF THE MEGA CAMP

The mission of the HBCU Mega Camp is to provide exposure to help students reach their collegiate football goals. Many athletes left with interest from coaches and some have already been receiving official offers.

Athletes came to Atlanta from 32 different states for their chance at an offer from an HBCU program. Athletes expressed many different reasons for their interest in HBCU football. The most common response was the culture, family atmosphere, and playing for a coach that represents his athletes.

“I am interested in HBCU’s because of the experience and the legends that have come out of HBCUs,” a high school prospect told HBCU Gameday.