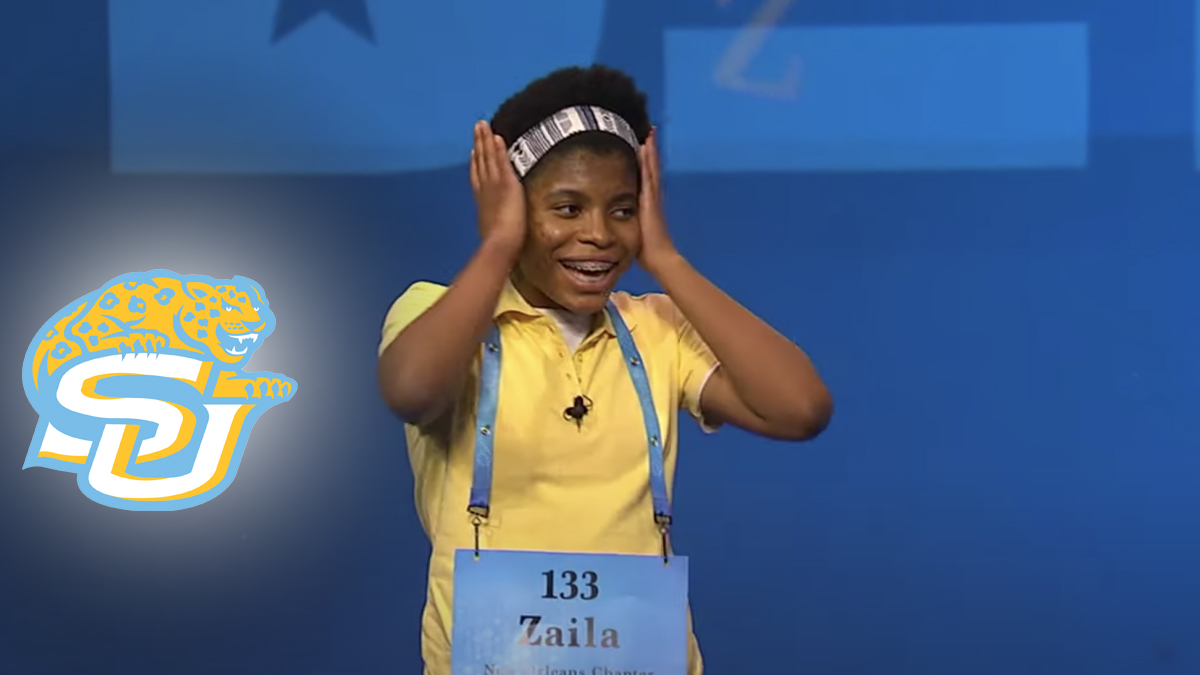 Scripps National Spelling Bee champion Zalia Avant-garde is a prodigy in sports and spelling. And she’s got a full ride waiting on her at Southern.

Zalia Avant-garde has taken the world by storm, and at least one HBCU wants her to know she has a home waiting for her.

Southern University System President Ray Belton made not one but two appeals to the 14-year-old spelling champion and emerging basketball superstar.

“We at SU celebrate you, Zaila! You a PHENOMENAL representation of our great state of #Louisiana in all that you do,” Belton stated on Friday. “If you would ever like to take a look at any of our campuses across the state, do let us know. #WeAreSouthern #HBCU”

A day later he took it a step further, offering the Louisiana native a scholarship.

“I am pleased to announce that  @Southernu_BR is offering #ZailaAvantgarde a full scholarship and “#Zaila Day” at SU, part of the nation’s only #HBCU system,” he tweeted. “Our student leaders, faculty, and alumni look forward meeting with you. We welcome you to the #JaguarNation! #WeAreSouthern.”

Avant-garde made history on Thursday night by becoming the first African-American to win the Scripps National Spelling Bee.

“I’m hoping that in a few years I’ll see a whole lot more African American females, and males too, doing well in the Scripps Spelling Bee,” Avant-garde said. “You don’t really see too many African Americans doing too well in spelling bees and that’s a bit sad, because it’s a really good thing … and kind of is a gate-opener to be interested in education.”

If that wasn’t enough, she already holds three Guinness World Records for trick dribbling. And she has basketball highlights galore on her instagram and twitter accounts.

Zalia Avant-garde, whose name was changed by her father to pay homage to John Coltrane, has said she would like to attend Harvard University. While she certainly has the intelligence and talent to do it, hopefully she’ll give Southern and other HBCUs a look as well.