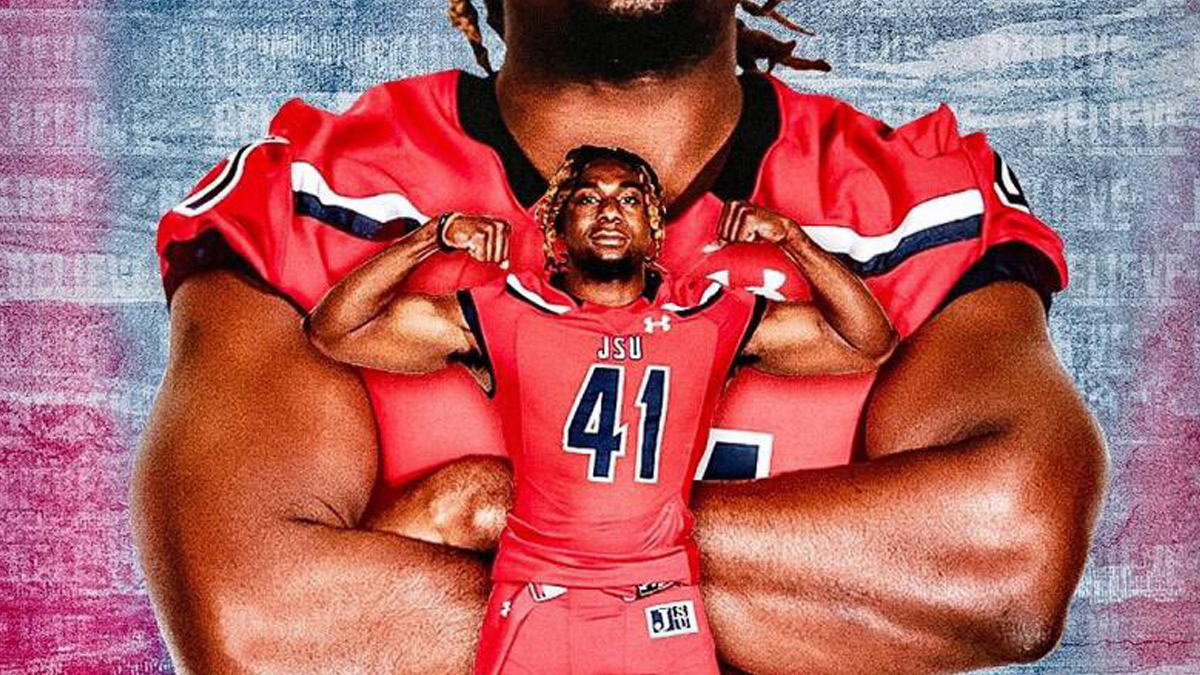 Former Florida linebacker James Houston announced that he is headed to Jackson State to play for Deion Sanders and Co.

James Houston has found a new home at an HBCU.

The graduate transfer from Florida is headed to Jackson State to join Deion Sanders’ program. He made the announcement Friday at noon, quoting a bible scripture along with the graphic of him in a JSU uniform.

Thank You To My Lord and Savior For This Opportunity

This Time We Got The Pen

Jeremiah 29:11~  I know the plans I have for you, declares the LORD, plans to prosper you and not to harm you, plans to give you hope and a future.”

James Houston put his name in the transfer portal in January.

“I Want To Start Off By Saying Glory To God!” he wrote on January 2. “Thank You To All Of Gator Nation and Everyone That Has Put Any Type Of Support Into Me! Thank You To My Teammates For All Of The Great Memories and Battles We Fought and Left Out There On The Field! I Am Now In The Transfer Portal!”

He will join a JSU linebacking crew that already has quite a few playmakers. Keonte Hampton was the SWAC’s Preseason Defensive Player of the Year heading into spring 2021. He finished with a team-leading 57 tackles including 3.5 tackles for loss. Right behind him was Aubrey Miller, who had 51 tackles and 4.5 tackles for loss in just five games.