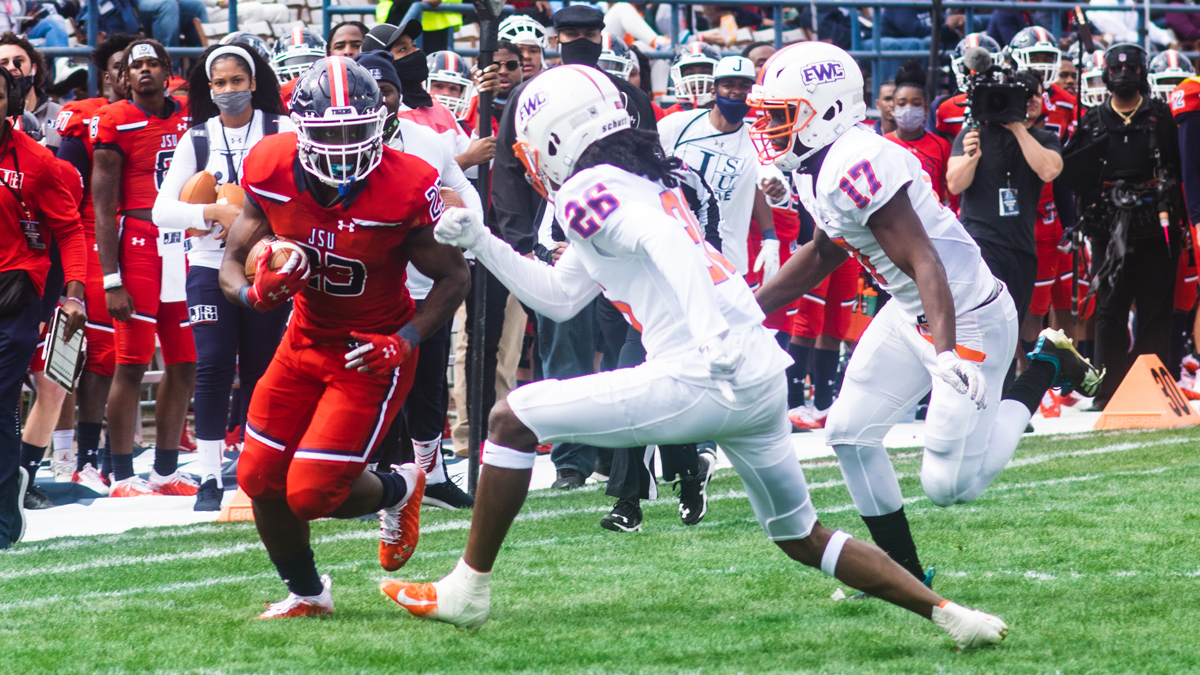 Former Jackson State running back Kymani Clarke has found a new HBCU home after a stint in the transfer portal.

Clarke will end 2021 at another HBCU playing for another coach who had a solid career in the NFL. He announced on Saturday that he has committed to play for Virginia State University.

“First off, I want to thank God for this opportunity throughout this recruiting process,” he wrote on Twitter. “I also want to thank all the coaches that recruited me through this long process that was not easy — being in the transfer portal. After talking with my family close ones I will be committing to…Virginia State University.”

The sophomore running back hails from Ocala, Florida. He played in eight games for JSU in 2019, accumulating 292 yards and one touchdown in 48 attempts, averaging 6.1 yards per carry. His best game as freshman came when he rushed for 174 yards and a score in an overtime win against Mississippi Valley State.

Clarke started off the spring 2021 season strong. He rushed for 92 yards on 18 carries, scoring twice against Edward Waters. He got another heavy dose of carries against Grambling, running 19 times for 70 yards as Jackson State beat Grambling State for the first time in nearly a decade.

That would be as good as it got this spring, however. He carried the ball just 10 more times the rest of the season, eight of them coming against Valley in the third game of the season. He didn’t get any carries in losses to Alabama State and Southern. He, like many other players, hit the transfer portal following the season.

“It’s a better opportunity for me, and the coaching staff is awesome,” Clarke told HBCU Gameday. “Also HBCU is the trending topic right now, so why not VSU?”

Virginia State is led by Reggie Barlow. The former Alabama State star spent nearly a decade in the NFL before eventually returning to his alma mater to coach. He took over at VSU in 2016 and led them to the CIAA Championship the following season. His star running back, Trenton Cannon, is currently in the NFL with the Carolina Panthers. Clarke is aware of that history and has some gaudy goals for himself.

“I plan on beating Trenton Cannon’s record to get to the league,” he told HBCU Gameday.

That’s a high bar. But if he can get anywhere close to it, it will definitely be a big win for VSU.