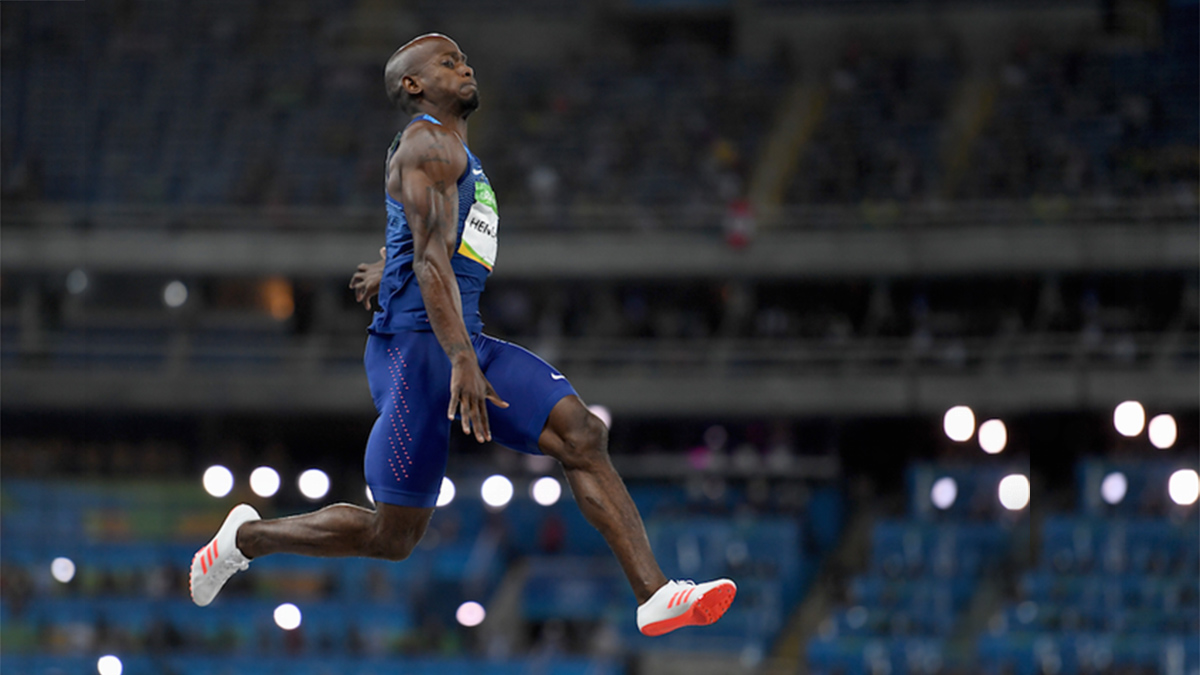 Stillman College alum Jeff Henderson has advanced to the men’s long jump finals at the U.S. Track and Field Olympic Trials, which will be Sunday, June 27 at 3:45 p.m. Pacific Time (5:45 p.m. CT). Henderson finished Friday’s qualifying round in seventh place with an 8.02-meter jump.

The Top 12 of 24 competitors advanced to Sunday’s finals. NBCOlympics.com and the NBC Sports app will live stream the events. Click her to track live results.

Henderson, the 2016 gold medalist at the Rio Olympics, jumped 8.02m in his first jump to move into third place through the first jump. He opted not to jump his next two attempts. He is joined in the finals by 2016 Olympian Jarrion Lawson, who led the field Friday with a 8.12m jump in his third attempt after two fouls. Lawson placed fourth in Rio in 2016.

Steffin McCarter from University of Texas was second after leading the field with 8.10m on his first jump and choosing not to jump again. University of Florida alum Marquis Dendy was second at 8.09m on his second jump. LSU’s JuVaughn Harison, who had the top mark of the year entering the trials, was fourth at 8.06m on his second jump. Rutgers alum Corey Crawford was fifth at 8.03m. Henderson, the top five and 11th-place Isaac Grimes of Florida State (7.88m) each reached the Olympic Trials with an Olympic standard mark of 8.22m or better this season.

Among those competing but failing to advance to the finals were 2012 Olympic Bronze Medalist Will Claye, who finished 24th at 7.18m, and fellow 2012 Olympian and Chicago Bears wide receiver Marquise Goodwin, who finished 18th in the qualifying round with a 7.57m jump.

Jeff Henderson is the only men’s long jumper in the trials who completed his collegiate career at the NCAA Division II level and the only graduate of a historical black college or university (HBCU).  A native of McAlmont, Arkansas, Henderson won two national titles for Stillman College at the 2013 NCAA Division II Outdoor Track & Field championships: the 100-meter dash (10.18) and long jump (7.81m). He was also runner-up in the 2013 championships in the 200-meter (20.65) to earn 28 points as High Point Athlete of the Meet and help Stillman to a program-best ninth-place team finish. Henderson earned his bachelor’s in business administration in 2013.