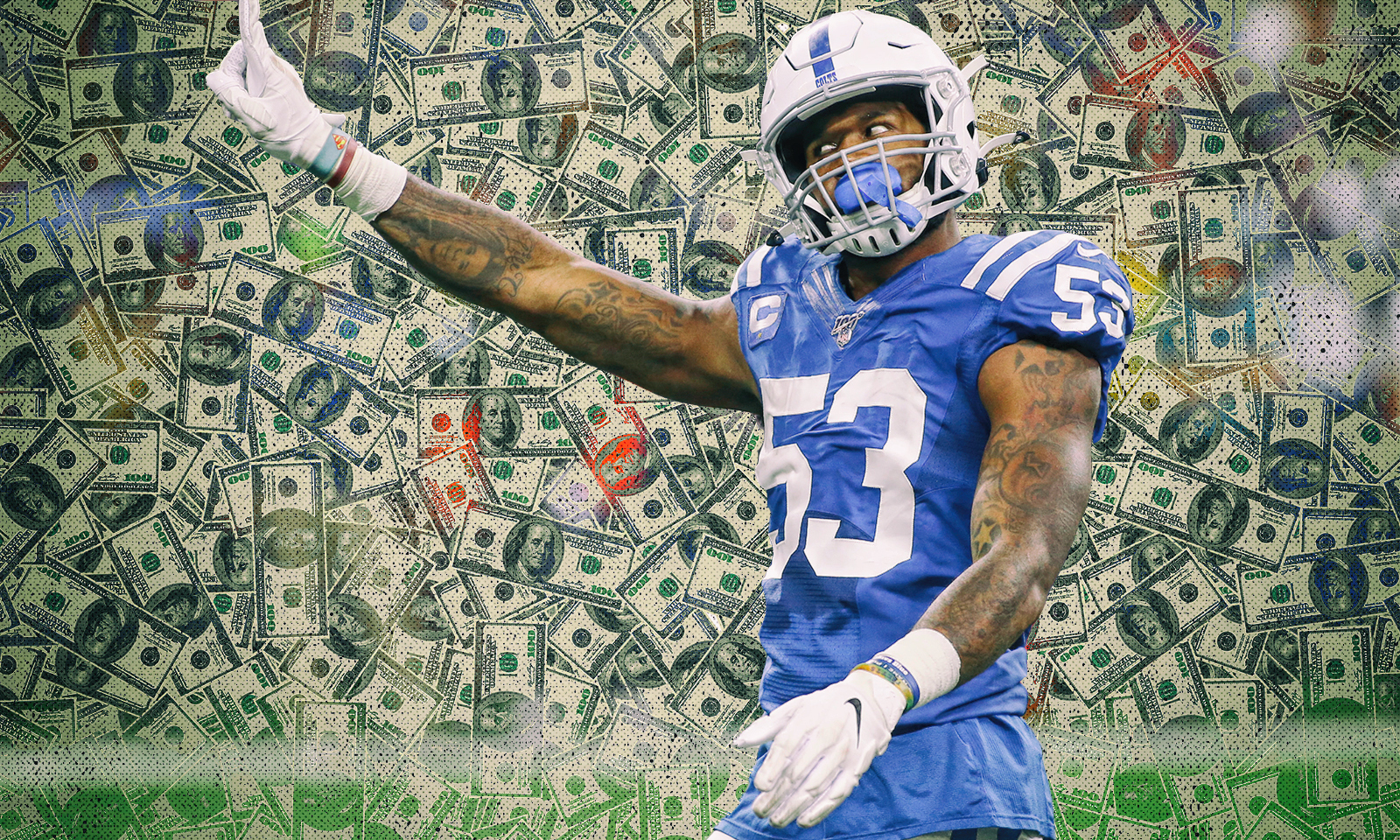 Darius Leonard has become a key franchise player in Indy and soon “The Maniac” will be getting paid like one. Will he be the highest paid LB?

Darius Leonard has become a key franchise player in Indanapolis and soon “The Maniac” will be getting paid like one.

Leonard was selected by the Indianapolis Colts as a second-round pick in the 2018 NFL Draft. Leonard dominated at South Carolina State University and his game instantly translated to the pros. He is now arguably a top three linebacker in the league and has the accolades to prove it.

In just three seasons, Leonard is already a two-time first-team All-Pro and a three-time Pro Bowler. He was named Defensive Rookie of the Year in 2018 and posted five interceptions in 2019. This was the most takeaways out of all NFL linebackers that season. His complete stat sheet boasts 416 solo tackles, 15 sacks, nine forced fumbles, and seven interceptions in 42 games.

Production begets a big payday and the Colts are prepared to give Leonard top dollar at his position. NFL Insider Ian Rapoport has already disclosed that the two parties have been in talks about a contract extension.

HOW LEONARD CAN RESET THE MARKET

Leonard is one of few off-ball linebackers that is great against the run game, passing game, and in zone or man coverage. He wreaks havoc when asked to blitz and he can make big plays in big moments.

Seattle Seahawks Bobby Wagner is currently carrying the largest contract at the linebacker position. Wagner signed a three-year, $54 million extension in 2019. This deal reset the off-ball linebacker market at the time as Wagner earned $40 million in guaranteed money and an average base salary of $18 million. Leonard is projected to make even more and reset the market yet again. The SCSU product has been just as productive, if not more than Wagner. Leonard is the first and only player in NFL history to post 15 sacks and seven interceptions through three seasons. He knows his worth and of course, he wants it.

Spotrac projects that Leonard will receive a four-year, $78 million extension with $42 million in guaranteed money. A deal is expected to get finalized before the week 1 kick-off in September. The Indianapolis Colts will need to give Darius Leonard his asking price or he could easily find another team to sign a blank check.