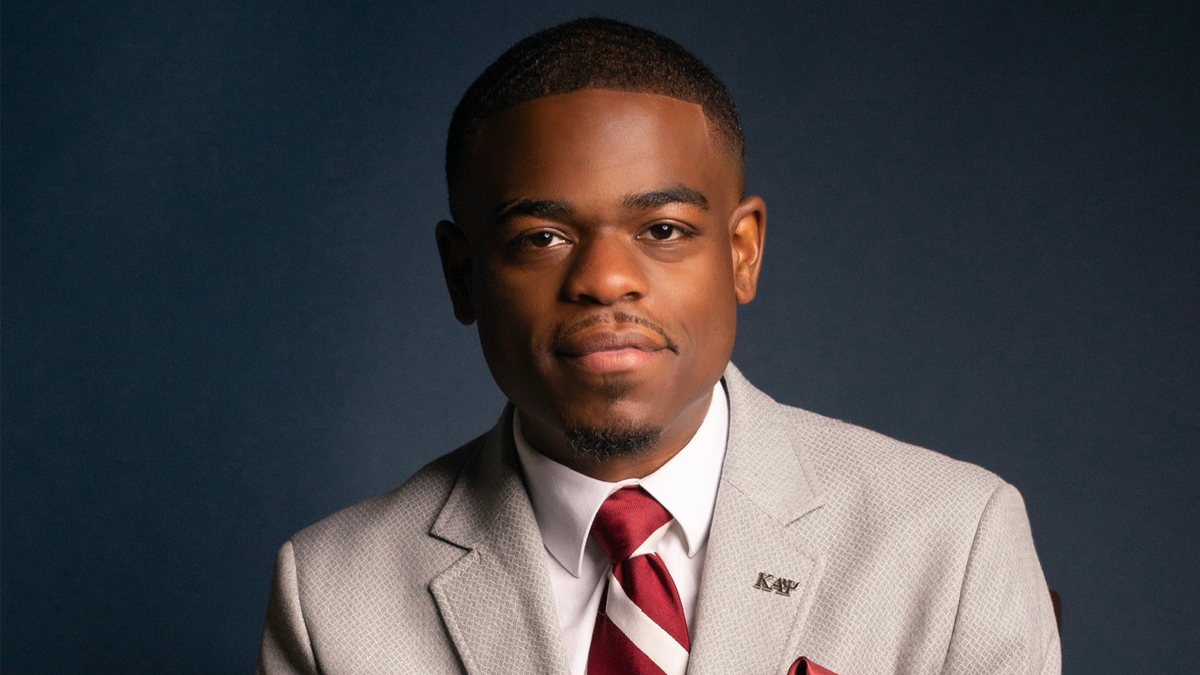 HOUSTON (June 23, 2021) – Texas Southern University has named Mr. Brian Simmons as the new Director of The Ocean of Soul Marching Band and an instructor in the Music Department.  He will step into this new role on Monday, July 5th, 2021.

“It is an honor to join the TSU Family. Texas Southern has always been a respected rival of mine.  I am excited to work with a program with so much history both in the band and HBCU world,'”  said Brian Simmons. “I look to honor the rich history and traditions of the “Ocean of Soul” while incorporating new and innovative ideas. Fans and alumni can expect to see what the band is known for as we rise to the next level. Ultimately, it will be the same Ocean, just a new wave!”

The Texas Southern University band was founded in 1945 by Mr. Allen E. Norton. The Ocean of Soul, affectionately known as the 9th Wonder of the World, was founded by Mr. Benjamin J. Butler II in 1969. The  Ocean of Soul has performed at numerous high-profile events, including Super Bowl XXXVIII,  the 2013 NBA All-Star Game Pregame Concert and the 2018 NCAA Final Four. Most recently,  the Ocean was featured in the 2021 Netflix series High on the Hog.

Notable parade performances include the 2014 NFL Hall of Fame Induction Parade, the 2017 Houston Astros  World Series Victory Parade, the HEB Thanksgiving Day Parade and the Krewe of Endymion  Mardi Gras Parade. In addition, the Ocean has performed with celebrities, award shows, movie premieres and several musical performances for various NBA, MLB and NFL teams. You can always catch the Ocean on select TSU televised home football and basketball games during the school year. The band consists of more than 200 students majoring in different disciplines, all of whom rehearse and perform as part of a year-round program. Mr. Simmons will be the 5th  Director of The Ocean of Soul and succeeds Dr. Darryl Singleton.

“The College of Liberal Arts and Behavioral Sciences welcomes Mr. Simmons to TSU, to the  Ocean of Soul and to the Music Department. I would like to thank all members of the search committee for moving us to this point,” Needha Boutte-Queen, Dean College of Liberal Arts and  Behavioral Sciences. “We are thrilled that Mr. Simmons accepted this opportunity to lead the historic Ocean into the future. His talents are widely known and will help propel the Ocean of  Soul to new heights.”

A native of New Orleans, LA, Mr. Simmons earned a Bachelor of Music and Master of  Educational Leadership from Southern University. He also serves as an adjudicator and clinician to middle and high school bands nationwide. In addition, Mr. Simmons is an exceptional euphonium and trombone player. He is also a prolific arranger and educator respected throughout the country. He has received many awards and critical acclaim for his performances and arrangements. Mr. Simmons was appointed Director of Bands and Director of Fine Arts at the Louisiana Leadership Institute (LLI) by Louisiana Senator Cleo Fields. In January 2021,  Simmons led LLI as they were selected to participate in the Inauguration of President Joe Biden and Vice President Kamala Harris.