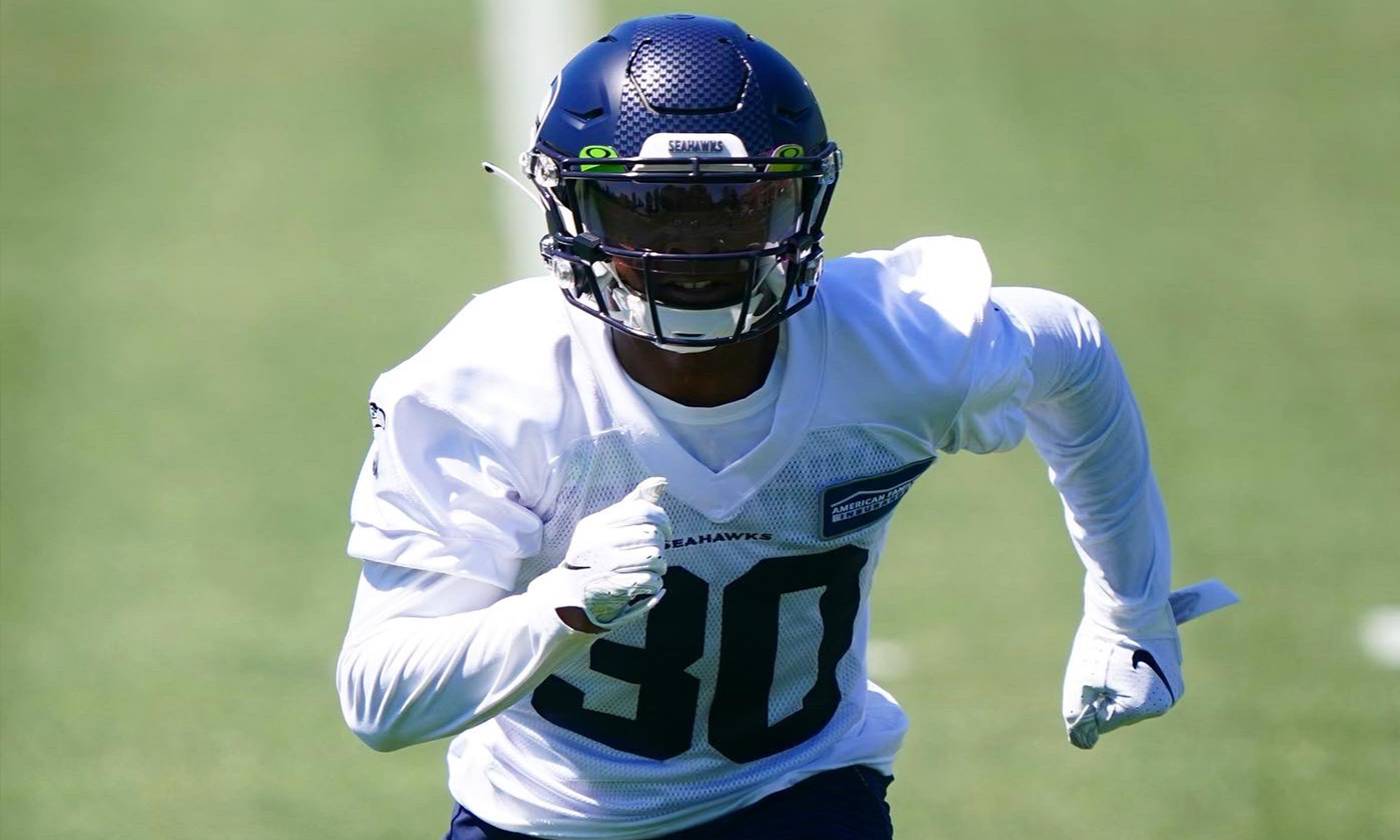 With training camp starting in a few weeks, Bryan Mills has the tools to standout in the Seattle Seahawks cornerback group.

The North Carolina Central product signed an undrafted free agent contract with the Seahawks after the 2021 NFL Draft. Mills is coming into a team that lost two of its starting corners, Shaquill Griffin and Quinton Dunbar, in free agency. Now the Seahawks are encouraging everyone to step up and claim a role in the secondary as their own.

BREAKOUT YEAR WITH THE EAGLES

Mills is a former FCS All-American who secured a UDFA contract even though he sat out of his senior season in 2020. Mills transferred to NCCU as a junior in 2019 after beginning his college football career at the College of the Canyons. He made an instant impact with the Eagles and was voted First Team All-MEAC while leading the conference with five interceptions in 2019. Mills also posted 22 tackles and 13 pass deflections in his 12 games with Central. Even though he did not compete in 2020, his one-year performance with the Eagles was enough to punch him a ticket to the 2021 Reese’s Senior Bowl.

Mills showed off his fluid hip movements and ability to mirror receivers in man coverage during the Senior Bowl. His ball awareness plus his 6-foot-2 180-pound frame is the perfect fit for an NFL outside corner. With Griffen and Dunbar out of town, Seattle is looking for just that.

COMPETITION IS SLIM FOR BRYAN MILLS

Seattle is likely to retain six corners on their 53-man roster this seasons and Mills size and football IQ leaves him with the a good chance to make the final cut. The projected starters for the ‘Hawks are Ahkello Witherspoon, D.J. Reed, and Marquise Blair. Witherspoon is a veteran db that signed a one-year deal with the Seahawks after spending time with the San Fransico 49ers. Reed is a young corner returning to the squad after stepping into a starting role in the final eight games last season. Reed put up numbers but he is undersized at 5-foot-9 and Mills has the upperhand there. Blair is a young slot corner coming into his third year after missing significant time due to varius injuries. Even though Blair has been lining up in the slot in the NFL, the Seahawks have been flirting with the idea of moving him to safety. Blair played safety in college at Utah and if he returns to that position, Mills will have even more opportunity to shine at corner.

After that, the competition takes a weird turn. There are nine other guys Mills will compete against at training camp. The list includes Ugo Amadi who was selected by the Seahawks in the fourth round of the 2019 draft. Amadi had five starts last season and will likely return to play in the slot. Pierre Desir is a journeyman who has bounced around fice different teams. Desir had his best years in 2018 and 2019 and may secure a spot solely off if his veteran presence. Tre Flowers in on the last year of his rookie deal and has 37 starts in his three season with Seattle. Tre’ Brown was selected by the Seahawks in the fourth round of this years draft. Brown was selected out of Oklahoma and is expected to line up on the outside. Brown’s 5-foot-10 frame will be risky as on outside corner and Mills will again have the upperhand when it comes to size. Damarious Randall is returning veteran that appeared in ten games last season at safety. Randall is expected to tranisition back to the corner position this year as he was production in that role before. The remaining guys include Gavin Heslop, Jordan Miller, and Savion Smith. These three have been predominantly practice squad players and haven’t proved any consistency on the NFL level.

Bryan Mills size and man coverage skills will enable him to stand out when training camp begins. The Seattle Seahawks are a team with no set star or even starters in their cornerback room. Mills will come in as an underdog but he is in a position to leave a big impression in an undersized group. NFL teams must cut their roster to 85 players by Aug. 17, 80 players by Aug. 24, and 53 players by Aug. 31.

764
The Latest in HBCU Sports and Culture