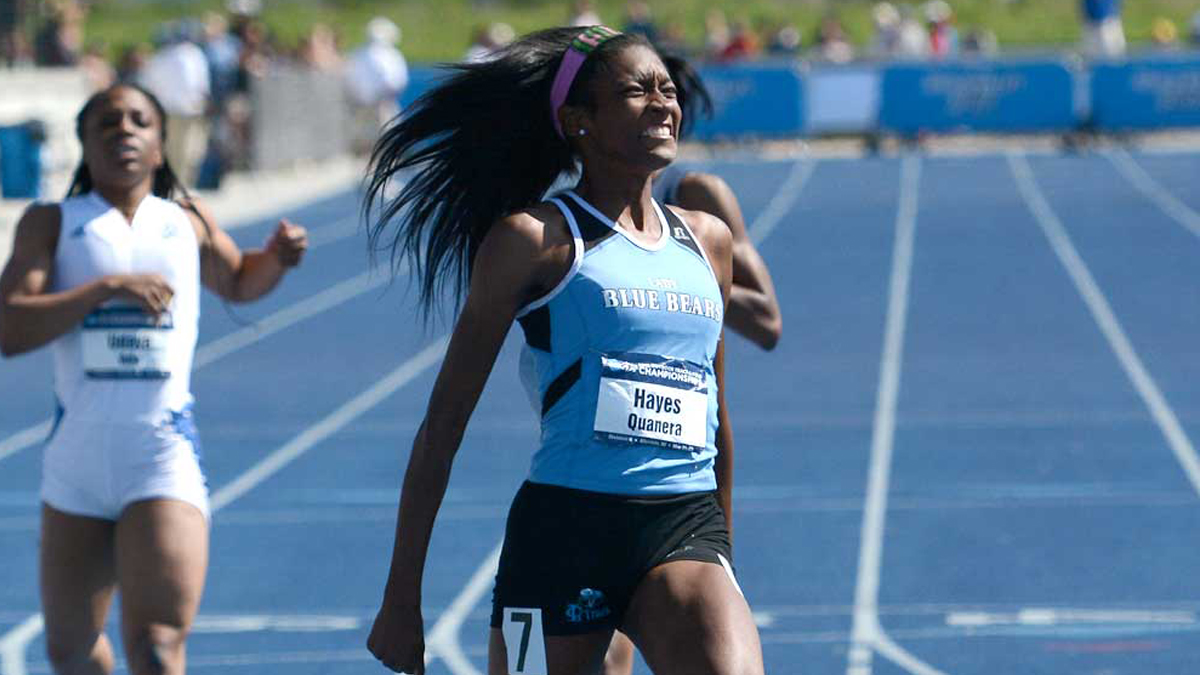 Former Livingstone College track star Quanera Hayes got off to a fast start and maintained to advance at the Olympic Trials.

Quanera Hayes wasn’t one of the HBCU products a lot of people were talking about as the US Olympic Trials in track and field got underway on Friday night. But she was the first to move to the semifinals.

The former Livingstone College speedster won her 400m heat, advancing to the semifinals with relative ease.

“My main thing was to stay out of my head and to make sure that I advance — get a placement in the next round,” she said.

In fact, it was almost too easy. The bronze medalist in the 2016 world indoor championships, Hayes got off to a big lead and started to cruise in the last 60 or so meters before picking it up to finish first in her heat. She clocked in a 52.34.

Hayes said she trained hard early in the season, but her coach had her back off as the Olympic trials got closer. She said she was able to focus on staying fluid and not over-running.

“Us backing off and doing the tempo work allowed me to get back to my regular running pace, my regular running stride,” the Hope Mills, NC native said. “And I was able to be a lot more comfortable with where I was in my training.”

Hampton University’s Francena McCorory, the other HBCU alumna in the second women’s 400m heat, fell short of qualifying. The two-time gold medalist in the 4×400 (2012, 2016) finished fifth in the same heat.

Quanera Hayes will compete in the 400m Olympic Trials semifinals on Saturday night. The event starts at 10:30 EST.