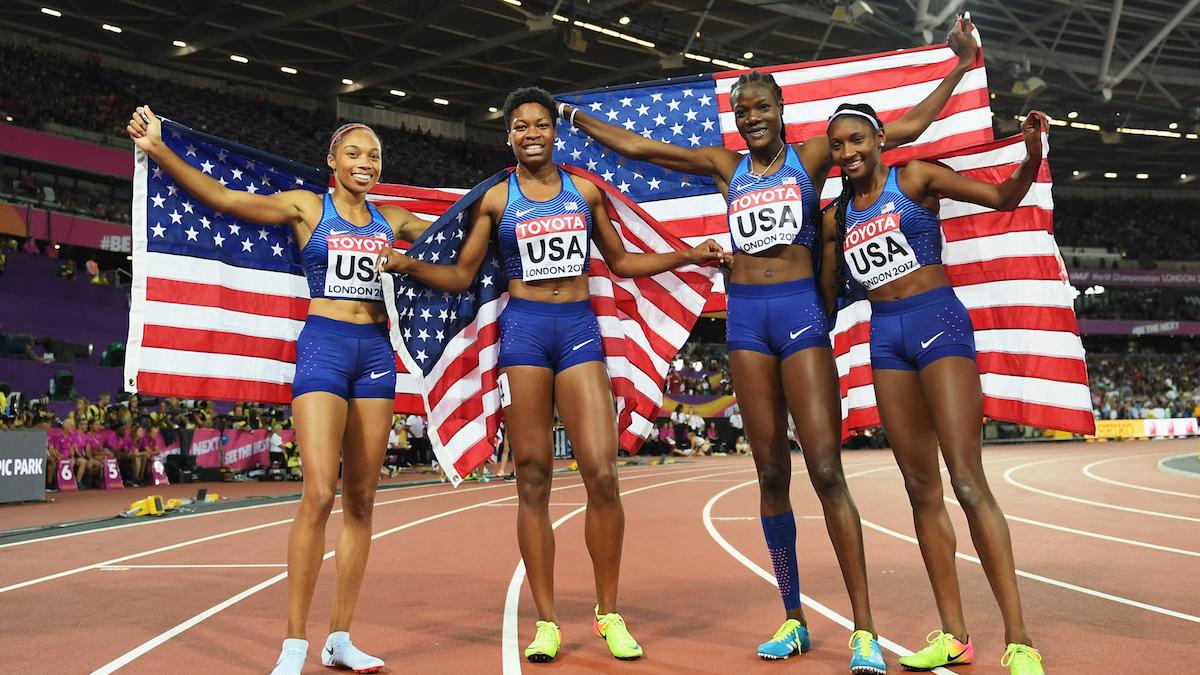 Quanera Hayes, Allyson Felix, Shakima Wimbley and Phyllis Francis won by the largest margin of victory in world championships history – male or female – to capture the first Team USA gold medal in the event since 2011. The United States won silver medals in 2013 and 2015.

That translated to a distance of about 50 meters.

“The 4×4 is kind of crazy” – @allysonfelix
YOU CAN SAY THAT AGAIN! 😳
Find out what went down ➡️ https://t.co/k1C0tLXQeR pic.twitter.com/4V2OCJaZsi

Team USA posted the fastest time in the world this year. The previous best was Team USA’s semifinal time of 3:21.66.

Hayes was a four-time NCAA Division II champion at Livingstone College and 400-meter medalist at last year’s U.S. and World Indoor Championships.  In June she won the 400-meter sprint title at the 2017 U.S.A. track and field outdoor championship. She posted the fastest time in the event in the world at that point at 49.72 seconds.