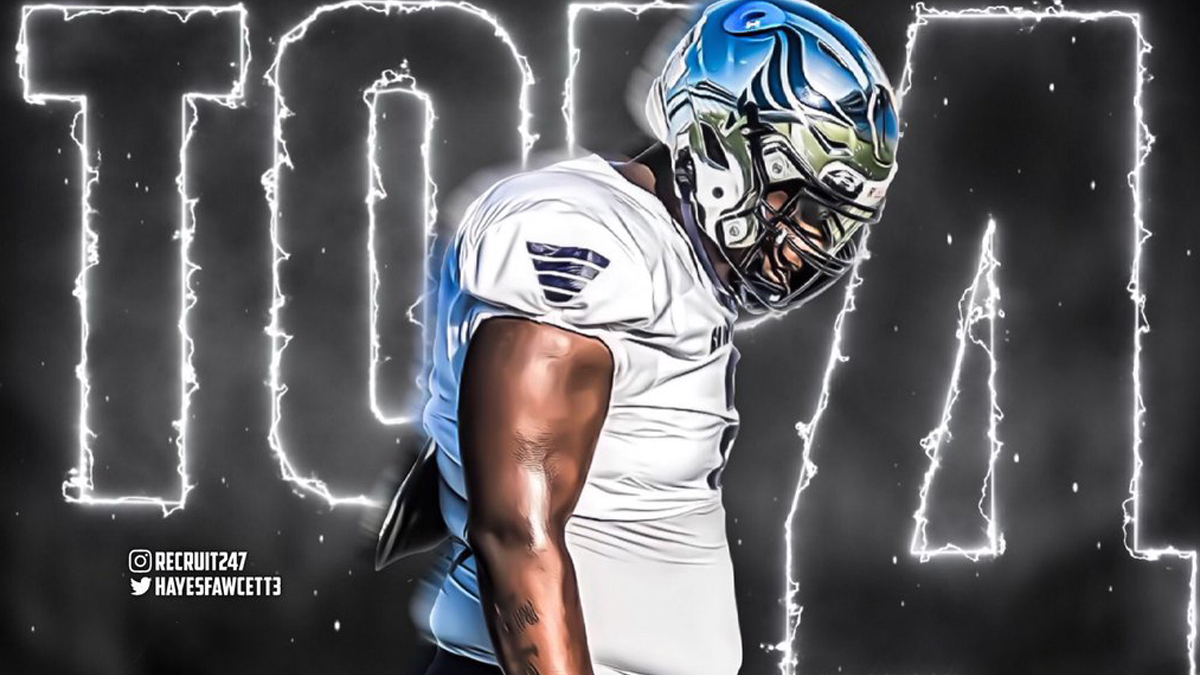 Travis Shaw is a five-star prospect, and one of the top ten players in the 2022 high school class. And he’s got an HBCU in his top five.

When you are a five-star recruit like Travis Shaw, you have your pick of schools. The 6’5, 310 pound defensive lineman released his top four schools, and North Carolina A&T was on the list with three Power Five programs.

A&T made the list along with Georgia, Clemson and the University of North Carolina. Shaw posted it via Twitter on Tuesday evening.

Shaw plays his high school football at Greensboro’s Grimsley High School, just around the corner from A&T. He’s rated as the top player in North Carolina by 247 Sports, as well as the fourth-best defensive lineman and ninth-best prospect in the 2022 class. He had 110 tackles as a sophomore in 2019, 18.5 of them going for a loss and 12 of them registering as sacks.

Here’s what Charles Power of 247 Sports had to say about him last July:

Has a large, wide-hipped build with a thick lower half. Already holds over 300 pounds in the offseason prior to his junior year. Will need to guard against getting too heavy over the final two years of his high school career. Light-footed athlete and makes a variety of impressive plays while lining up at defensive end and on the interior. Shows the ability to bend and sink his hips on contact and has the strength to forklift opposing offensive linemen into the backfield. Also shows the speed to track down plays in pursuit. Flashes some unique athleticism as a standup edge rusher at over 300 pounds. Plays fast and has quick recognition skills. Ultimate ceiling as a prospect may be determined by how he continues to progress physically throughout high school but has displayed a high floor due to his already projectable size and skills. Projects as a multi-year starter at the Power Five level with the upside to develop into an early round NFL Draft selection.

Travis Shaw has a total of 27 offers, according to 247 Sports. Those offers include most of the ACC and SEC, as well as the soon-to-be Big South school in his back yard.