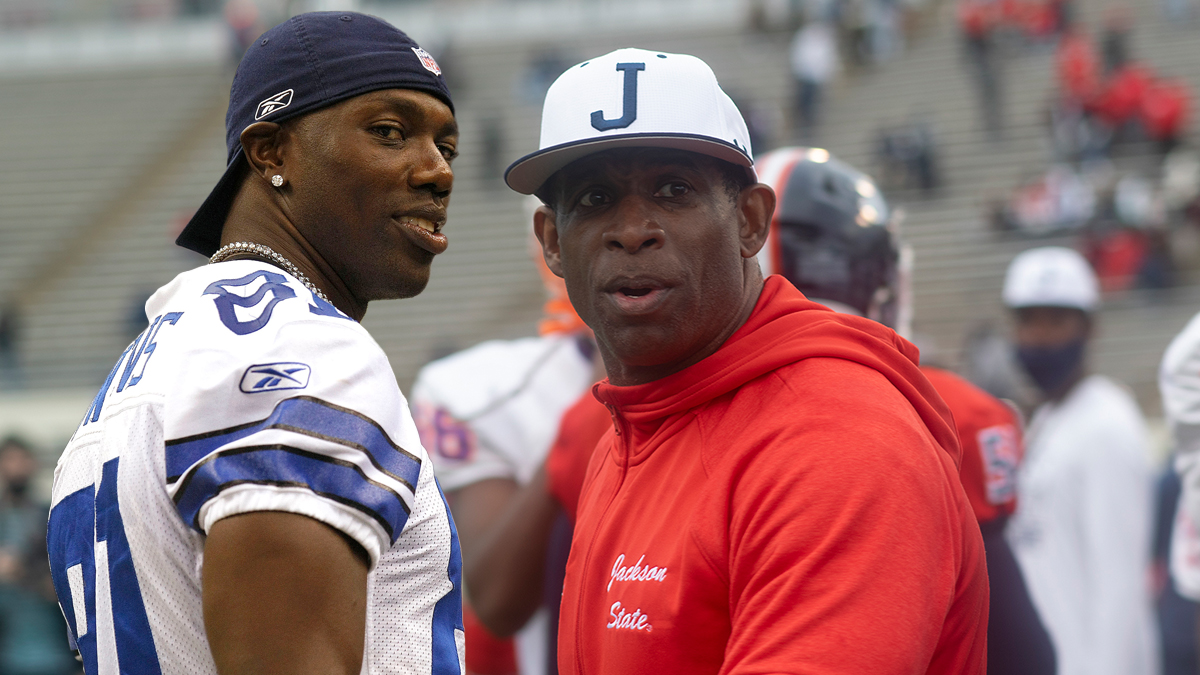 Terrell Owens, others to coach at Deion Sanders camp

The pro coaches for the first Deion Sanders camp for prospects includes Hall of Famer Terrell Owens among other former NFL stars.

The list of pro coaches for the first ever Deion Sanders Camp at Jackson State has some heavy hitters.

Pro Football Hall of Famer Terrell Owens will serve as a coach. So will three-time Pro Bowl corner De’Angelo Hall.

There will also be two former HBCU stars and NFL players coaching at the camp as well: Howard alumnus and Super Bowl champion Antoine Bethea will be there. And so will Florida A&M alumus and former Dallas Cowboys offensive lineman Nate Newton.

The camp will also feature four current players — headlined by Tyrann Mathieu of the Kansas City Chiefs. Cornerback Kareem Jackson of the Denver Broncos will be at the camp as will Baltimore Ravens corner Marcus Peters. Rounding out the list is New Orleans Saints linebacker Demario Davis.

The Deion Sanders camp is being sponsored by Gatorade. It will take place on Friday night, June 18th at Mississippi Veterans Memorial Coliseum.

The camp was initially announced back in early May. Sanders invited all HBCUs to the camp, as well as schools in the SEC.

Calling All Dogs we want to see you Live baby! This is my 1st college camp with @gojsutigersfb and i expect the best talent from ALL OVER! This is a satellite camp and their will be many schools on hand that could offer u a scholarship on the spot, I know I am if u got it. More details will come but this is 1 that you and your parents better not procrastinate about. All HBCU’s YOU ARE PERSONALLY INVITED FROM ME! #CoachPrime All Local Businesses let’s pull together on this 1 and do what hadn’t been done. Let’s give all these visitors a true Jackson Mississippi Experience of professionalism & Hospitality.”

Approximately three hundred prospects are expected to attend. The cost is $21 per camper.

Terrell Owens, others to coach at Deion Sanders camp