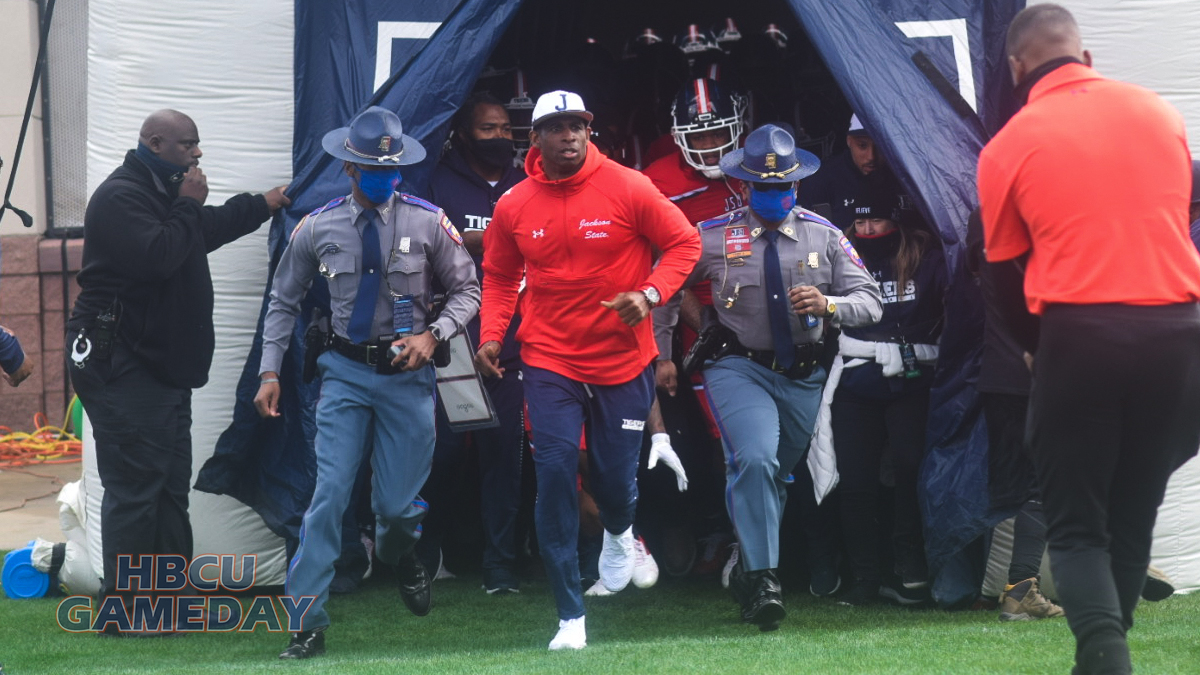 Deion Sanders is ready to launch his first-ever satellite camp. The Jackson State coach is opening it to all HBCU coaches

With one season under his belt and another on the horizon, Deion Sanders has announced he’ll add another day of instruction to his calendar.

The Jackson State head coach announced on Monday that he is holding a one-day sattelite camp on June 19th. He’s inviting all HBCU coaches to be a part of it as well as extending the offer to the SEC and OVC. The camp is open to all ninth through 12th graders.

Satellite camps have been around for years. They allow coaches to travel and work as guest coaches at camps hosted by other institutions. They have become increasingly publicized and controversial in recent years (remember Jim Harbaugh’s nationwide tour?) but they allow coaches a chance to see emerging young talent.

The announcement of Sanders’ camp comes one day after he lamented the fact that no HBCU football players were selected in the NFL Draft.

‘I witnessed a multitude of kids that we played against that were more than qualified to be drafted,” Deion Sanders said. “My prayers are that This won’t EVER happen again.”