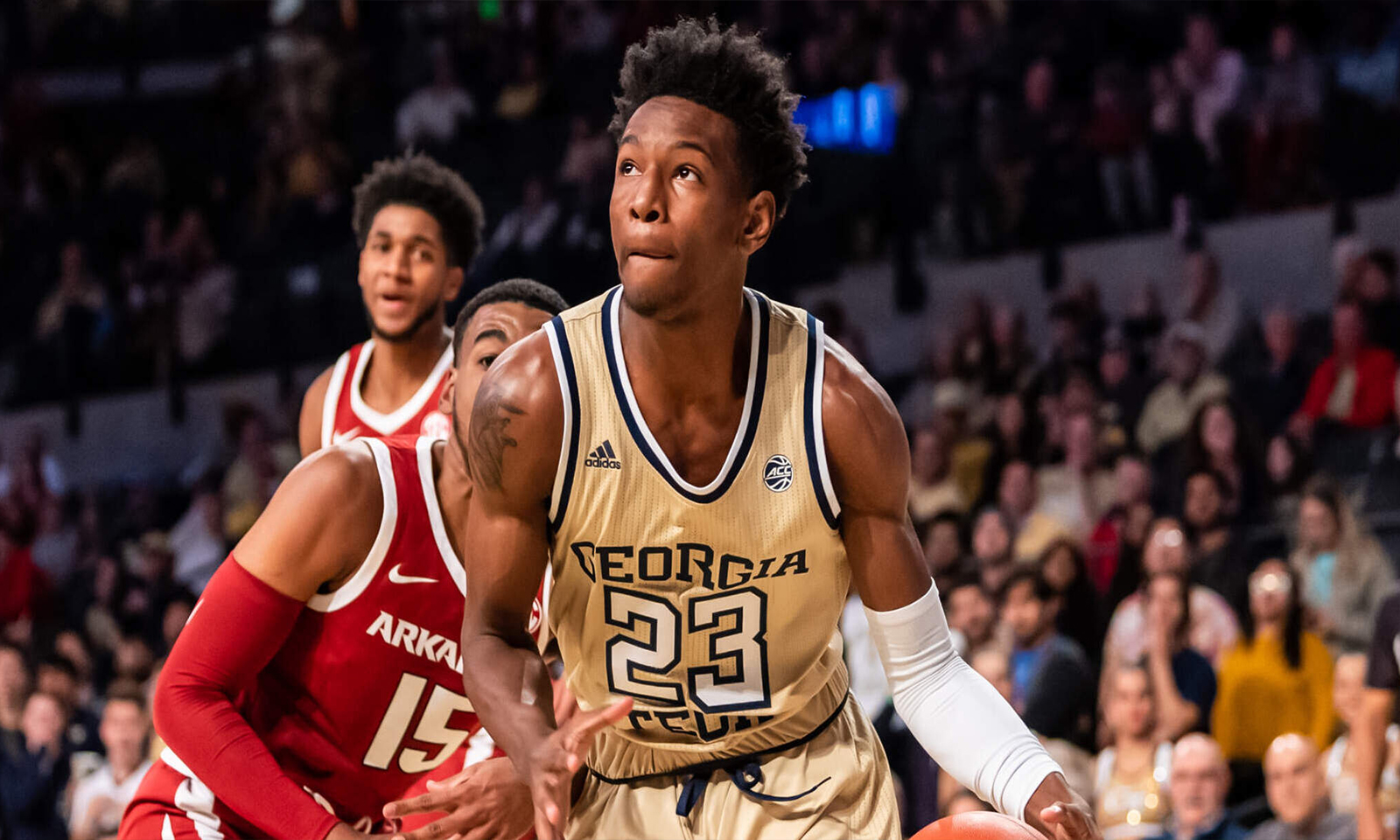 Asanti Price in the ACC and JUCO

Asanti Price spent his freshman season with the Georgia Tech Yellow Jackets in 2019. The South Carolina native was the #11 ranked player in the state and a three-star recruit coming out of  W.J. Keenan High School. He turned down several offers from programs including Xavier and Kansas State to hoop with the Jackets. Price appeared in 15 games as a freshman and averaged 15 minutes, three points, and two boards while shooting 29.6 percent from the field. He posted a season-high six points against Nebraska and pulled down a season-high 10 rebounds in a game against Elon. Price announced he was transferring from Tech immediately after the season.

“Me and the coach wasn’t on the same page,” Price explained to the media at the time “Also, I want to explore my options because I believe I didn’t take time in my recruitment and it ended up not good for me my freshman year.”

Price enrolled with Barton Community College for the 2020-21 basketball season. Price appeared in 26 games for the Cougars while averaging 12 points, four rebounds, and two assists. He shot an impressive 41.2% from the field and 37.6% from behind the arc. Price was praised for his ability to stretch the floor coming out of high school and certainly showed it at Barton.

How Price fits with the Eagles

The Eagles are bringing Asanti Price in at the perfect time as they recently lost two key members of their backcourt to the transfer portal. Senior guards Jordan Perkins and C.J. Keyser announced in March that they would be playing their extra season of eligibility elsewhere. Perkins was a true facilitator that finished his NCCU career second all-time in assists with 528. Keyser spent two seasons at NCCu after transferring from Wichita State and posted an average of 16.5 points per game this past year. The sharpshooter also was also named first-team All-MEAC for the 2020-21 season.

The Eagles went 5-9 last season after winning back-to-back MEAC Tournament titles in 2018 and 2019. With Price in the lineup, the team is eager to bounce back quickly.