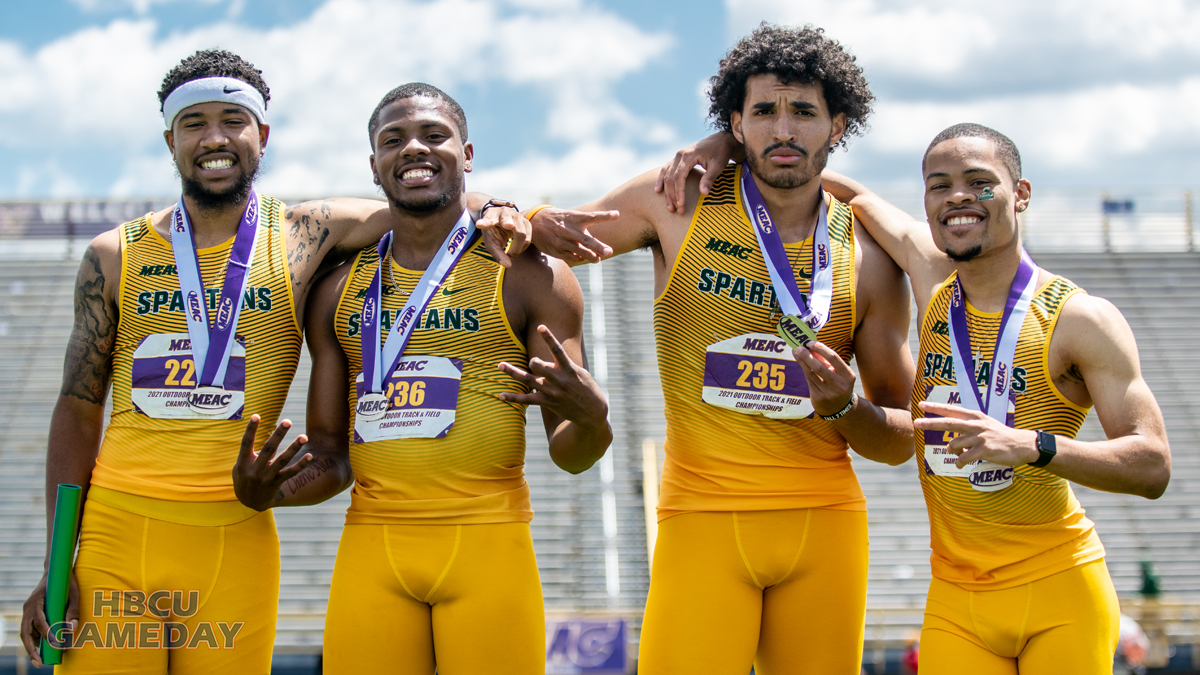 Norfolk State University’s 4x100m men’s relay team is the second in school history to reach the NCAA Division I Track and Field Championships.

NORFOLK, Va. – The Norfolk State University men’s 4×100 relay team will participate in the 2021 NCAA Outdoor Track & Field Championships beginning Wednesday at the University of Oregon’s Hayward Field. The Spartans will run in the first heat of the semifinals at 8:02 p.m. ET on Wednesday evening.

The top two finishers in each of the three heats plus the next two fastest times will advance to Friday’s event final. Wednesday’s running events will be broadcast live on ESPNU, while Friday’s final round will air on ESPN2.

This year’s 4×100 relay team became just the second in NSU history to advance to the Division I outdoor nationals after posting a time of 39.37 seconds at the NCAA East Preliminary Round on May 28. The quartet of Kai Cole, Anthony Franklin, Bryan-Madison Ahouman and Keith Brown placed ninth overall at the meet after entering seeded 23rd out of 24 entering the regional. Savien Hayes and Trequan Barnes are also in NSU’s relay pool.

The 39.37 clocking is the second-fastest in Norfolk State history, behind only the team of current assistant Malcolm Watts, Ramon Clay, Brian Lewis and Tim Montgomery that ran 39.20 in winning the Penn Relays Championship of America in 1996. Watts, Lewis and Montgomery went on to run in the Olympics.

The only other Spartan relay team to advance to the Division I Outdoor Track and Field Championships was the 1998 squad featuring Watts, Christian Williams, Claude Toukene and Joel Mascoll. The team placed seventh at the national meet that year.