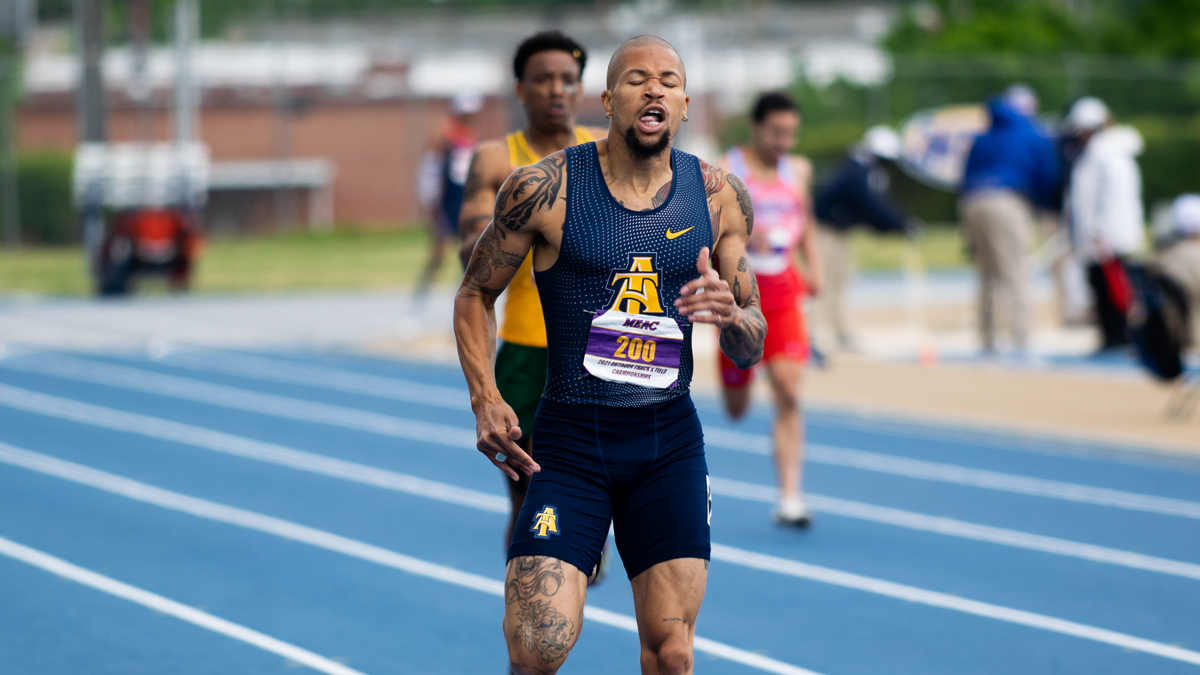 North Carolina A&T track paced all HBCUs, as well as most SEC and ACC programs, with its performance in the East Regionals on Friday night.

Friday was a great day for HBCU track in general, and North Carolina A&T track in particular.

A&T took home first place finishes in relay and individual events, including both of the top spots in the 400m in the NCAA Division I Track and Field East Regional at Hodges Stadium in Jacksonville, FL.

A&T track finished the night with a dominant, record-setting 4×400 relay that set a facility mark. The 2:59.21 performance by the quartet of Daniel Stokes, Akeem Sirleaf, Randolph Ross and Trevor Stewart was the fastest time in the world this year.

The Aggies started off the afternoon by smashing a facility and meet record with a time of 38.54 in the 4x100m relay. Freshman Javonte Hargrove managed to hold off a late rally attempt by Georgia to secure the top spot in the region.

The 4×100 proved to be a great race for the MEAC. Not only did A&T finish first, but Norfolk State (39.37) and Coppin State (39.57) also qualified for the nationals in Eugene. NSU finished ninth while CSU copped the final spot, finishing 13th.

The 400m quarterfinal saw Aggie runners Stewart and Ross go 1-2, both winning their individual heats. Stewart finished with a time of 44.59 seconds, just off the facility record of 44.51 set earlier this year by the senior. Ross, a sophomore, ran 44.86 to book his spot in Eugene. Norfolk State’s Trequan Barnes ran a personal best 46.11, but just missed qualifying for nationals.

HBCUs also did well in the 400m hurdles. FAMU’s Jaylyn Scott finished seventh in the event with a time of 50.36, just ahead of A&T’s Akeem Lindo’s 50.40. Both advance on to the NCAAs.

A&T’s Cory Poole was the lone HBCU qualifier in the 110m hurdles. He ran a 13.64, good for tenth among the field. Abbas Abbkar of A&T qualified for nationals as well, getting a big push in the final 200m to run seventh with a personal best of 1:48.22.

The National Championships will be held in Eugene, Oregon on June 9-12.