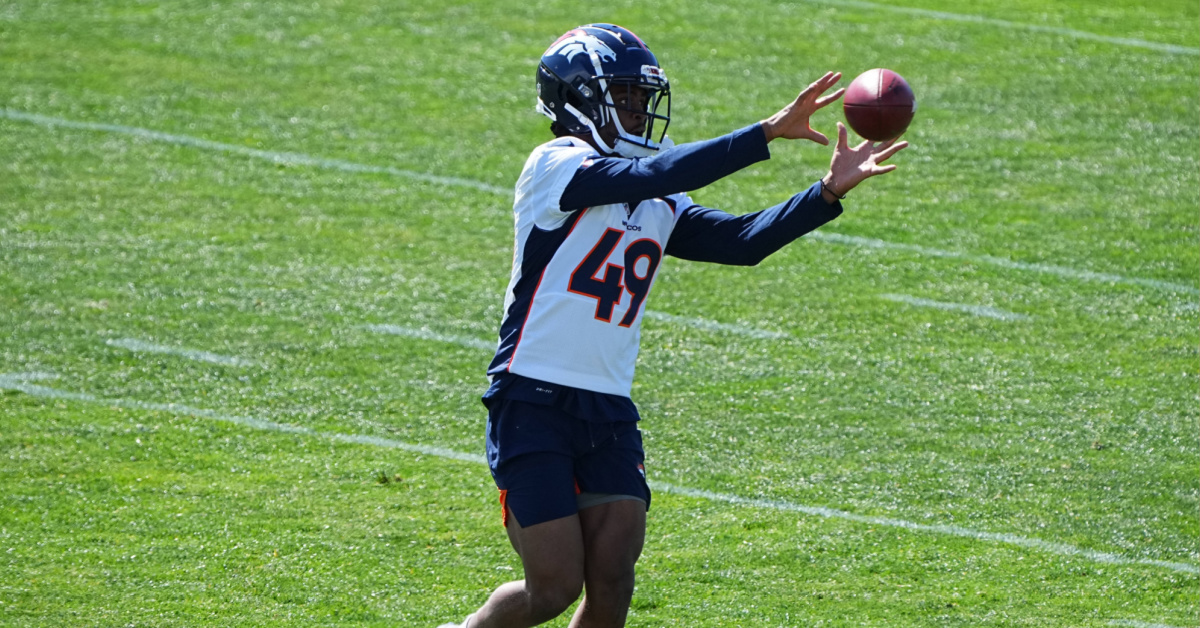 The competition will be stiff for Mac McCain in a loaded Denver Broncos cornerback room but there could be a role for him in the slot.

The NFL OTA (official team practice activities) period teases football fans with a first look at their post-draft newbies. But more importantly, it’s a chance for undrafted free agents to leave a lasting impression on their respective coaching staff. Franklin “Mac” McCain III of North Carolina A&T plans to do just that this summer.

The three-time All-MEAC defensive back signed with the Denver Broncos after going undrafted in the 2021 NFL Draft. McCain was expected to be a late-round pick after shining at the NFL HBCU Combine. Unfortunately, he slipped into a free agency like many other Black College football stars. It was recently reported that the Broncos signed McCain to the second-highest contract amongst their 11 college free agent signings. This is a positive sign for his future in Denver as the Broncos have kept an undrafted rookie on its 53-man roster in 16 of the last 17 years.

The cornerback room will boast some stiff competition for McCain as Pro Football Focus has ranked Denver’s secondary as one of the most improved. The team used its ninth overall draft pick to select Alabama cornerback Patrick Surtain II. They also added two talented veteran corners in Ronald Darby and Kyle Fuller in free agency. Returning to the squad is Bryce Callahan, who was Denver’s most productive corner before his injury.

Kyle Fuller is expected to be a starter heading into his seventh season. The former Pro Bowler is elite in man coverage and will be a top playmaker for the Broncos. Opposite of him looks to be six-year veteran Ronald Darby. Darby reported to the media that he was lining up at right corner during OTAs. Bryce Callahan missed the end of last season with an injury and is poised to bounce back. Callahan has the ability to play in the slot and on the outside. His versatility will keep him on the roster even with the competition in the room. Patrick Surtain brings the same versatility from the Crimson Tide as he can line up anywhere in the backfield. The Broncos added another SEC corner in Kary Vincent Jr. with their seventh-round pick. Vincent was a two-year starter for the Tigers and could compete for minutes in the slot. Michael Ojemudia was thrown into the starting lineup for the Broncos as a rookie last year and will look to keep a spot as a depth corner.

McCain comes in with high praise as being one of the top defensive players in the FCS. He tallied 113 tackles, eight interceptions, 22 pass breakups, and 30 pass deflections in 20 games. His most impressive stat is his 374 career interception return yards that resulted in four touchdowns. McCain was primarily an outside corner in college but scouts predict that he will thrive in the slot in the NFL. His shiftyness and speed will surely offer him an opportunity to compete for minutes as a nickleback in dime packages.

Assuming that McCain’s size limits him to the slot this year, we will look at how he could fit in this current DB roster. Broncos head coach Vic Fangio is a defensive mind that will have a hand in the situation. Fangio is a guy that uses four corners and two safeties on the field in his dime packages (six defensive backs). His heavy use of corner play could very well result in more roster room for newcomers like McCain. Fangio also mentioned to the media that he could never have “too many” defensive backs. Another positive note.

Mac McCain being labeled a slot corner does have its downsides in a league where outside corners are more valuable. On this Denver roster, Surtain II and Callahan will instantly lock time on the inside. Even though Vincent Jr. was a late-round pick, his SEC resume will give him an extra look as well. Young corners Essang Bassey, Duke Dawson, and Nate Hairston will be returning for the Broncos and competing for a role inside. The Broncos also signed a young Parnell Motley to the unit. All in all, the competition is stiff in the cornerback room. Darby, Surtain II, Callahan, and Fuller are the only certain locks for the secondary. Vincent Jr. will likely hold a roster spot as well. This leaves Dawson, Bassey, Motley, and Hairston as the real competition. Out of the bunch, Motley is the most unproven as he went undrafted last year.

The Broncos retained six corners on their 53-man roster last season. They may make room for a seventh given the number of injuries the position group had last year. NFL teams must cut their roster to 85 players by Aug. 17, 80 players by Aug. 24, and 53 players by Aug. 31. The competition will be there for Mac McCain but he has never been one to shy away from adversity.