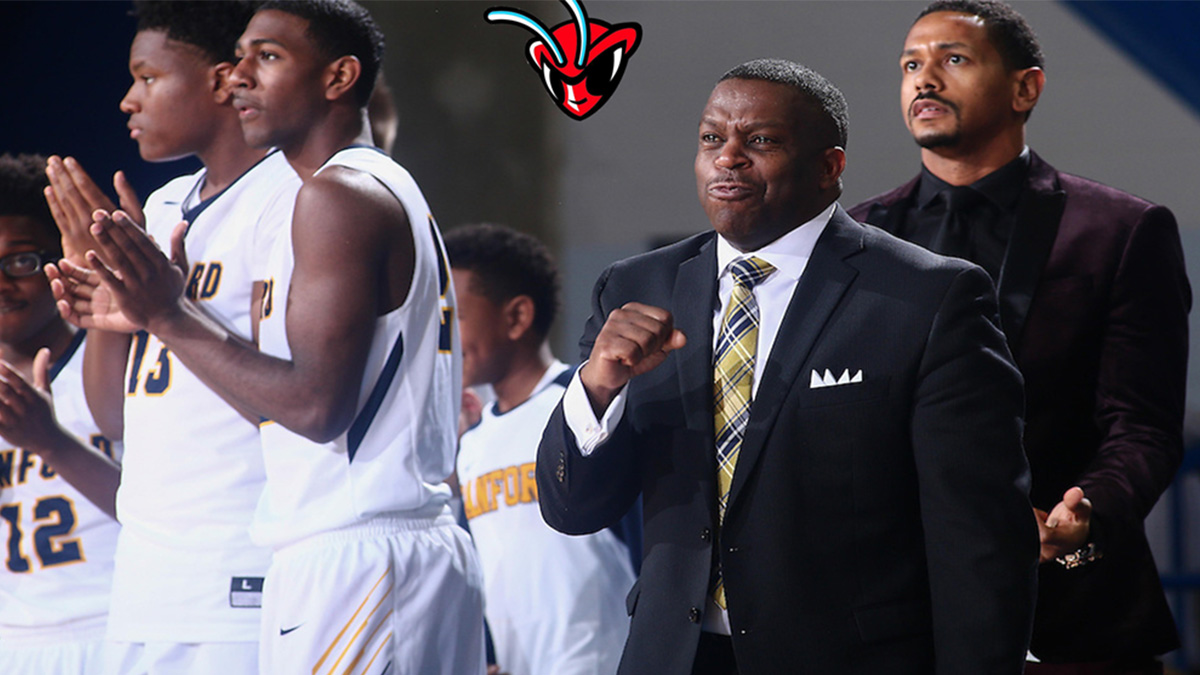 Delaware State University has turned to a local high school basketball legend to take over its men’s basketball program following a switch.

He replaces Eric Skeeters, who was relieved of his duties earlier this year.

In 30 seasons, Waterman, 55, led the Sanford School (Del.) boy’s basketball program to 571 wins, 10 state championship games and eight titles, including the last two in 2021 and 2019. His 2020 team reached the state semifinals before the tournament was shut down due to the COVID-19 pandemic.

Waterman has also served as Sanford’s Dean of Students since 1993 and is the assistant director of athletics at the school.

In 2016, after leading the Warriors to its sixth state championship, he was honored by the Delaware Sportswriters and Broadcasters Association as the recipient of the Tubby Raymond Delaware Coach of the Year Award.

He has also served as a member of the USA Basketball coaching staff.

He was a court coach at the 2018 USA Basketball Men’s Junior National Team October Minicamp, and a gold medal winning assistant coach for the 2018 USA Men’s U17 World Cup Team and the 2017 USA Men’s U16 National Team.
Waterman played Division I basketball at the University of Delaware under head coaches Ron Rainey and Steve Steinwedel. He earned a degree in Sociology (1988) before becoming an assistant coach at Sanford and Wilmington University for one season.

As a player at Howard Career Center High School (Del.), he helped his team reach the state championship game in 1981 and the semifinals in 1983.

“In my 30-year career here I have been fortunate to have a few opportunities to coach at the college level,” Waterman said. “The truth is, none has been more appealing to me than Delaware State University. As a kid from Wilmington, with the village around constantly opening doors for me to be successful, I have devoted my life to doing the same for others. I cannot think of a better way to expand my passion for basketball and the development of young men than at this exceptional institution.”

Waterman is widely recognized for his success in producing student-athletes who have succeeded in sports and the classroom throughout his career.

“Stan is well prepared for this challenge,” Villanova head men’s basketball coach Jay Wright, a two-time NCAA champion and 2021 Basketball Hall of Fame inductee, said. “I respect him as an outstanding leader in our game. His basketball knowledge and experiences are elite.

Wright added: “Stan’s leadership and inspirational skills have produced winning teams and outstanding collegiate players throughout his career. His passion for the game and to the state is unmatched. Delaware State University has made a great choice in Stan Waterman.”

In March 2021, as the University announced the retirement of its Athletic Director and head coach vacancies for both men’s and women’s basketball programs, President Tony Allen said, “As we look toward the Fall, we must now chart a new, bolder path for Delaware State University’s athletics future, one that should be marked by outstanding academic performance, a culture of winning the right way, a commitment to the community we call home, and an unquenchable HBCU spirit.”

Today, Dr. Allen reflected on that commitment, saying, “I firmly believe that in Coach Waterman, we have found an individual of quality who will lead our men’s program to a winning tradition, and — more importantly — continue to mold young men into the leaders that America needs.”

Waterman and wife Robin are the proud parents of daughter Robin Dupree and son-in-law Vernon Dupree, along with grandson Cairo Dupree (1).