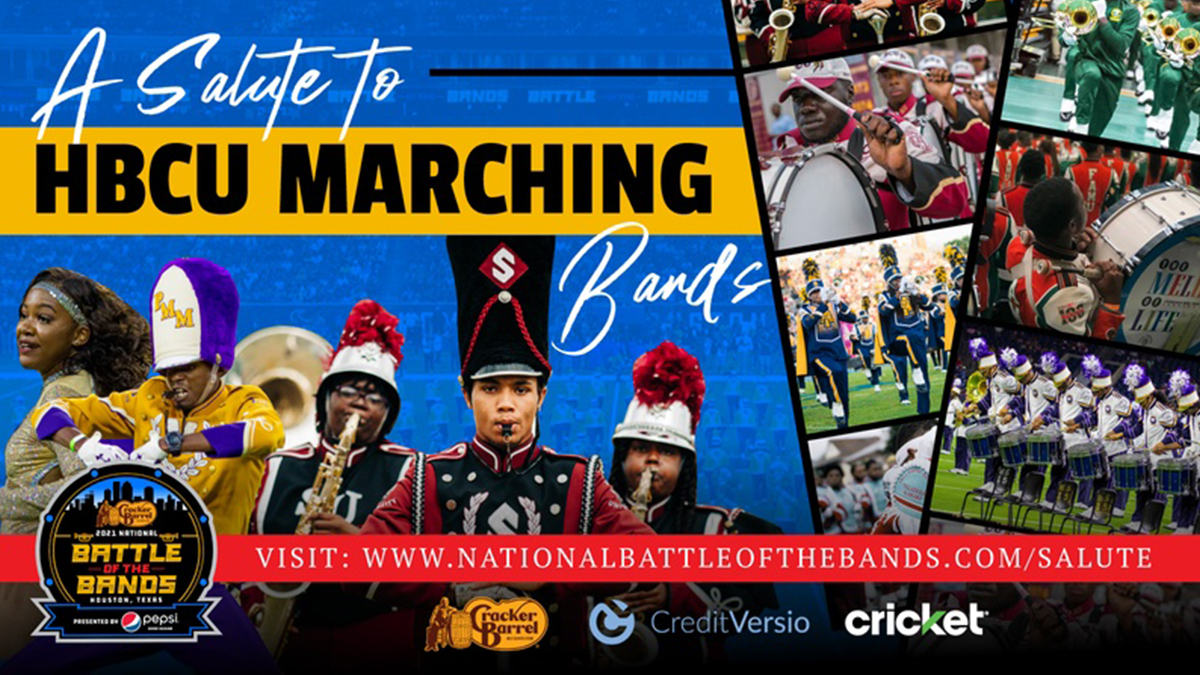 From the blues, gospel, and jazz to rock and roll, rhythm and blues, hip hop and rap, the musical
contributions of African Americans throughout the fabric of history can be seen, heard, and felt in
the precision, sound, and show-shopping performances of HBCU marching bands. The hour-long
film captures and showcases the history behind the heritage, pride, and pageantry of Historically
Black College and University (HBCU) marching bands and the institutions they call home.

“HBCU marching bands play an instrumental role in educating aspiring musicians and developing
future leaders, which is why any time we have an opportunity to elevate their visibility – whether
through television and in-person events – we will do so in a major way to honor their
insurmountable influence and impact,” said Derek Webber, Executive Producer & CEO of Webber
Marketing.

The film originally premiered in February for Black History Month as an instrument to shine an
intimate light onto the global influence and impact of HBCU marching bands while giving viewers a
behind-the-scenes peek into the work, dedication, and passion that goes into creating the
performances fans have grown to love and anticipate during football halftimes, homecoming
parades and the coveted ‘battle of the bands’ showdowns.

“We are excited about contributing to this amazing story about HBCU Bands and their importance
to society. The world needs to know this significant part of African American history and the
Southern University Marching Band and staff are appreciative to the National Battle of the Bands
for conveying it in such an excellent manner,” said Kedric D. Taylor, Southern University, Director
of Bands.

The historical significance of HBCU marching bands is sown into the fabric of society. From
presidential inaugurations, national holiday celebrations and major award shows, HBCU marching
bands have been front and center at some of the biggest moments in history; filling the air with
their unified sound while marching proudly and dancing unapologetically in celebration of their
ancestors who paved the way for their rhythm to be on display for all to see, hear and feel.

This fall their essence will be on full display at the 2021 Cracker Barrel National Battle of the Bands
presented by Pepsi Zero Sugar on August 29, 2021, in Houston, TX at NRG Stadium.

For more information about the NBOTB and its “Salute to HBCU Marching Bands” film visit
http://www.nationalbattleofthebands.com/salute and stay updated on social media at
@NationalBattleOfTheBands (Facebook/Instagram) / @NationalBOTB (Twitter).