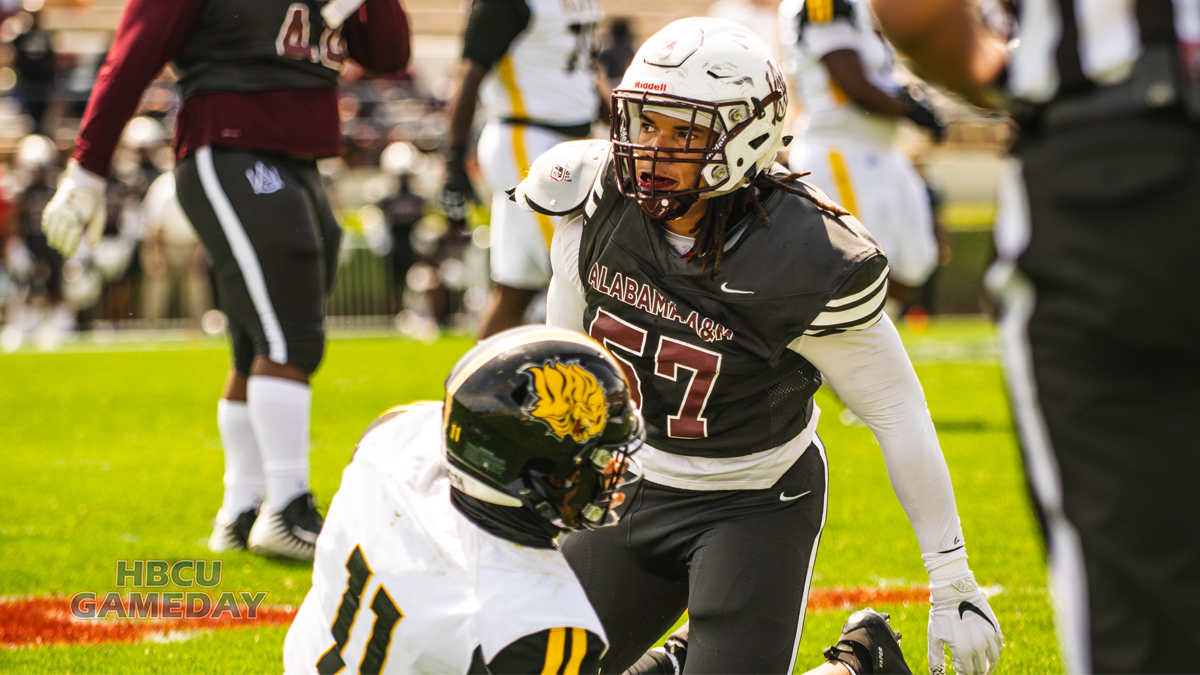 Marcus Cushnie was one of the most feared pass-rushers in the SWAC over the last few seasons. Now he’s taking his talents to the transfer portal

The 6’2, 220 pound junior from Broward County, FL has decided to put his name in the transfer portal. He made his announcement on Wednesday morning.

“I have decided to enter my name into the transfer portal. I am a summer grad with two years of eligibility and a redshirt left.”

Cushnie was a dominant force on the Alabama A&M defensive line this summer. He recorded seven sacks in just four games and finished the year with 20 tackles. He recorded multiple sacks in three of the four games (South Carolina State, Alabama State and Arkansas-Pine Bluff). Cushnie saved his best game of the season for the last, recording a season-high 12 tackles two go along with a pair of sacks as he harassed quarterback Skyler Perry all game long in the SWAC championship game.

AAMU’s defense was far from dominant the last few years, but this spring it stood up when it needed to. Marcus Cushnie was a big part of that, and he will be sorely missed. But he did get his degree from AAMU before departing for his next opportunity.

Marcus Cushnie not only transfer portal departure for AAMU

Alabama A&M receiver Justin Mitchell put his name in the transfer portal on Wednesday as well.