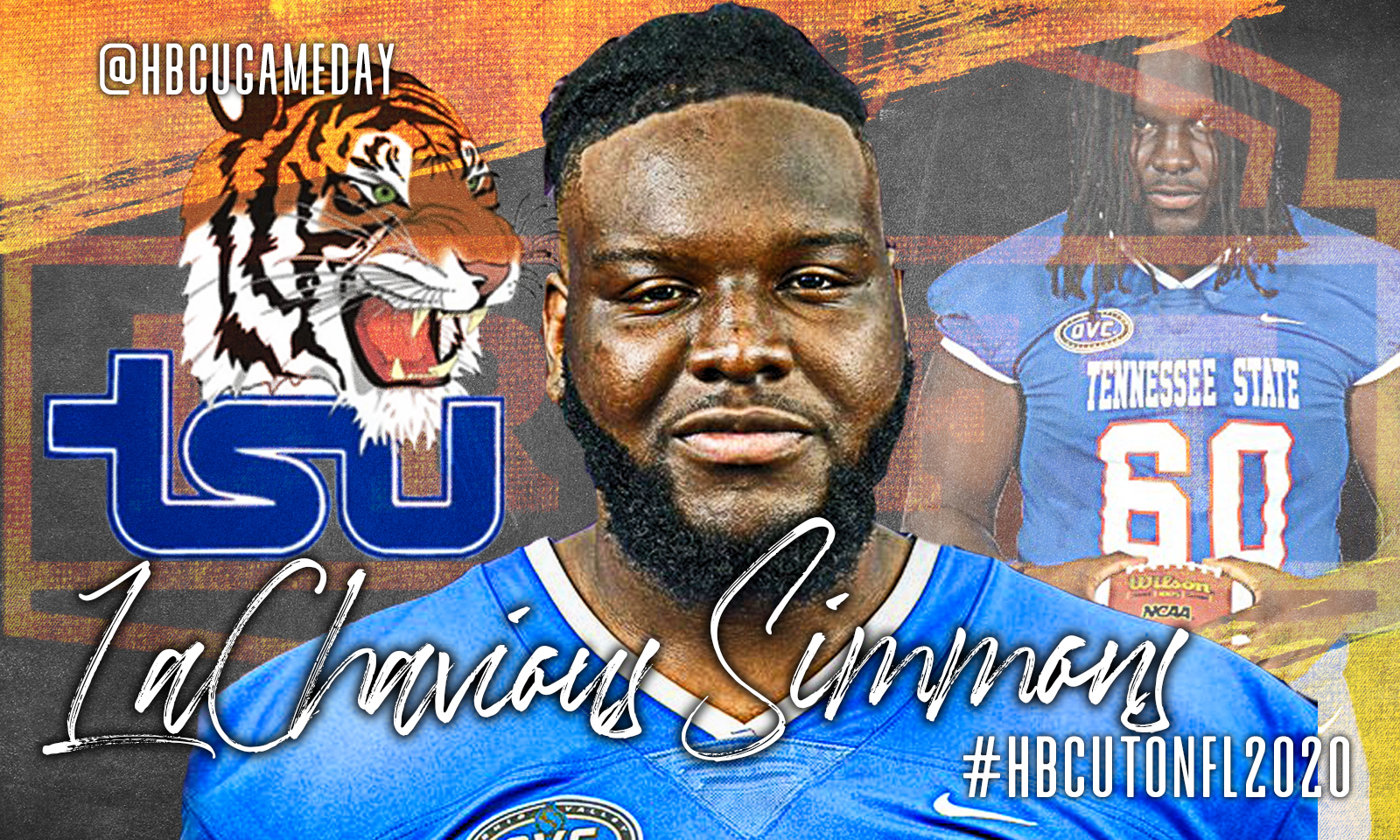 LaChavious Simmons is the fifth TSU offensive lineman to be drafted since 2014.

It took over 220 picks and nearly three full days, but the first HBCU player was finally taken off the NFL Draft board.

Tennessee State offensive lineman LaChavious Simmons was selected in the seventh round (277th overall) by the Chicago Bears.

Simmons played offensive tackle for Tennessee State, which has had a solid run of producing offensive linemen in the NFL. He’s the fifth TSU O-lineman to be drafted since 2014.