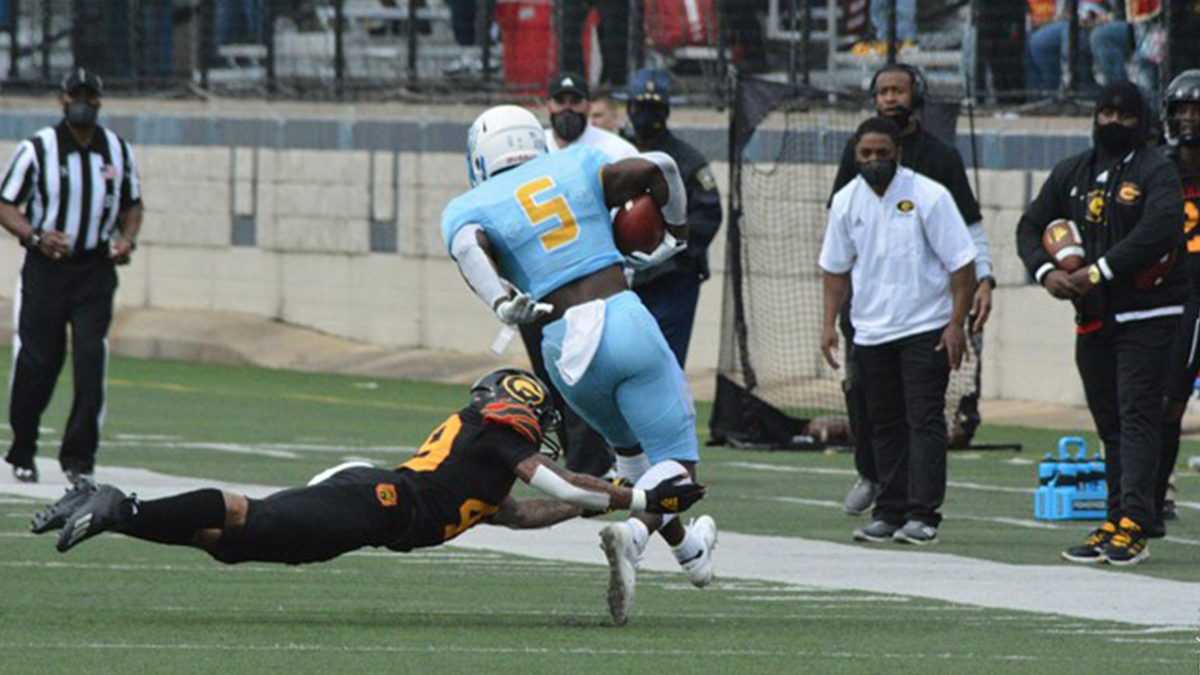 Southern University simply overmatched a Grambling program struggling to even get on the field due to consistent COVID issues.

Southern University came into the Bayou Classic hot and made sure to warm it up even more in Shreveport.

The first-ever spring edition of the Bayou Classic was all Southern as it cruised to a 49-7 win over rival Southern. The nationally-ranked program improved to 5-1 on the season (including the Alcorn forfeit) with its third win in a row.

SU jumped out on GSU early and never let up, leading 35-0 in the third quarter before Grambling could muster a single point. It did it primarily on the legs of an offense that ran for 242 yards and six scores on the day.

The loss dropped Grambling to 0-4 on the season. Just getting on the field was an example of overcoming adversity for Grambling. The program had been sidelined for weeks while dealing with COVID-19 issues. There was a real question heading into Friday as to whether or not it would even be able to play.

“Hats off to Southern University, they did an awesome job,” said GSU Tigers head coach Broderick Fobbs. “It is what it is, but we’re not going to hang our heads at Grambling. There were a lot of things that happened to us that not too many know about, and at the end of the day, I’m proud of my kids for fighting the way they fought in the midst of everything that they’ve had to deal with behind closed doors.”

Southern won the game and should retain its national ranking, but it won’t be going to the SWAC Championship Game. Arkansas-Pine Bluff clinched the SWAC West Division title shortly after the Bayou Classic. There is an outside chance that Southern could earn an invite to the FCS playoffs, but there have been no indications that SU is looking to particpate in the FCS postseason.