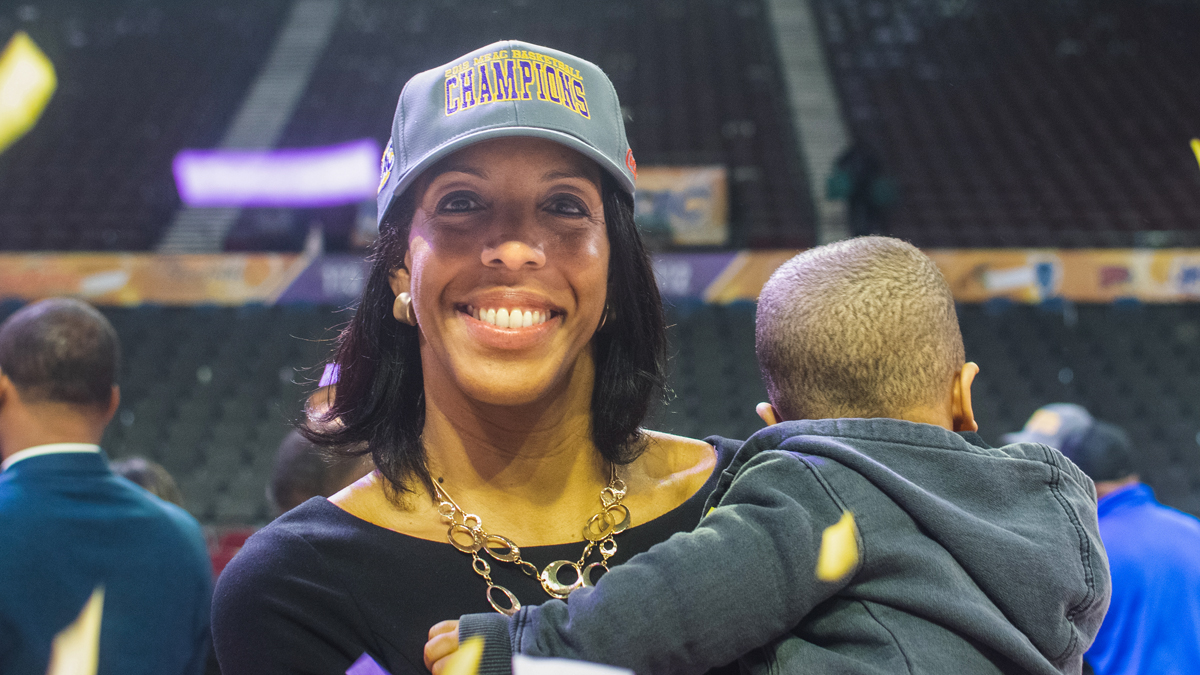 Bethune-Cookman suffers a big loss as Vanessa Blair-Lewis, a four-time MEAC Women’s Basketball Coach of The Year, moves on to a new coaching gig.

After making history at Bethune-Cookman, Vanessa Blair-Lewis is moving on in her basketball journey.

Blair-Lewis is leaving BCU to head to take over as head coach at George Mason University. She is the second basketball coach to leave in the span of a week at the school. Men’s head basketball coach Ryan Ridder took the University of Tennessee-Martin job late last month.

Her Lady Wildcats won four MEAC regular season championships and one MEAC Tourney title with post-season appearances in the WNIT in 2016 at Florida Gulf Coast, 2017 versus Wake Forest and 2018 at Georgia Tech. They won the 2019-2020 MEAC regular season title before sitting out this season with the rest of the department of athletics.

“Vanessa Blair-Lewis is simply a phenomenal person who happens to be a great coach!  She brought comprehensive success back to our program in a manner we had not seen in several years. I want to thank her for the phenomenal leadership she provided as our head coach. She is the shining example of what Bethune-Cookman University is about, whether on the sidelines coaching, in the home recruiting, or in the community as a servant leader,” said Lynn W. Thompson, B-CU Vice President for Intercollegiate Athletics.

Since being hired in 2008, Blair-Lewis posted an overall 196-168 record in 13 seasons. Her 117-75 Mid-Eastern Athletic Conference (MEAC) record places her atop the women’s basketball record books as the Wildcat coach with the highest conference winning percentage and best career MEAC conference record for Bethune-Cookman in its Division I era.

“Coaching basketball was not her career, it was her ministry and she has managed to transform our student-athletes into champions as she built a perennial championship program of academic and athletic excellence. She is a Hall of Fame mother, wife and team member and we are so proud of what she has accomplished, and pray for nothing but success for her and the family on the next step in their journey. Once a Wildcat…always a Wildcat.”

The four-time MEAC Women’s Coach of The Year and her family will now head to NoVA. Her husband, Eric Lewis, is an NBA official.

“My family and I are very excited about the opportunity to come back home to where I began my playing and coaching career,” said Blair-Lewis. “I am honored to represent this diverse university and compete in the basketball-centric Atlantic 10 Conference against some of the brightest coaches in the country. I’m grateful to President Gregory Washington, Athletic Director Brad Edwards, Dr. Debi Corbatto and the search committee for believing in my abilities to lead these young women.”