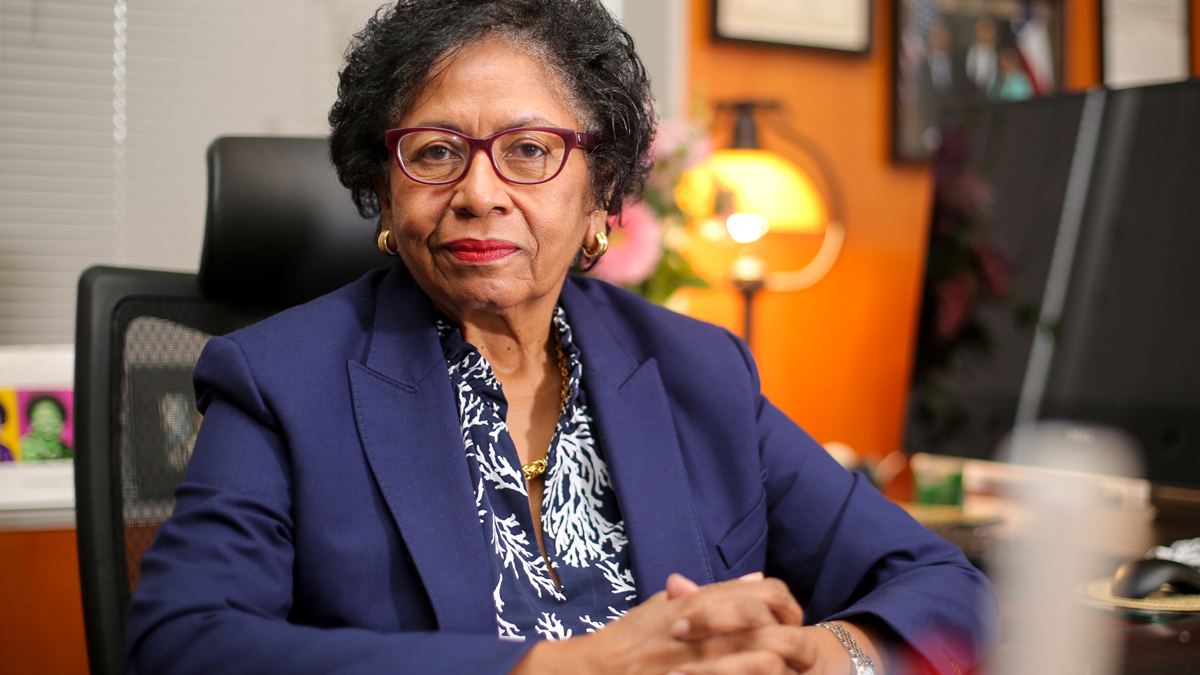 The eighth president at Prairie View is the first woman to serve in this role.

Just as the past year has been challenging for everyone, Dr. Ruth Simmons, president of Prairie View A&M University, has demonstrated leadership that will take the HBCU to another 140 years to come.

“We’re getting used to a succession of crises like that,” Simmons told HBCU Gameday, “and having an interest throughout it. So it’s fine.”

With the spring semester in full swing, a devastating winter storm caused damage to the school’s labs, classrooms, and dormitories, in addition to the homes of administrators and professors.

“We had some damage,” Simmons continued, “but what is harder is that for employees and students, their homes were so severely damaged it’s very difficult to get repairs done.” She went on, “so we still have employees who have not been able to find workmen to address the damage to their homes. Some have had to move out of their homes because the damage has been too extensive.”

With her love of the romance languages that she studied at Dillard University for her bachelor’s and Harvard for her master’s and doctorate, Simmons started her academic career as a French professor at the Cambridge, Massachusetts-based school before entering the administration field in higher education.

Growing up in the 70s, Simmons recalled, “I was drawn to languages because they gave me an opportunity to go outside of the strictures of the environment in which I was operating,” and adding “and so as a young person, I knew that studying language would take me somewhere outside of the South.”

Simmons continued her matriculation through the Ivy League by eventually becoming president of Smith College, Brown, and Princeton before becoming provost at Spelman College in 1990.

Shortly after retiring from Brown in 2012, Simmons moved back to Houston, enjoying the time off that she deserved. That was until Prairie View approached her to be the interim president while going through their interview process with potential candidates. Well, she must have done a fantastic job because a few months later, the board asked her to make her temporary job permanent at the end of 2017.

She says the time she spent at the most prestigious institutions in the country would never take place if she didn’t study at an HBCU.

“For all of my career, I’m a product of an HBCU, and I have always felt that it was important to contribute to different kinds of institutions,” said Simmons. “It’s not about the type of institutions; it’s about the work that we do to help transform lives.”

Safety remains a priority for Simmons as Prairie View continues to follow CDC guidelines to prevent the Coronavirus spread among students and employees. The nursing department is going a step further by housing a COVID-19 vaccination site and having the nursing students get hands-on training by administering doses to people living in the Houston area.

“We are immersed in trying to assist in overcoming the pandemic,” said Simmons, and that is why the school continues to have some administrators work from home, sanitizing all surfaces and administering random testing to students staying in residential halls.

Dr. Ruth Simmons is excited to see amazing Black women make a significant impact in the career fields of their choice and thinks that African American women are “in their moment,” as they took a step back and allow men to advance.

“It is possible for girls and women to explore fully their talents and their intelligence and their potential,” said Simmons.

She reminds everyone that she was not encouraged to be “ambitious” when she was a little girl, and she’s happy that is not the case today.