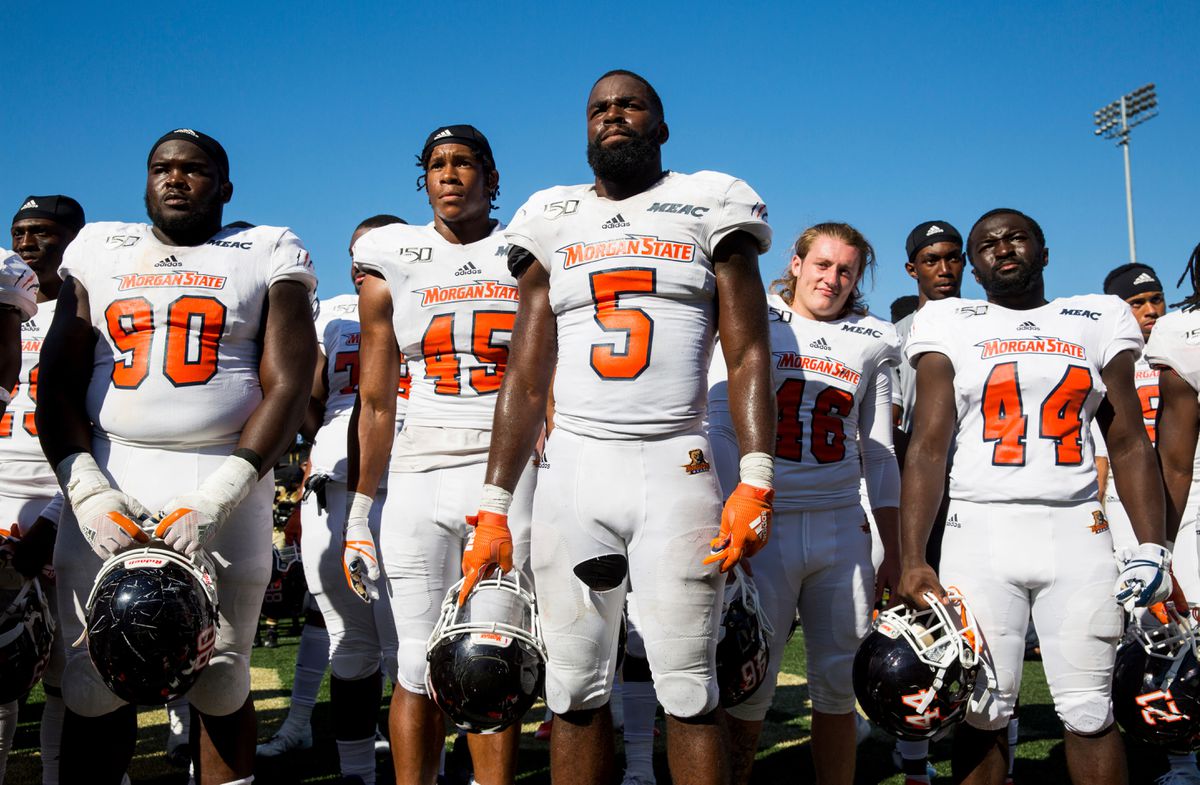 Morgan State University’s schedule features more non-conference opponents than MEAC ones. But that’s the new reality in the league.

BALTIMORE, Md. (March 25, 2021) – The 2021 Morgan State football schedule has been announced and it features five home games in Hughes Stadium, including a home opener against Towson.

Morgan State was one of six MEAC schools to opt-out of the spring 2021 football season.

MSU will open its 2021 campaign at home against the Towson Tigers on Sept. 4 in the Battle for Greater Baltimore at Hughes Stadium. It will mark the 26th meeting between the teams and their 11th time facing each other in a season opener since 1979.

Morgan’s next two contests will be on the road beginning with an FBS matchup in New Orleans against the Tulane Green Wave on Sept. 11. It will mark the first meeting between the teams. Next, the Bears will face the Sacred Heart Pioneers on Sept. 18 at Campus Field in Fairfield, Conn.

Following a bye, Morgan State will host the Saint Francis Red Flash on Oct. 2 before returning to the road for a pair of games.

Morgan will open Mid-Eastern Athletic Conference (MEAC) play against the Howard Bison on Oct. 9, followed by a trip to Orangeburg to square-off with the South Carolina State Bulldogs on Oct. 16.

The Bears will welcome North Carolina Central for Homecoming on Oct. 23. The Eagle’s last trip to Baltimore ended with a 27-17 victory by Morgan on Sept. 28, 2019.

Morgan will travel to the Tidewater on Oct. 30 to take on the Norfolk State Spartans, followed by a home contest with the Delaware State Hornets on Nov. 6.

The Bears will conclude the 2021 regular season with a non-conference road meeting against the Albany Great Danes on Nov. 13, followed by a home finale matchup with the Georgetown Hoyas on Nov. 20.

Attendance policy, game times and television plans for Morgan’s 2021 games will be announced at a later date.