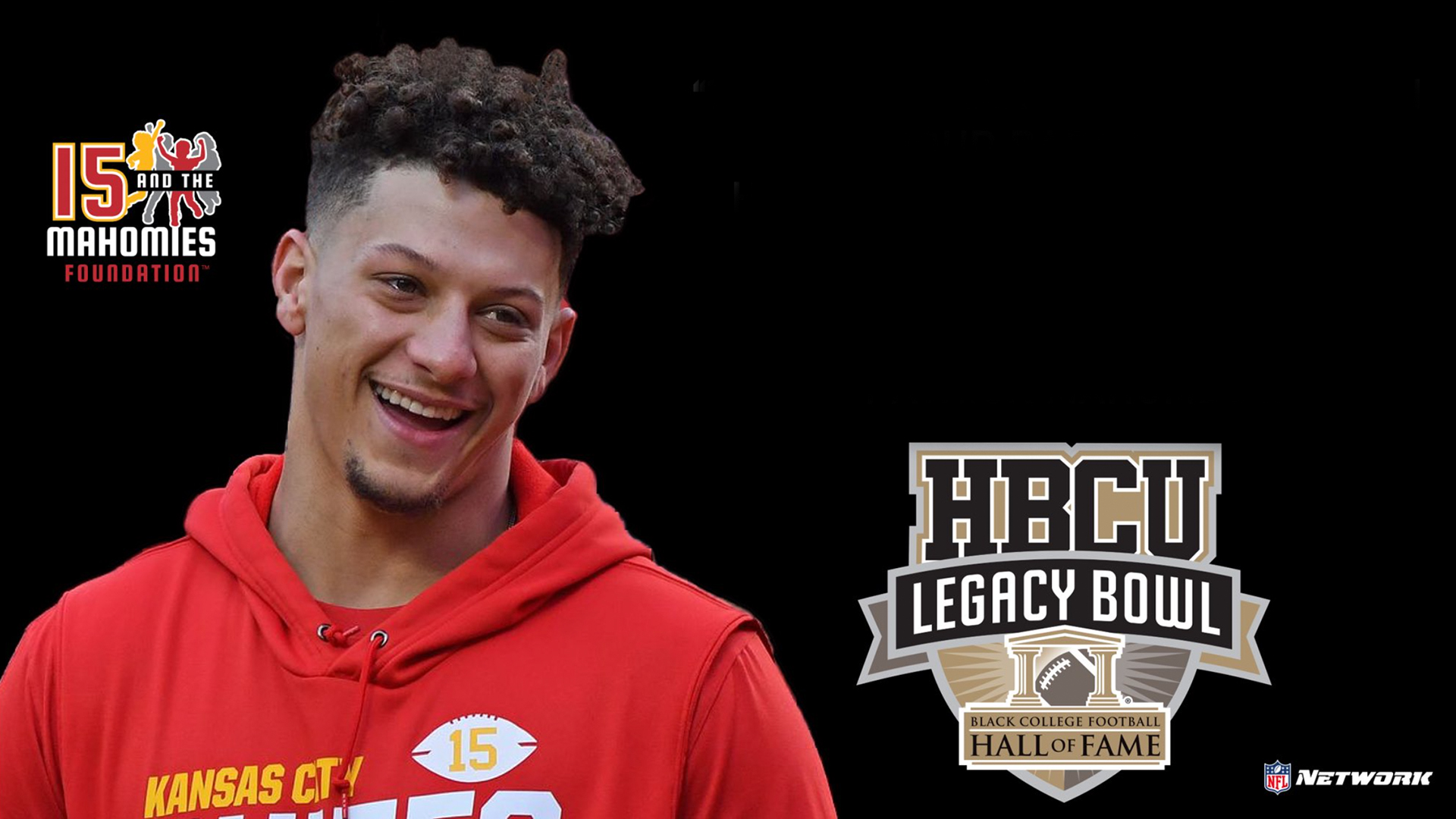 Super Bowl Champion and 2018 NFL MVP Patrick Mahomes is doing his part to help the next crop of HBCU NFL prospects by supporting the HBCU Legacy Bowl.

Patrick Mahomes didn’t attend an HBCU, but he is doing what he can to help HBCU football prospects make the NFL.

The Super Bowl Champion and 2018 NFL Most Valuable Player has pledged multi-year support to the HBCU Legacy Bowl. The support will come through his 15th and Mahomies Foundation.

The HBCU Legacy Bowl is a post-season all-star game for HBCU prospects put on by the Black College Football Hall of Fame.

This is the second time in the last year that Patrick Mahomes has teamed up with the Black College Football Hall of Fame. He also helped sponsor last year’s “Road To Equality” event.

“A leader on and off the field,” Doug Williams said after news of his sponsorship broke. “Thank you Patrick for supporting Historically Black Colleges & Universities.”

The game will take place on the Saturday after Super Bowl LVI (February 2022) at Yulman Stadium at Tulane University, and broadcast live on NFL Network.

“The HBCU Legacy Bowl means opportunity and exposure for HBCU players and coaches,” Williams said. “We’re excited to have this in New Orleans, especially during Black History Month.”

More than a football game, the week-long celebration of Black culture and history will provide invaluable exposure for HBCU football players and coaches. Approximately 100 of the top HBCU players will be invited to participate.

“HBCUs are a bridge to equality,” said Co-Founder and Inductee James “Shack” Harris. “We thank the NFL for their support and in sharing our commitment to lifting up others.”