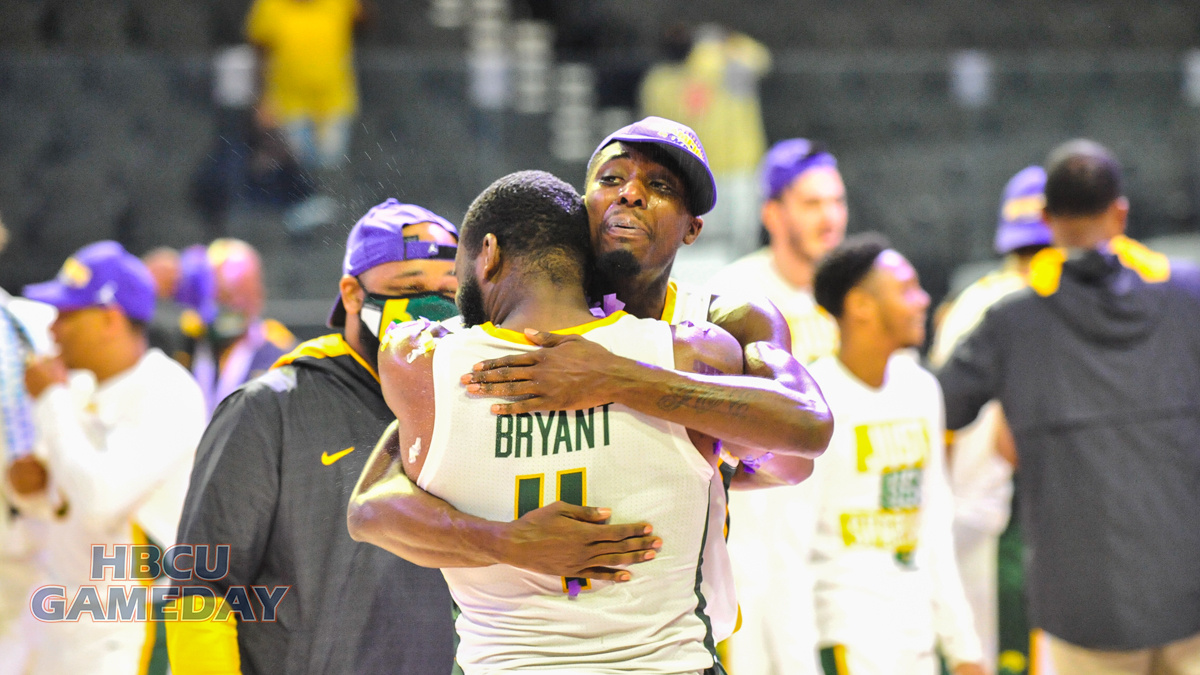 Norfolk State University will make its return to the NCAA Tournament for the first time since it’s unforgettable 2012 run.

MEAC Champion Norfolk State now knows who it will play in the NCAA Tournament.

Norfolk State will play Appalachian State in a “First Four” game. The winner of that matchup will get a chance at Gonzaga, the no. 1 overall seed in the entire tournament.

NSU enters the NCAA Tournament with a 16-7 record and is currently on a six-game win streak. The MEAC Northern Division champ in the regular season, it hasn’t lost since it fell to Coppin State on Feb. 8 at home.

Appalachian State punched its ticket to Indianapolis by winning the Sun Belt Conference Championship. It comes into the game with a 17-11 record, including a season-opening win over South Carolina State.

Junior guard Joe Bryant Jr. was named Most Outstanding Player in the MEAC Tournament. He scored 30 points in the opener, hitting seven 3-point attempts, and followed that up with 17 points in the championship game. Bryant averaged 11.6 points for the season, shooting 39.9 percent from both the field and the 3-point line.

For the year, senior guard Devante Carter has been NSU’s biggest weapon. He leads the team in scoring (15.5 ppg), assists (4.0) and rebounding (5.3 rig) and is just behind Bryant with 1.1 steals per game. He can create for himself or others.

This will mark Norfolk State’s second appearance in the NCAA Tournament as a Division I school. NSU pulled off one of the biggest upsets in NCAA Tournament, beating Missouri behind a memorable performance by Kyle O’Quinn.

Robert Jones, Norfolk State’s head coach, was an assistant on that 2012 team.

How And When To Watch

The game will take place on Thursday at 8:40 PM EST on TRU TV.