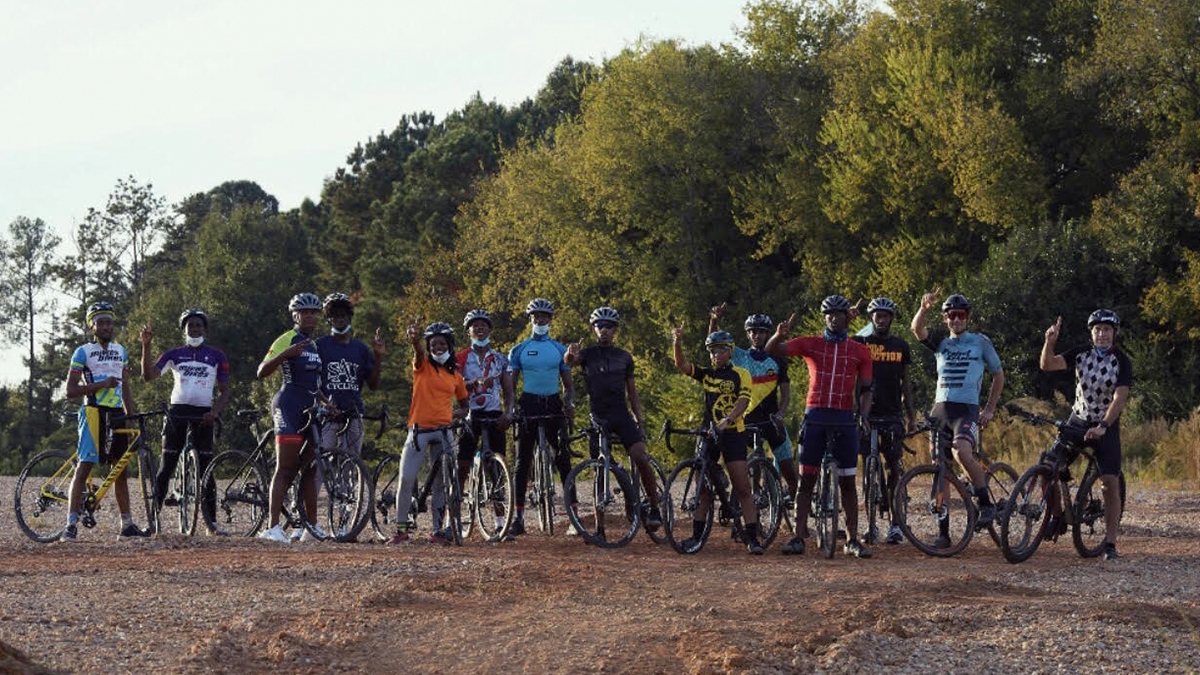 Inside the first-ever HBCU cycling program

Last year, Saint Augustine’s University announced it had formed the first-ever HBCU cycling team ever. Here is the story of how it all came together.

Every day, Brandon Valentine-Parris takes a 20 mile-ride on his midnight black Canyon Inflite bicycle, accompanied by the percussion of soca beats. When he’s on the verge of exhaustion, he just turns the music up and remembers his purpose.

“I just want to be fast,” he said. “I want to be the best in my country, and I want to go to certain places that a lot of people don’t get to go. That was literally the only driving point.”

Speed is what Valentine-Parris does.

Valentine-Parris represented St. Vincent and the Grenadines in the 400-meter sprint in the 2016 Olympics in Rio de Janeiro. That speed earned him a track scholarship at Claflin University in South Carolina. But Valentine-Parris transferred to St. Augustine’s University in Raleigh in 2018 and found a new outlet for his speed: cycling.

He also found a new legacy: he and Aaliyah “Lele” Williams are co-captains of the first cycling team at a historically Black college and university.

Though road cycling is a prominent sport in the Caribbean, Valentine-Parris, 25, had not ridden a bike since he was 12. He gave up everything – music, soccer and martial arts — for the running track. As a result, he has earned 15 NCAA Division II All-American honors.

But in 2019, Dr. Mark Janas, a sports management professor in the business school at St. Aug, planted an idea in his head.

“I was in my senior seminar class with Professor Janas and he mentioned his skill set in cycling,” Valentine-Parris said. “I was like, ‘Excuse me, we don’t have a cycling team on campus,’ and he was shocked. He mentioned that it’s something we could look into and next thing I knew, last summer, I got a phone call from him saying, ‘It’s a go.’”

Led by Janas and Associate Head Coach Umar Muhammad, the St. Augustine’s cycling team is registered in the USA Cycling canon and managed through the university’s School of Business, Management and  Technology. Though it launched in April 2020, Janas had been thinking about it since fall 2019.

“At first,” Janas said, “our goal was simply to get students on bikes to learn more about the sport of competitive cycling and decide if it was right for them. It wasn’t until later that we learned there were no other HBCU teams registered with USA Cycling. We then realized just how important our effort was.”

Inside the first-ever HBCU cycling program