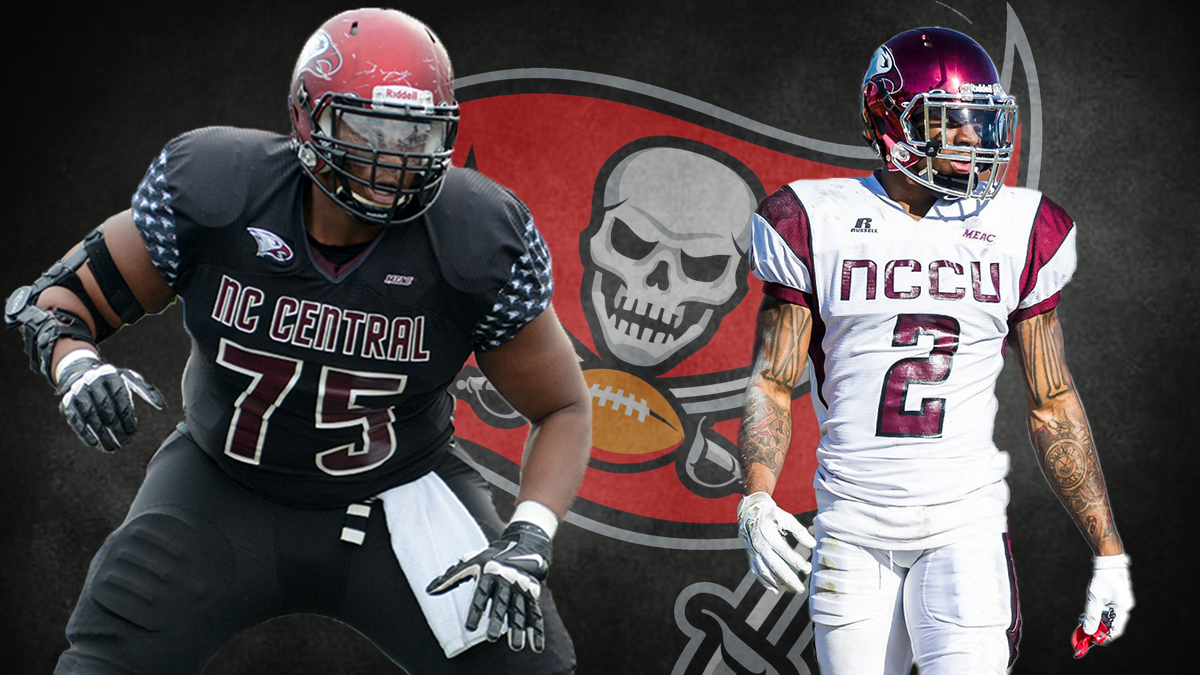 One HBCU has two on Super Bowl-bound Bucs

Two HBCU representatives from the same school, could soon have Super Bowl rings, along with a teammate repping another HBCU.

Former North Carolina Central stars Ryan Smith and Nick Leverett are members of the Tampa Bay Bucs, who defeated the Green Bay Packers in the NFC Championship Game on Sunday. So is Quinton Bell, a former Prairie View star.

The Bucs pulled off a 31-26 win over the Packers which means they will become the first NFL franchise to host a Super Bowl at home. The game is set to take place on February 7 in Tampa.

Smith, a defensive back and special teams ace, has been with the Bucs the longest. He was selected by the franchise in the fourth round of the 2016 NFL Draft. Leverett, an offensive guard, is in his rookie season with the franchise. He’s a member of the practice squad, as is Bell at linebacker.

Smith played at North Carolina Central from 2012-2015, helping NCCU win a share of the MEAC title in both his junior and senior seasons. He started 42 games at NCCU during that time, finishing with 263 tackles and seven interceptions.

Smith had a solid career, but his measurables and workout performances helped his draft stock shoot up, and he’s managed to contribute since then. He started 16 games at defensive back during the 2017 and 2018 seasons, but has played primarily on special teams since then.

Leverett played at NCCU from 2016 through 2018. The Concord, NC native earned All-MEAC honors in each of his three seasons in Durham. He then transferred to Rice where former NCCU head coach Jerry Mack is the offensive coordinator. He spent one season at Rice, starting every game and earning all-conference honorable mention at the FBS level. Leverett went undrafted, but signed with the Bucs as a free agent.

Both players were able to win MEAC championships at North Carolina Central as student-athletes. Now both players from the same HBCU have a chance to become Super Bowl champions in a few weeks.

One HBCU has two on Super Bowl-bound Bucs