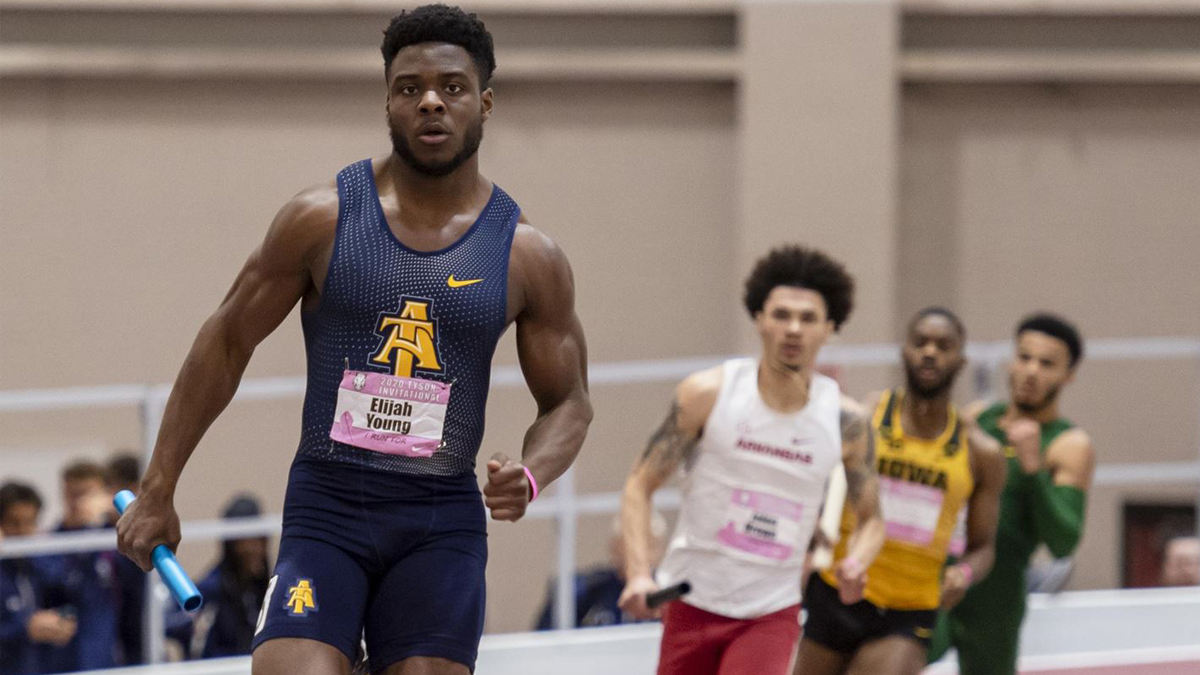 The 4×400 relay team at North Carolina A&T is the fastest in the country this season after a blazing speed at the University of South Carolina this weekend. Randolph Ross, Elijah Young, Daniel Stokes, and Trevor Stewart finished the relay in 3:04.62 for the NCAT Track squad.

The time eclipsed the facility record at USC by over a full second and is the fastest in the country so far this season. The same quartet won last week at the University of Kentucky.

There’s no MEAC Indoor Track and Field Championship this season so qualifying for the NCAA Championship during the season is a premium.

“With the cancellation of the MEAC indoor championship meet, every competition is that more important to get the qualifying time or mark needed,” said Duane Ross, the Aggies director of track and field programs.

Senior Tavarius Wright is currently ranked no. 6 in the nation with two meets remaining after winning the 60 meters at 6.65 seconds.

Five Aggies finished in the top-10 of the men’s 200 meters led by Javonte Harding and Ross, who both finished in 20.69 while running in different heats. 20.70. Both broke the facility record of 20.70 and are now ranked no. 3 in the nation. Ross is also third in the country in the men’s 400 meters.

Senior Delecia McDuffie took first place in the women’s 400m. McDuffie completed the race with a personal-best 53.48. McDuffie is 11th in the nation after Saturday.

The NCAT track squad will take next week off before returning to USC for the USC Indoor Opener on Feb. 6.

Information from the North Carolina A&T press release was used in this story.