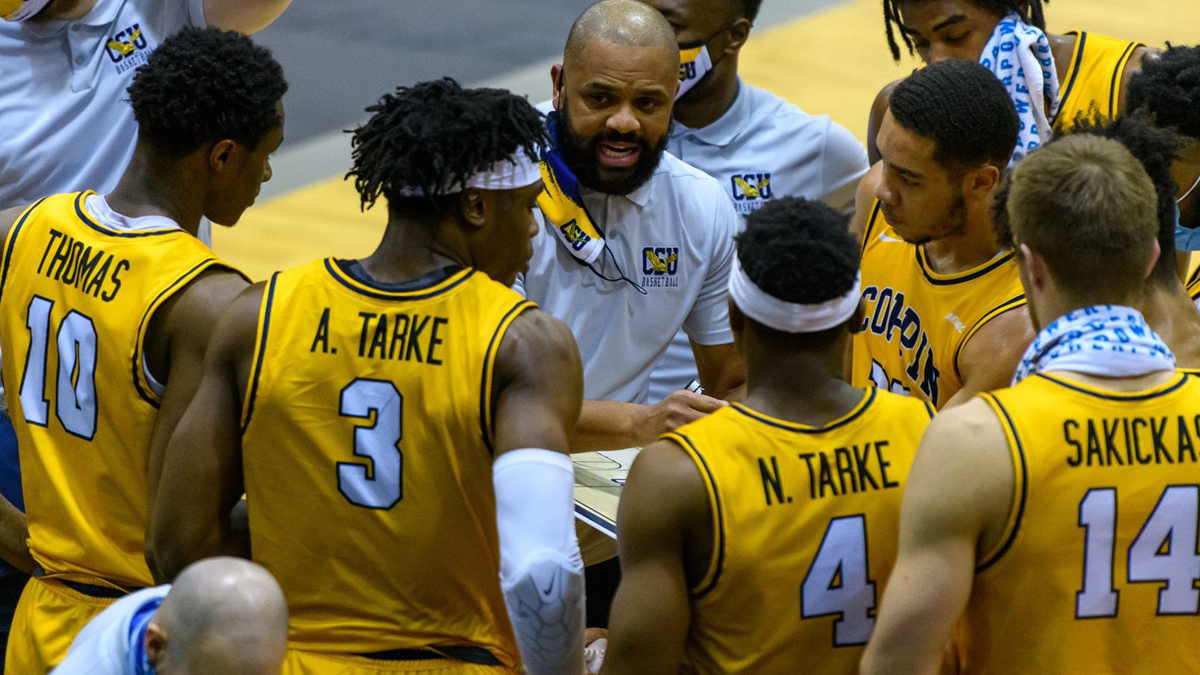 Coppin State was picked to finish third in its division by the MEAC. But its depth has turned it into the conference leader with one month in.

Once upon a time, Coppin State being atop the MEAC was a normal thing. It’s been a while, but the Eagles from West Baltimore are once again amongst the MEAC elite.

CSU swept Norfolk State in Baltimore this weekend to win its fourth-straight game and improve to 5-1 in MEAC play. That puts it sole possession of the lead for the MEAC North. Not bad for a program predicted to finish third in the division coming into the season.

Even if no one outside his program knew how good Coppin State could be this year, head coach Juan Dixon did. Particularly his veteran trio of Dejuan Clayton, Anthony Tarke and Koby Thomas.

Clayton is having a career-best season this year, despite fighting with injuries that kept him out most of December.

The 23-year-old from Bowie is averaging 16.9 points, 5.3 assists, 3.9 rebounds and just under two steals per game. All of those numbers are the best he’s put up in his career so far. Dixon called it back in October.

“You gonna see Dejuan Clayton shoot the ball a lot better. Dejuan’s understanding about principles — offensively and defensively— now the game is really starting to slow down for him,” he said. “And he’s starting to develop that mindset that I’ve been trying to install in him from Day One.”

Clayton was solid in the two-game series, averaging 21 points, four rebounds and 7.5 assists per game. He shot better than 50 percent from the field and nearly 45 percent from the 3-point line.