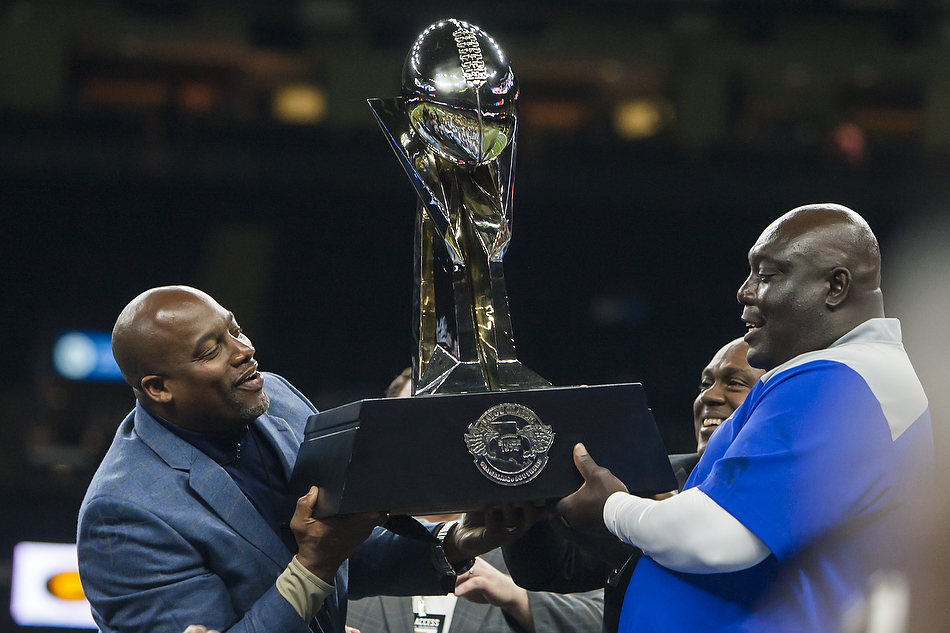 Dawson Odums is now the longest tenured coach in the SWAC. He’s looking to continue pushing a culture of winning at Southern University.

Odums and his staff, like the rest of college football, have had to adapt to the realities of the COVID-19 pandemic. It’s allowed them to spend more time together, but it has also made recruiting a virtual game. It’s one that his staff does very well, but he made it clear he’d much rather do it face-to-face.

“I look at recruiting as me recruiting my wife. She can’t just send me a social media outline— we do this on zoom…I’m just seeing headshots, she’s sending me glamorous pictures and it looks good on social media,” Odums said. “I need to talk to mama, I need to talk to dad, I need to be in these guys living rooms because recruiting is relationships. Because it’s hard to make a relationship and get that decision to marry somebody without being face-to-face.”

Southern has accumulated four SWAC West titles under Odums, and the 2013 conference title in his first year. Overall, he’s 58-31, with a 49-15 record in the SWAC. It was picked to win the SWAC West this spring after knocking on the door the past two seasons.

When asked about other programs and coaches within the conference, he shifted the focus to what is going on in North Baton Rouge.

“I’m tilling the ground for the Southern University Jaguars. We’re trying to make sure that when this season takes flight, our house can survive the storms that might be coming. And the only way we can do that is focus on every nail that we’re putting in our walls. And that’s one nail at a time.”