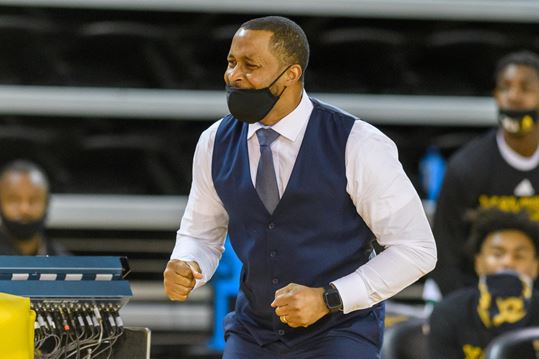 XULA dropped out of top 25 without loss

The XULA men fall out of the NAIA top 25 despite no new losses.

“We were 1-and-0 since the December rankings,” Williams said. “I thought at the very least we’d stay somewhere between 20th and 25th. But we’re not worrying about this very long. If our team keeps working hard, good things will happen.”

“XULA this week remained unbeaten since those December rankings, winning three neutral-site games in three days in Gulf Coast Athletic Conference group play at Talladega, Ala. XULA this season is 6-1 overall — winner of 29 of its last 33 games dating to Nov. 16, 2019 — and 3-0 in the GCAC.”

Indiana Wesleyan received 10-of-20 first-place votes to remain No. 1 for the second consecutive poll. The other 10 first-place votes went to No. 2 LSU-Shreveport, which will become a regular opponent next season when XULA joins the Red River Athletic Conference.

The only GCAC team in the top 25 is Talladega, which slipped from 17th to 18th. Dillard received votes for the eighth consecutive time and is in 36th place, up five spots since December.

XULA dropped out of top 25 without loss