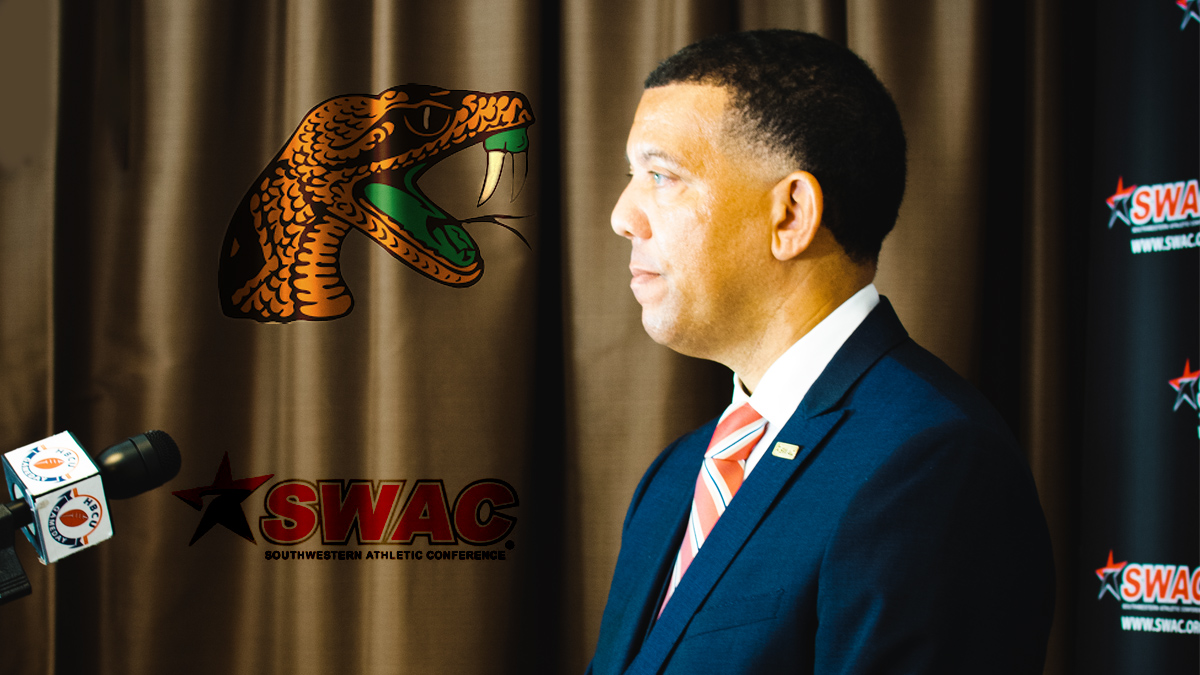 TALLAHASSEE, Fla.- The Southwestern Athletic Conference (SWAC) will add Florida A&M University as a full member effective with the 2021-22 academic year. The unanimous decision was reached during a special executive session meeting of the SWAC Council of Presidents and Chancellors.

“FAMU boast a strong loyal base of alumni, fans, and supporters and they have shown a collective commitment to excellence in all facets,” added Hugine. “We welcome the Rattlers to the SWAC and look forward to many years of high-level competition with them as a member of our conference.”

“While we have had a long-standing relationship competing in the Mid-Eastern Athletic Conference, Florida A&M’s impending move to the Southwestern Athletic Conference is one that is in the best interest of the University,” said FAMU President Larry Robinson, Ph.D. “The positive impacts on student athletes, cost savings, re-establishment of long-term rivalries and opportunities to generate revenue are among the key factors in this decision.”

“The addition of FAMU brings to our league an HBCU (Historically Black College and University) that shares the same common mission, goals and principles of our current league make-up,” said SWAC Commissioner Dr. Charles McClelland.

“This alliance undoubtedly makes all of our institutions stronger,” added McClelland. “Many of our member institutions have enjoyed long standing history of competition against Florida A&M in several sports; most notably football. The new rivalries that will be forged significantly enhances our conference’s brand in all phases and we couldn’t be more excited to welcome all of Rattler Nation to the Southwestern Athletic Conference.”

Florida A&M’s athletics history dates back to 1907 as an independent member. FAMU remained independent until 1925 and joined the Southern Intercollegiate Athletic Conference (SIAC) from 1926-1978. The university left the SIAC for the MEAC in 1979, but only stayed in the conference until 1983. FAMU became an NCAA Division I Independent from 1984-1985, before rejoining the MEAC in 1986.

During the rich athletic tradition of the university, FAMU has won 15 Black College Football National Championships, including last year. Florida A&M also holds the distinction of the being the first and only HBCU to win the FCS National Championship (formerly NCAA Division I-AA) in 1978. On the hardwood, FAMU men’s basketball has won four conference championships and made three NCAA National Tournament Appearances, the last being in 2007.