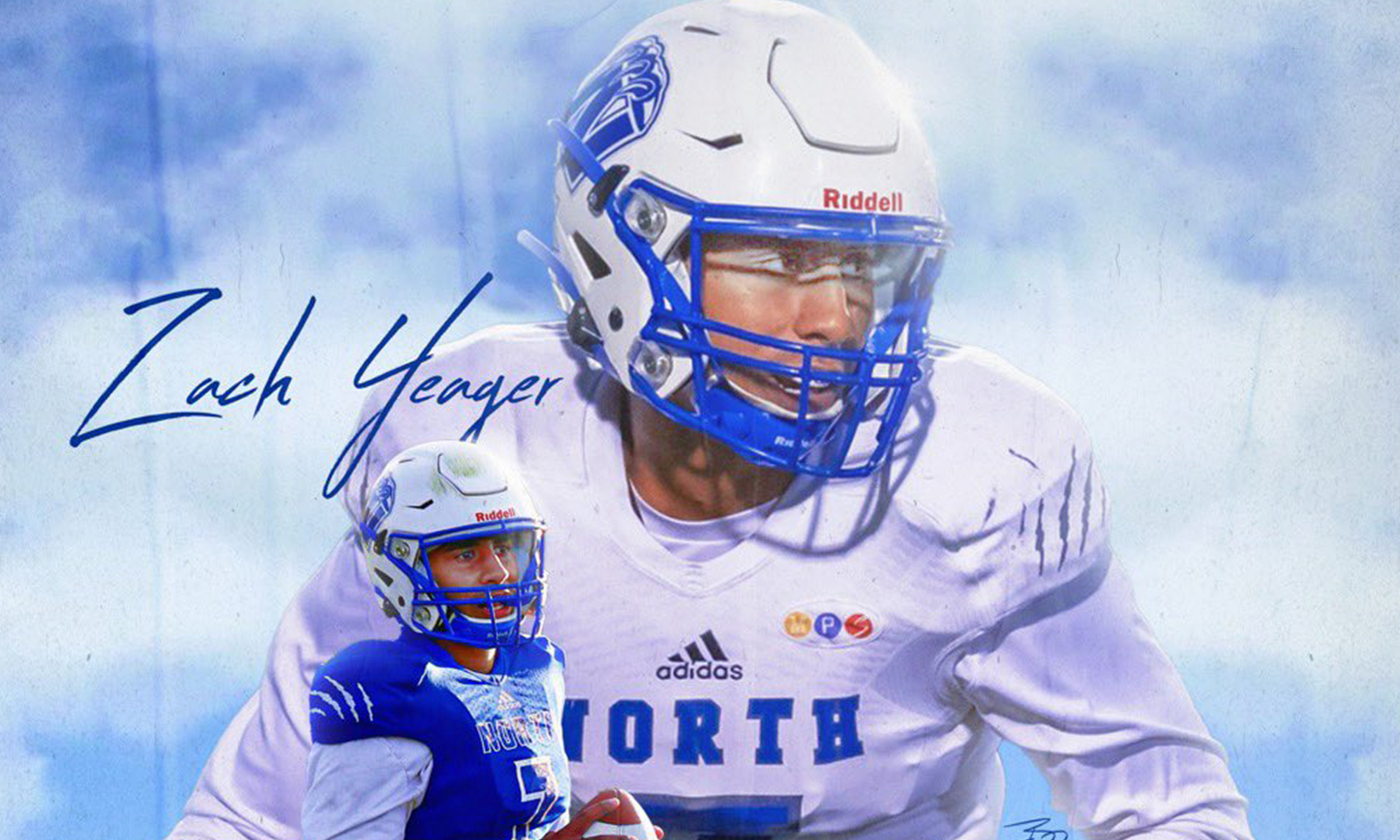 Minneapolis, Minnesota QB Zach Yeager had a dozen offers. Several of them were Ivy League school. But in the end, he chose to come to an HBCU.

Zach Yeager had offers from Ivy League schools, but in the end he chose an HBCU, because of its family atmosphere.

“From the first time I picked up a football, it has been a dream of mine to be where I am today — committing to a Division I University to further both my academic and athletic career, “ Yeager wrote on Twitter. “I would not be in this position without the guidance and encouragement of many people throughout this long, yet exciting journey.”

But in the end, the largest HBCU in the country and the three-time Celebration Bowl winner landed Yeager.

“With that being said, I would like to announce that I am committing to play football and attend the #1 HBCU in the country… North Carolina A&T State University.”

The 6’2, 200 pound quarterback is definitely a dual-threat. He went viral last year by going over the top and scoring a touchdown.

Yeager will join the Aggies just in time for the program’s move to the Big South next fall.

Help From A Legend

Yeager explained his choice of A&T in depth to HBCU Gameday. He gives much credit to former Howard QB and ESPN analyst Jay Walker for helping him land in Greensboro. Walker and his Yeager’s father both played at Long Beach State before Walker transferred to Howard.

“Jay has been like a mentor for me and has helped guide me through this process,” Yeager told HBCU Gameday after his announcement.

Yeager said he fell in love with the HBCU experience in eighth grade while touring several HBCUs during the summer.

“What really made it the place for me, was the family feel, and the overall atmosphere of the school. I loved everything about it,” Yeager said. ” I know I made the best decision possible and I look forward to what the future holds. Aggie Pride!”

Walker loves to show anybody that will watch the highlight of him running into the endzone in Greensboro during the infamous 1993 homecoming game. If Yeager is as good as many think he can be, this may be almost enough to make up for it.