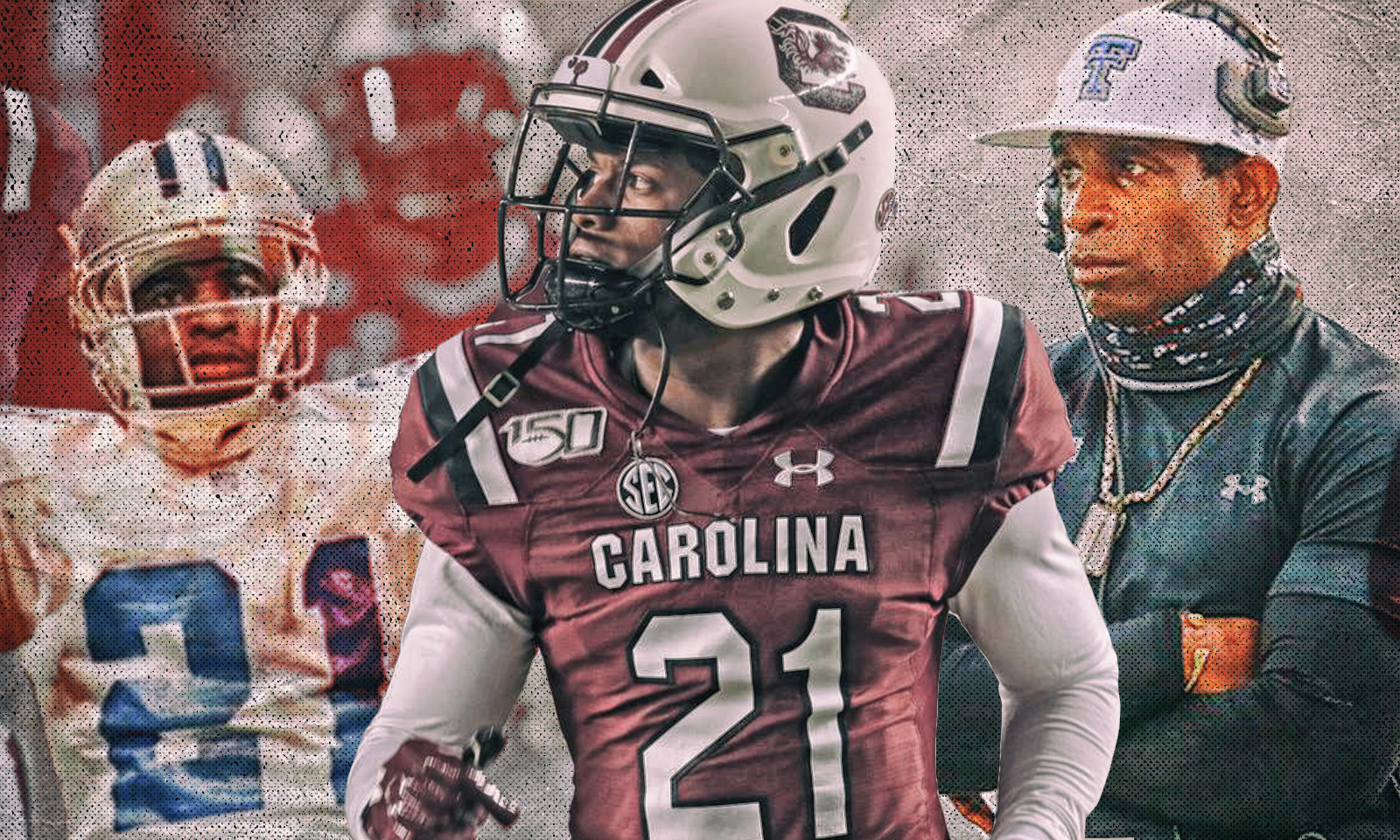 Could he join his brother and father at Jackson State?

Shilo Sanders, the son of Deion Sanders, is entering the transfer portal and leaving the University of South Carolina according to a report by rivals.com. The three-star recruit who played defensive back for the Gamecocks, played in nine games for South Carolina this season. He totaled 32 tackles and a pass breakup.

A three-star recruit coming out of high school, Sanders signed with South Carolina in January of 2019.

Sanders appeared in four games as a true freshman in 2019. He used the NCAA rule to retain the year of eligibility. That season Sanders was named to the SEC First-Year Academic Honor Roll.

Shilo Sanders, who wears the no. 21 made famous by his father, could potentially end up at Jackson State. The elder Sanders has been collecting a pool of FBS transfers since arriving at Jackson State. On Sunday another SEC defender transferred to the Tigers when Aubrey Miller Jr, a Missouri linebacker, announced his commitment.

So far there is no sign or concrete evidence of Sanders having any intention of transferring to Jackson State. It might be noted, however, that his younger brother, Shedeur Sanders, flipped his commitment from Florida Atlantic to Jackson State. Shedeur Sanders is a four-star quarterback. Both brothers played at Trinity Christian High School in Cedar Hill, Texas.