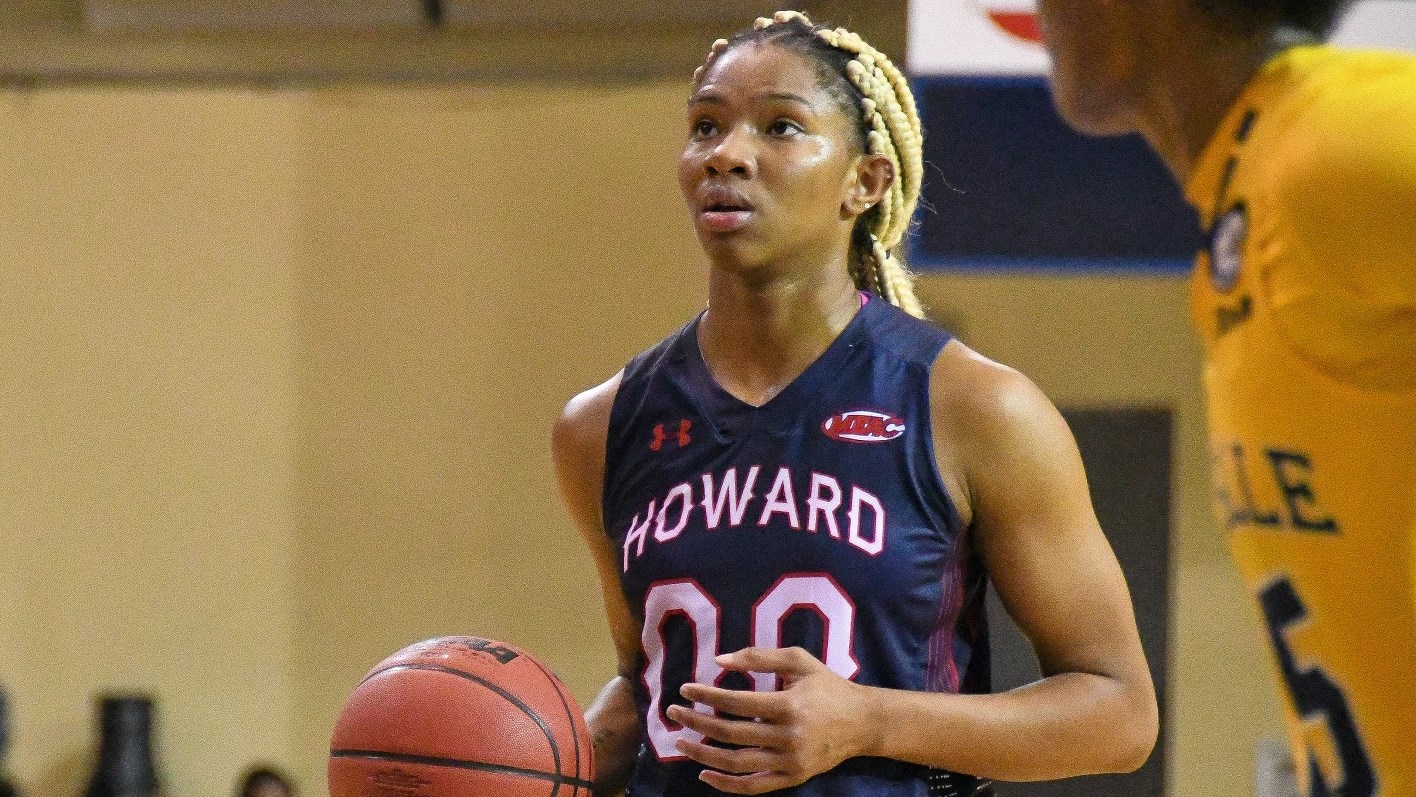 Howard women storm back against LaSalle

The Bison come back from a 23 point hole to defeat the A-10 opponent.

With the victory, HU remains undefeated (2-0) while the Explorers fall to 2-3 on the season.

After taking a 44-31 halftime lead, La Salle opened the second period on a 10-0 run and held its largest lead of the contest, 54-31, with eight minutes left in the third quarter.

Down, but not out, HU refused to quit as they gradually chipped away at the deficit.

Thornton and Hutton jump started the comeback with an 8-2 spurt, capped off by the New Jersey native’s trey ball that pushed her over the 1,000-point threshold, 56-39.

In the third, La Salle made only one bucket in the final five minutes of the period, which helped Howard close the gap to five points after a pair of freebies from Thornton, 60-55.

Jordon Lewis extended the Explorers’ advantage back to seven, 62-55, but the Bison’s momentum continued with a 10-0 run, thanks to back-to-back jumpers from Creek, 65-62.

La Salle tied the contest at 65, but Hutton and Creek would be too much down the stretch, combining for 11 boards and nine points in the fourth period to propel HU, 75-72.

Second-year guard Iyanna Warren (Accokeek, Md.) had another all-around performance with 10 points, five rebounds and four assists in the victory.

For the Explorers, Claire Jacobs led all scorers with 21 points in the loss.

Sunday (Dec. 13), the Bison return to D.C. where they will host George Washington inside The Burr. Game time is slated for 2 p.m.

Howard women storm back against LaSalle