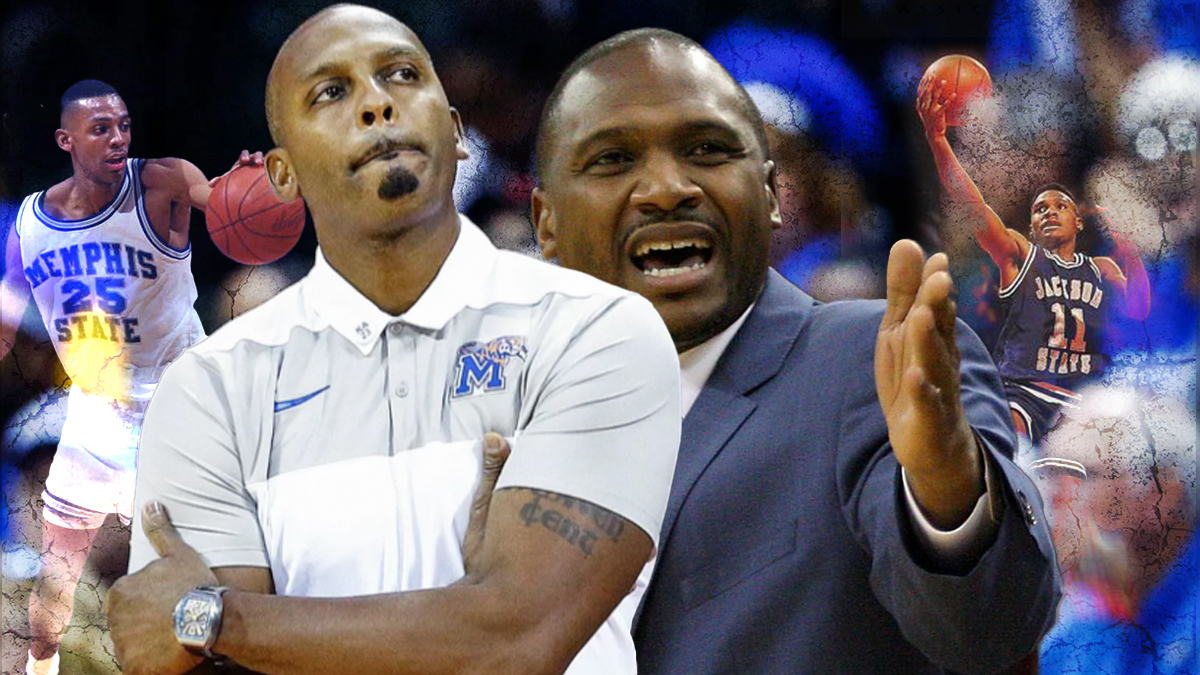 Memphis vs. Miss. Valley is also Penny vs. Lindsey

Mississippi Valley State is a big-time underdog to Memphis. Both schools are led by collegiate legends and NBA players.

Once upon a time, not long ago, Lindsey Hunter and Penny Hardaway were two of the top college prospects in the south.

Now the two college hoops legends will square off on opposite sidelines as coaches. Hardaway leads his alma mater, Memphis. Hunter is the head coach at Mississippi Valley State after playing finishing his career at Jackson State.

Hardaway was a basketball prodigy at Treadwell High School where he was named national player of the year by Parade Magazine in 1990. He finished his prep career with over 3,039 points before going on to what was then-known as Memphis State.

Meanwhile in Mississippi, Lindsey Hunter became a star at Murrah High School in Jackson in the late 1980s. After a brief stint at Alcorn State, Hunter transferred back home. He averaged 20 points per game for his college career, culminating in a senior season in which he averaged 26.7 points per game.

Hardaway and Hunter were both lottery picks in the 1993 NBA Draft. Hardaway went third to the Warriors, but was famously traded to the Orlando Magic. Hunter went 10th overall to the Detroit Pistons, taken one pick ahead of Tennessee’s Allan Houston. Both players made the inaugural Rookie All-Star game back in 1994.

Hardaway teamed up with Shaquille O’Neal and became a superstar. Hunter never became a superstar but evolved into a defensive glue guy and solid complementary player in Detroit during the Grant Hill Era. He earned two NBA titles, one with the Lakers and the others in his second stint with the Pistons.

Now, both men are trying to find their footing as college coaches, albeit at two vastly different universities. Hardaway was hired at his alma mater in 2018, while Hunter was hired prior to the 2019-2020 season.

Mississippi Valley State is 0-5 this season and has allowed at least 88 points in every game. The Delta Devils have a common opponent with Memphis after facing Western Kentucky on Sunday in a 96-69 loss. Memphis fell 75-69 to WKU in its second game of the season at the Bad Boy Mowers Crossover Classic in South Dakota.

Picked to finish ninth in the Southwest Athletic Conference, Mississippi Valley State went 3-27 last season. The Delta Devils have not won a non-conference game since November 2018.

Memphis is a 44.5 point favorite over Mississippi Valley according to Oddshark.com. ESPN has given Mississippi Valley State a one percent chance of pulling off the upset. The game is scheduled for 8:00 PM EST and will be on ESPN plus.

Memphis vs. Miss. Valley is also Penny vs. Lindsey