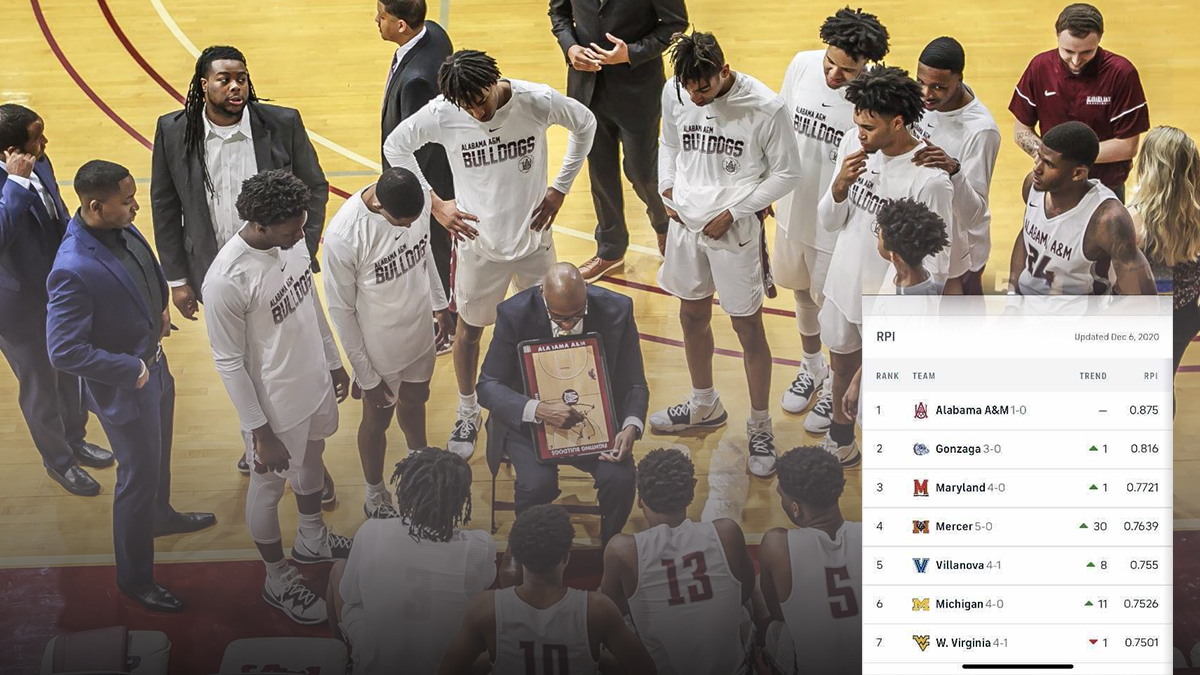 An HBCU is on top of college basketball RPI

For the first time in history, an HBCU is on top of the college basketball RPI. We’ll enjoy it while it lasts.

An HBCU — Alabama A&M — has the top RPI ratings in all of college basketball as of Monday afternoon.

This is not a drill or a misprint.

AAMU moved to the top of the NCAA’s Rating Percentage Index with a .875 rating. Gonzaga is next with .816. No HBCU has ever been on top of the field at the Division I level.

RPI is a quantity used to rank sports teams based upon wins and losses. Alabama A&M is currently 1-0 after a season-opening win over Samford. AAMU beat Samford 78-76 and hasn’t played since. Samford is 3-1, with the lone loss to AAMU.

College basketball has been hit with a blizzard of cancellations and postponements since tipping off in late November. Top-ranked Gonzaga had to pause its program before a matchup with second-ranked Baylor earlier this weekend. It will now be on pause through December 14, which means it will not play the SWAC’s Southern University.

The Alabama A&M program is on a COVID-19 related pause itself. AAMU had to cancel its matchup against no. 23 Ohio State University. At this time there is no word on when it will resume play.

RPI has been weaponized against HBCU basketball programs for years as a reason to justify low NCAA Tournament seeds and television advertising dollars. While this is a temporary glitch in the matrix that is 2020, its just another sign that we are living in unprecedented times.

An HBCU is on top of college basketball RPI