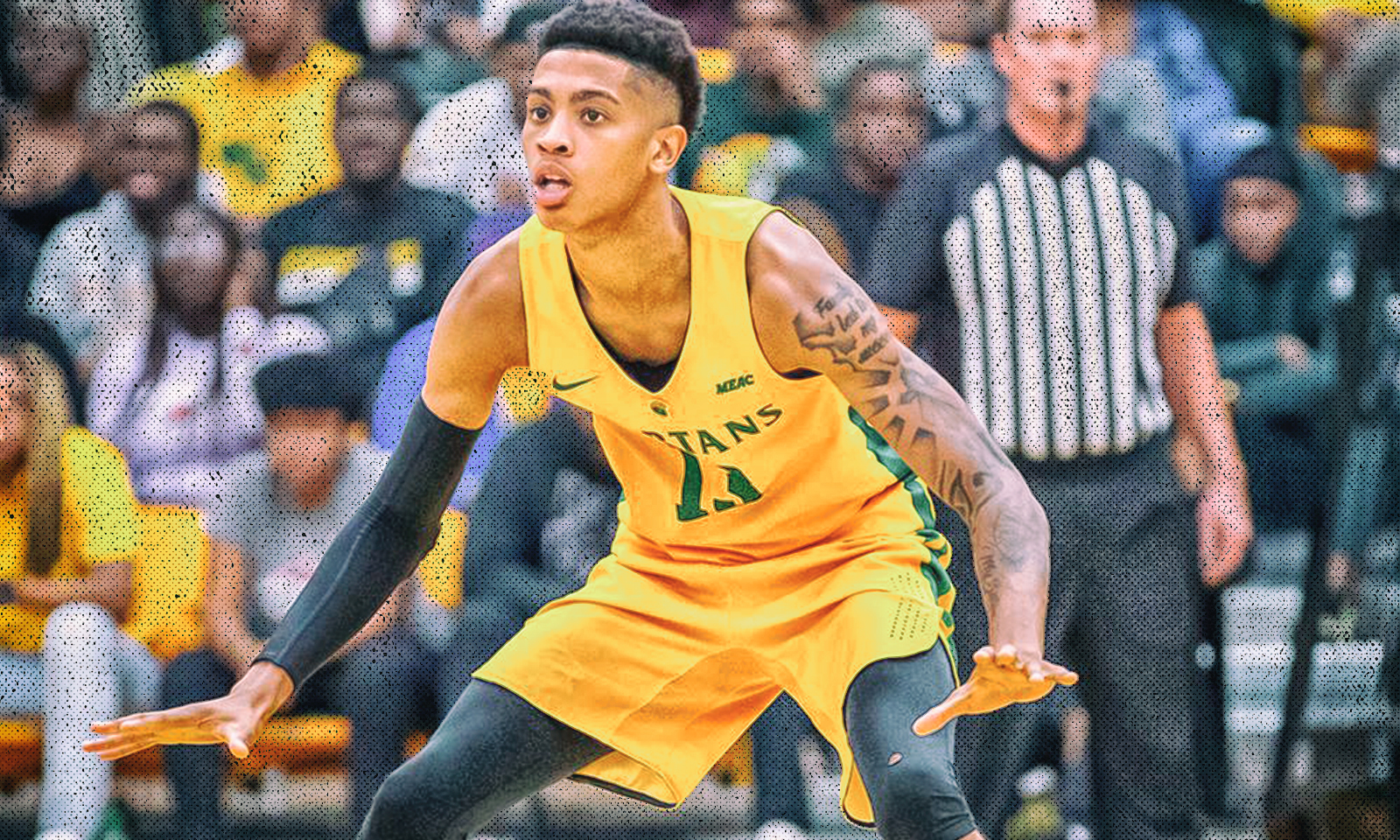 The Spartans never led in the contest but kept the score within single digits for most of the evening.

NORFOLK, Va. – A one-possession game with less than four minutes to go, Old Dominion pulled ahead at the end in an 80-66 win over the Norfolk State men’s basketball team on Wednesday evening at Joseph Echols Hall.

The Spartans never led in the contest but kept the score within single digits for most of the evening. It was just a one-point ballgame with less than six minutes to go. The Monarchs, however, scored the next 11 points as part of an 18-5 run to close it out.

The first meeting between the two teams on NSU’s campus since the late 1960’s saw Spartan sophomore Daryl Anderson hit 4-of-6 from deep for a career-high 17 points. Devante Carter added 15 points, five assists and four rebounds as the Spartans fell for the first time this season in three games.

“On the road we got off to great starts, but it seems like when we come home, we’re trying to impress people too much,” said NSU head coach Robert Jones. “We played tentative to start both halves and we don’t always do that on the road.”

They led for more than 39 minutes after scoring the first 11 points of the game. The Spartans got to within a single possession several times in the first half before going into the break down by just five. ODU pulled ahead by double digits early in the second half thanks to an 11-2 run to start.

NSU made a run toward the end, getting to within three on a Kyonze Chavis 3-point player with eight minutes to go. A layup from Anderson and a jumper from sophomore Yoro Sidibe made it 62-61 with less than six minutes on the clock.

But a five-minute stretch without a field goal doomed the Spartans after that.

After the Monarchs’ strong start to the game, the Spartans used a 12-3 run to close the gap to two. Chavis hit a 3-pointer at the 12:43 mark to slice the ODU lead to 14-12. Anderson later drained a 3-pointer to make it a three-point ballgame, and he did the same late in the first half. Two free throws from Curry gave ODU a 42-37 edge at the break.

The Spartans trailed despite shooting 48 percent in the first half. They cooled in the second, hitting just a third of their shots to still finish the game at 42 percent.

Anderson helped the Spartans finish with another solid game at the 3-point line, as they hit 8-of-19 from deep.

Chavis, meanwhile, came off the bench like Anderson and scored 12 points with a career-high nine rebounds and three assists. NSU’s bench outscored ODU’s by a 36-17 margin.

The Spartans will host another 757 rival in Hampton on Monday at 7 p.m.