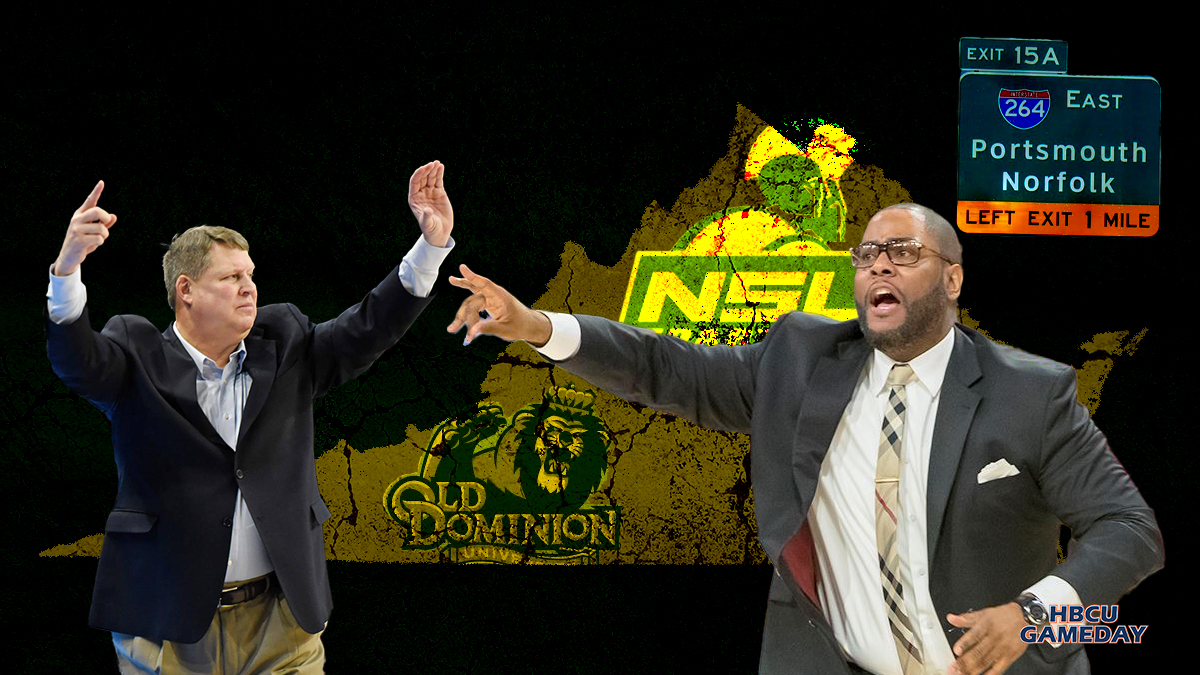 Wednesday’s Norfolk State-Old Dominion matchup will be just the 20th time the two programs who share the same city have met.

Norfolk State University and Old Dominion University both call Norfolk, Virginia home. One is an HBCU, one is a Predominately White Institution. Both schools have had major basketball success over the last 50-plus years in Division II and Division I.

Wednesday night Old Dominion will make the roughly 10 minute drive to NSU to play in Echols Arena. It will be the first time the two teams have met at NSU since 1969. And, let ODU head coach Jeff Jones tell it, its only happening now due to COVID-19.

NSU coach Robert Jones hasn’t been around that long, but he has been around long enough to wonder why it took so long.

“We’re not playing Duke or anything like that. And that’s no offense to them. I think Jeff does a great job. Jeff is a good man honestly,” Robert Jones told the Daily Press.

But to keep saying that they have everything to lose — we are Division I. It’s not like we’re Virginia Wesleyan — and not to take anything away from them. If you lose to us, you didn’t lose to a Division III school or something like that. So why don’t you play? What’s the real reason you don’t play.”