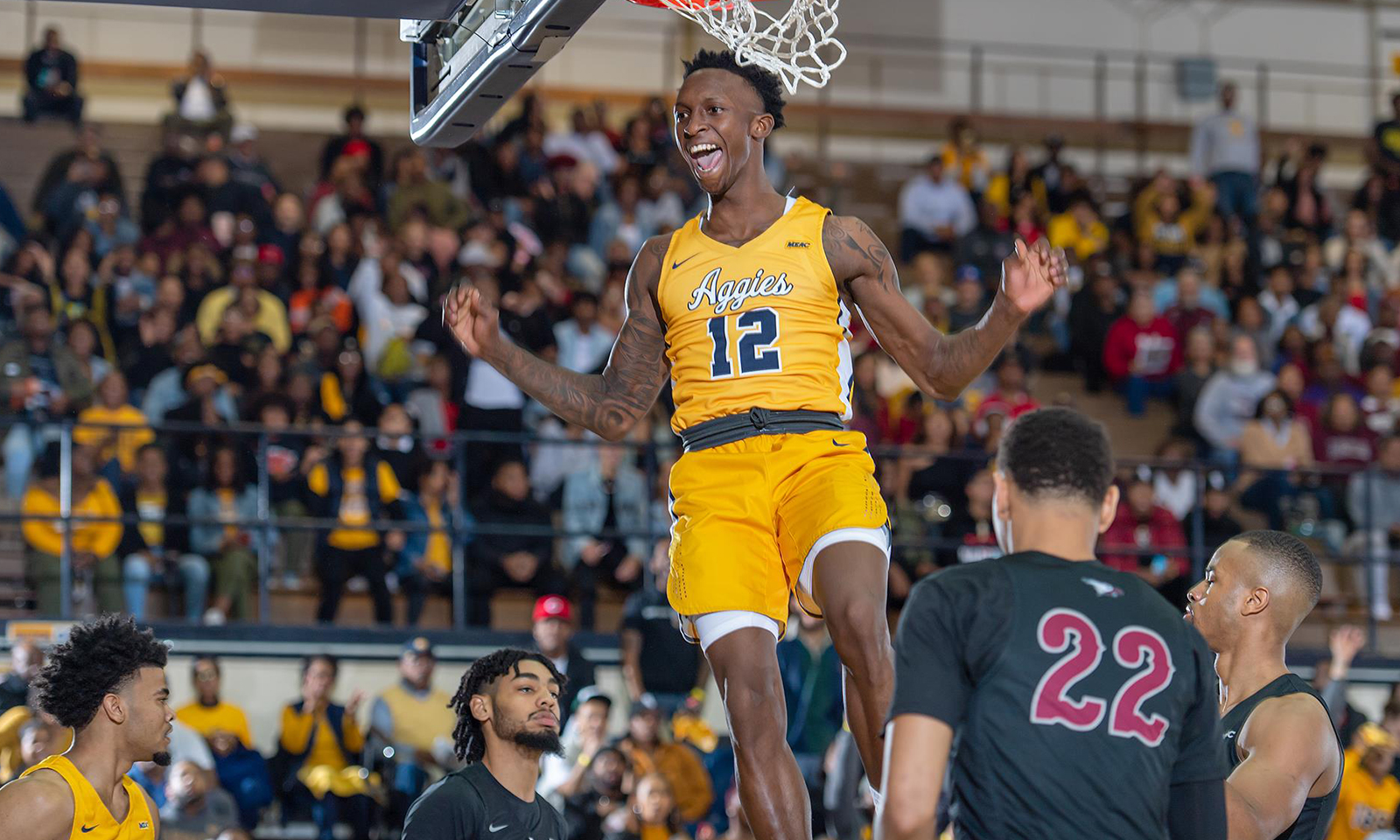 COVID-19 has forced the Aggies into a unique scheduling format.

EAST GREENSBORO – The North Carolina A&T men’s basketball program has released its 2020-21 schedule. The season is set to start on Wednesday, Nov. 25 when the Aggies head to Champaign, Ill. for a multi-team event.

After leaving Illinois, the Aggies fly to Charleston, S.C. to take on Charleston Southern on Dec. 1 before driving down the road to play The Citadel on Dec. 3. The Aggies wrap up the lengthy road trip with a back-to-back in Virginia against Longwood (Dec. 8) and VCU (Dec. 9).

Three of the Aggies next five games are at home before conference play begins.

The home opener is slated for Dec. 12 against Western Carolina. Three days later they head to Johnson City, Tenn., to face ETSU on Dec. 15 before returning to #ClubCorbett to welcome Division III Greensboro College on Dec. 18. The next night, N.C. A&T travels to the Queen City for a match with Charlotte on Dec. 19.

Another Greensboro institutions comes to Corbett next as the Aggies welcome cross-city rival UNC Greensboro to Aggleland on Dec. 22.

The Mid-Eastern Athletic Conference (MEAC) has split into two divisions this year and N.C. A&T is in the Southern Division along with N.C. Central, FAMU, and S.C. State, facing each school four times in conference play playing back-to-back games each time to reduce travel.

The Aggies open up conference play against S.C. State on Jan. 2-3 in Orangeburg, S.C. On Jan. 16-17, N.C. A&T welcomes the Rattlers of FAMU to Corbett. A week later, the Aggies will play arch-rival N.C. Central back-to-back nights in Durham on Jan. 23-24.

The regular season will be capped off with two more games against the NCCU Eagles on March 3-4, both taking place in #ClubCorbett.

The MEAC Basketball Tournament Championships will take place following the conclusion of the regular season, but specific dates and times are still to be determined.