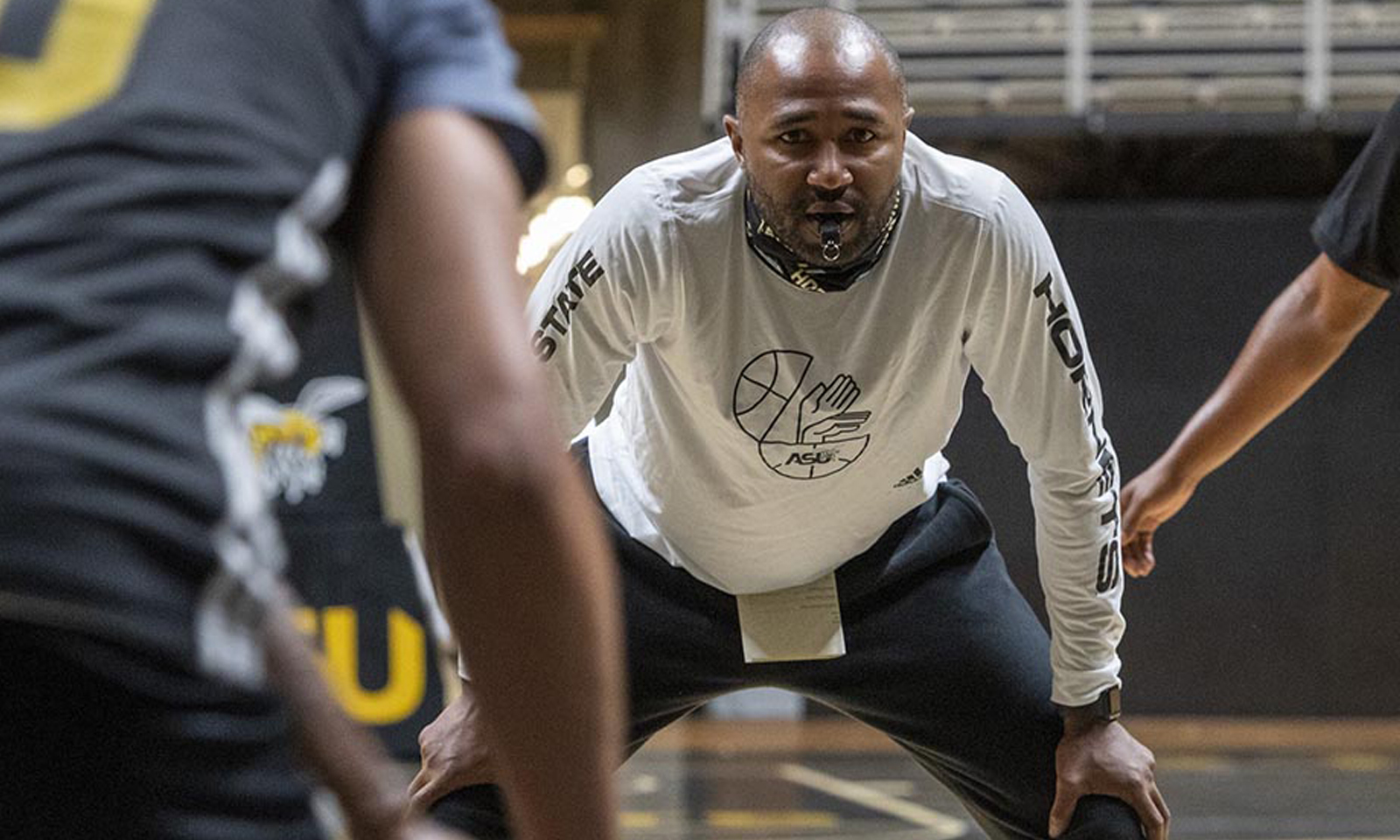 MONTGOMERY, Ala. | Alabama State head coach Mo Williams inked a pair of players during the Signing Period this month, adding Darrell Reed and Juan Reyna III to the 2021-22 roster.

A 6-8 forward from Gary (Ind.), Reed signed with the Hornets out of Hammond High School after earning All-Conference honors last season as a junior and leading his team to the sectional championship. Reed averages 15.4 points and 8.7 rebounds per game while also blocking 1.5 shots per game. Reed has career-highs of 32 points and 17 rebounds during his prep career.

Williams also added Juan Reyna III, a 6-3 guard from San Antonio (Texas) and Duncanville High School. As a point guard, Reyna has helped his team win a pair of state championships and led his team to a 37-6 record overall. He averaged 20.8 points and 3.2 assists per game while grabbing 2.5 rebounds and 1.8 steals per game.