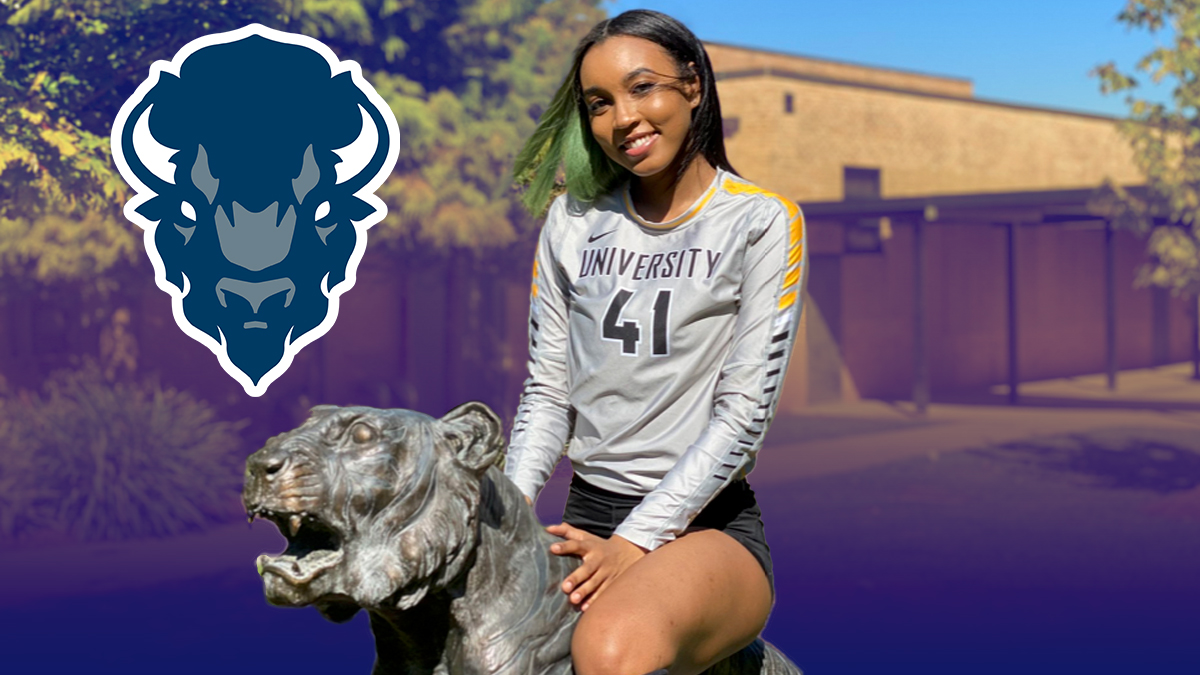 Colleen Temple made a decision to head west back in June. She’s now the latest commi who decided to take her talents to Howard Volleyball.

Another former PWI commit has decided to take her talents to Howard volleyball.

Colleen Temple committed to Hawaii in June, but announced she would be heading to Washington D.C. instead.

“After a lot of thought and consideration, I’ve decided to recommit from the University of Hawaii,” Temple wrote on Twitter Wednesday. “I want to extend a huge thank you to the coaching staff there. I wish you all the best in the future.

“I also wanted to announce that I am now committed to Howard University! Go Bison.”

The 6’2 middle blocker from Baton Rouge had Howard as well as Florida A&M in her final couple of choices, but instead chose Hawaii.

“They offered me about three weeks ago and I’ve been thinking about it ever since,” Temple told the Baton Rouge Advocate. “I decided it was the right decision for me. I feel comfortable with the coaches, I did a virtual campus tour and I loved it.”

But after mulling over her decision, Temple realized she wanted to play at an HBCU.

“Over the past few months I’ve done a lot of reflection and I know that Hawaii is a top tier school, but I just couldn’t see myself anywhere but an HBCU,” Temple told HBCU Gameday. “And to me, Howard fulfills everything that I could want from a school. That’s including athletics, academics, and location.”

Howard volleyball has been dominating the MEAC for years, but it has also picked up some big wins in recruiting. Temple’s switch comes just months after Howard flipped recruits Bria and Cimone Woodward. The duo originally committed to Texas A&M before joining Howard. The twins told our Symone Stanley what the driving force behind their decision was.

“I just think it was more community-based,” Bria Woodard said. “Because we realized that we’ve been lacking that sense of community. We haven’t had it in our lives, yet. We really want to have a new experience, being around a large black community. I mean, we’re in Jack And Jill, which is awesome, we have a small community. But just having the big, like grand scheme of things, that would be amazing.”

More Than A (Two-Sport) Athlete

Temple is not only a star on volleyball court, she’s one on the basketball court as well. She’s been named honorable mention All-District on the court.

But sports aren’t the only thing she’s passionate about. During the uprising this summer, Temple organized a peaceful protest.

“I was just tired of sitting at home and seeing a new name almost every week, sometimes every day,” she told BRParents.com. “I wanted to get outside and just make my voice heard. I am not OK with this and a lot of people aren’t OK with it. We want the government and everybody to know that something needs to change.”

Student-athletes at HBCUs have a long history of speaking out about issues. It looks like Temple is already doing that.