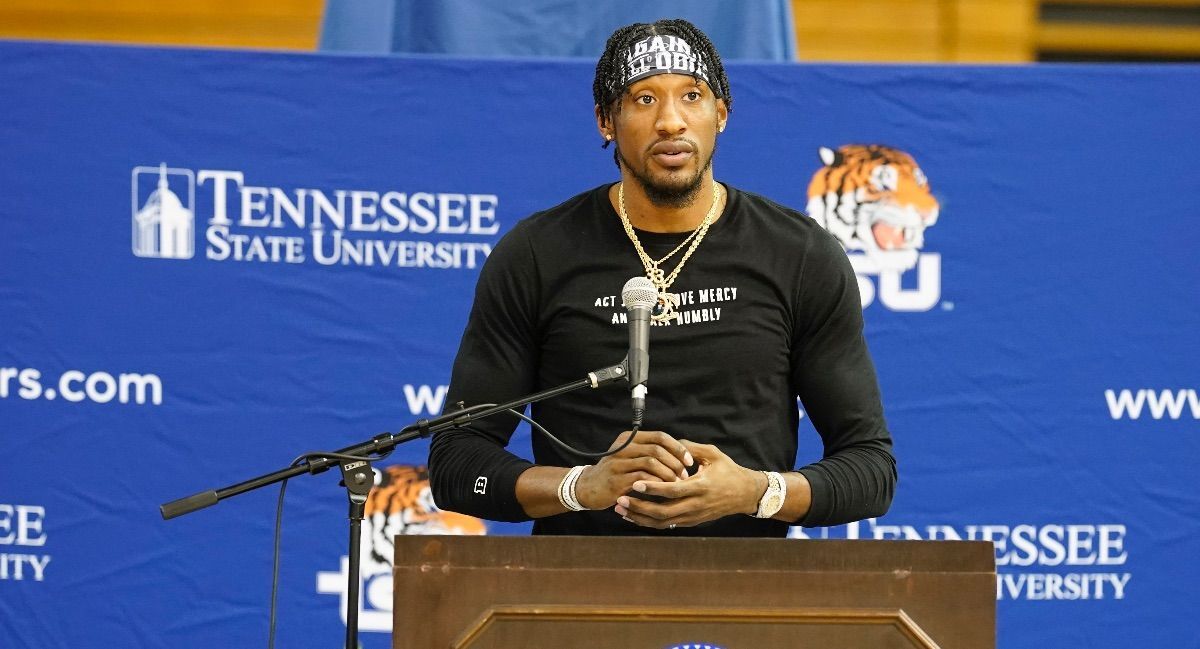 Rob Covington on his way out of Houston

Tennessee State’s Rob Covington, one of two HBCU players on an NBA roster, is on the move again. Covington is about to be traded by the Rockets.

The Rob Covington Era in Houston is pretty much a wrap.

The Houston Rockets are reportedly ready to deal the veteran forward following Wednesday’s NBA Draft. Covington will be traded to the Portland Trail Blazers for Trevor Ariza, a 2020 first-round pick and a 2021 protected first-round pick, per ESPN’s Adrian Wojnarowski.

Covington will head to his fourth team since the start of the 2018-19 NBA season. He was traded from the Philadelphia 76ers to the Minnesota Timberwolves as part of the Jimmy Butler deal. He spent the latter half of the 2019 season and the first part of the 2020 season in Minnesota before being dealt to the Rockets earlier this year.

His NBA Bubble stint with the Rockets was the second with the team. It was the Rockets that initially signed him out of Tennessee State after he went undrafted in the 2013 NBA Draft.

Rob Covington averaged 12.6 points and 8.7 rebounds per game with the Rockets while playing out of position at center.

The news of Covington’s trade comes less than a week after he announced he would be donating money to help build a practice facility at TSU. Covington is one of just two current NBA players who played college hoops at an HBCU. The other is Kyle O’Quinn of Norfolk State.

Rob Covington on his way out of Houston