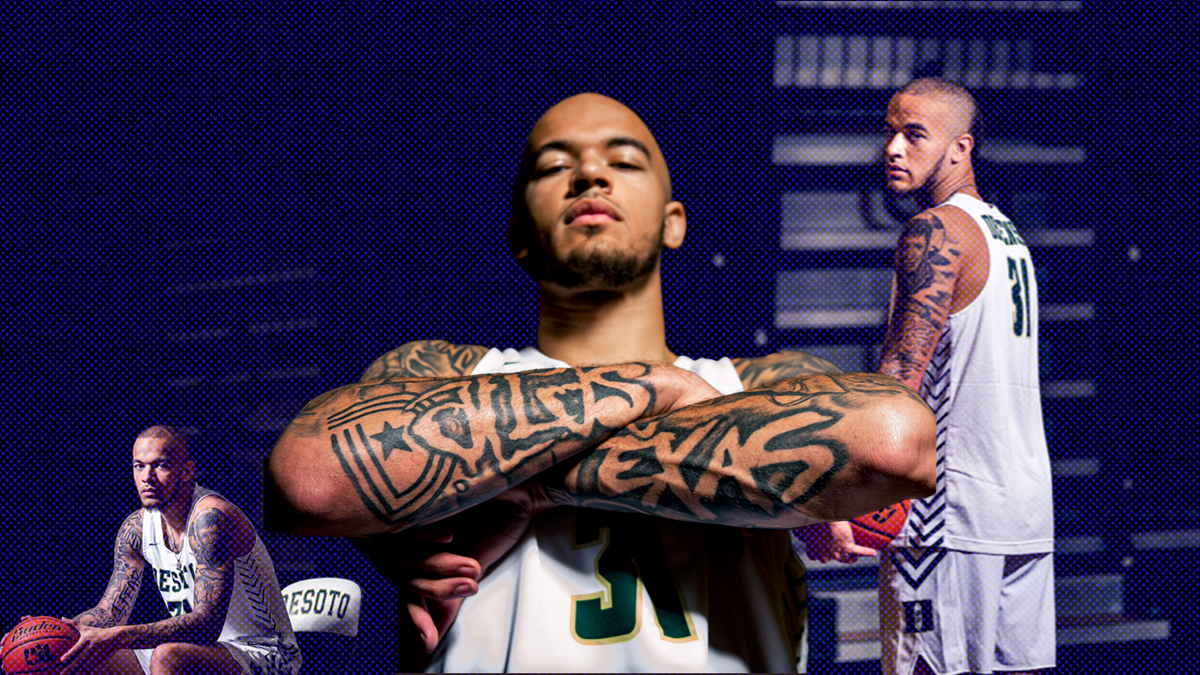 HBCUs in the mix for 2021 prospect Duncan Powell

Duncan Powell is a big, strong power forward that many schools would love to have. Two HBCUs are in the mix for the former Arkansas commit.

Duncan Powell is a talented prospect with two HBCUs in his final four choices.

The 6’8 power forward from DeSoto, Texas has listed Hampton and North Carolina A&T in his top five schools. Dayton, UTSA and Old Dominion were the non-HBCUs on his list posted Sunday.

Powell is rated as a four-star recruit by ESPN, while 247Sports currently has him as a three-star player. The Hunnington, West Virginia native enters his senior season as a top 85 player for ESPN. He initially committed to Arkansas before having a change of heart.

“I would like to thank Coach (Eric) Musselman & staff for believing in me & All the Arkansas fans for supporting me,” Powell said in a tweet. “However, I am re-opening my recruiting 100%. Arkansas will still be a heavily considered school. I just want to make sure I am making the right decision for my college career. Thank you all, Please respect my decision.”

Two HBCUs. One conference. Many players.

Both Hampton and North Carolina A&T have come up in top lists for talented prospects lately. Hampton was one of five HBCUs on the top 10 list for highly-coveted Mikey Williams. A&T was not on the list, but is in the mix for other talented players as well.

The two programs will soon be conference rivals again when A&T joins the Big South next fall. And at this point, its very much possible that Duncan Powell could be wearing either team’s shade of blue by then.

Powell told HBCU Gameday that he had ties to both schools. There was a cousin who played basketball at North Carolina A&T. He had an uncle that was coached by Hampton’s Buck Joyner Jr.

“Both have a great atmosphere when it comes to college basketball,” he said. “I could see myself at both places.”

HBCUs in the mix for 2021 prospect Duncan Powell