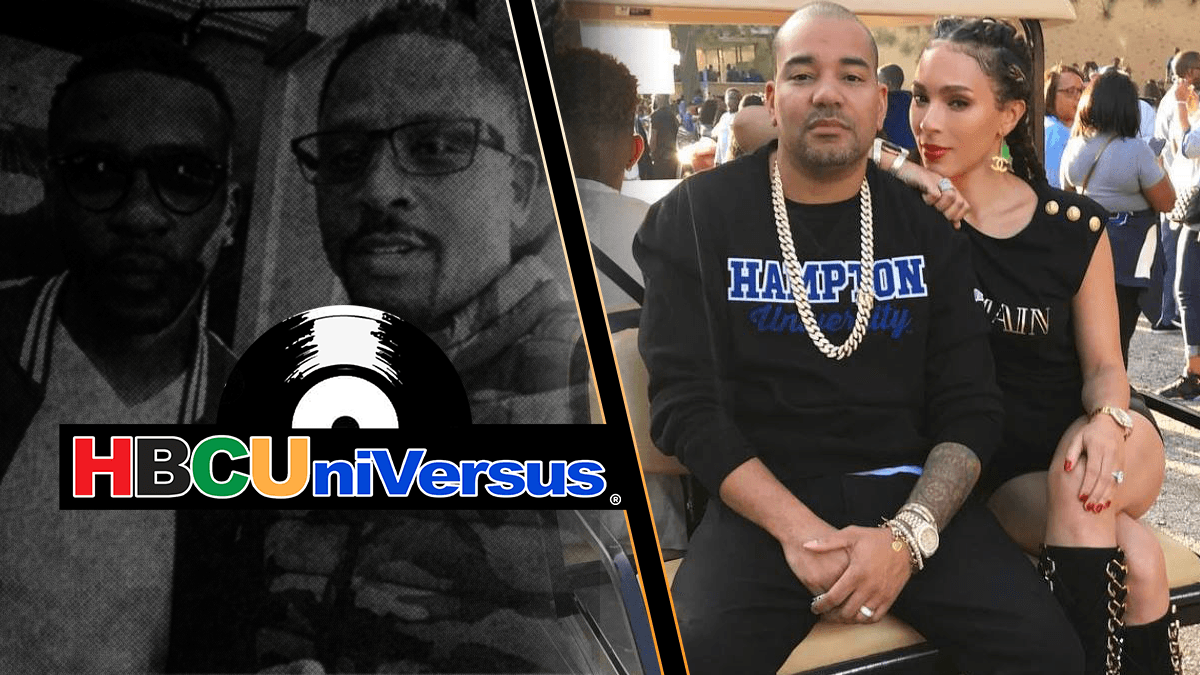 A trio of DJ’s make up the featured content that you can see from HBCU Gameday this weekend.

There’s no Black College Football this weekend but HBCU Gameday has a lot of music to talk about instead. On Sunday, Hampton alum and co-host of The Breakfast Club radio show, DJ Envy, will be our guest on HBCU 101. Hosted by Jahliel Thurman, the episode with DJ Envy airs on Aspire TV, Sunday at 12:30 pm eastern time.

DJ Envy will talk about why he chose to attend Hampton, his breakout mixtape that put him on the map, and how he got into radio. Despite being an international success as a member of The Breakfast Club trio, it wasn’t an easy start. He divulges on his struggles and the apprehension he had to be a part of The Breakfast Club.

Before all of that, we’ll get things popping with the live stream of the first-ever HBCUniVersus DJ Battle. It’s a special twist on the weekend that was supposed to feature Winston-Salem State versus North Carolina Central on the football field. Instead of the game, we have a virtual DJ battle/fundraiser between a Ram and an Eagle.

DJ 360 Elite (WSSU) and DJ 360 QC (NCCU) will entertain fans on the turntables while soliciting donations for each of the schools. It’s a great way to still enjoy the renewal of old rivalry despite the cancellation of fall football. HBCUGameday.com will stream HBCUniVersus from 4-6 pm on Saturday.

“I’m excited to represent NCCU in the very first HBCUniVersus battle. I’m truly honored to be given the platform to raise money for my University,” said Jay Featherson, also known as DJ 360 QC.

Randal Calloway, also known as DJ 360 Elite, is the creator of HBCUniVersus. His company 360 Elite Entertainment is sponsoring the event. The event will also be broadcasted on Twitch and MixCloud.