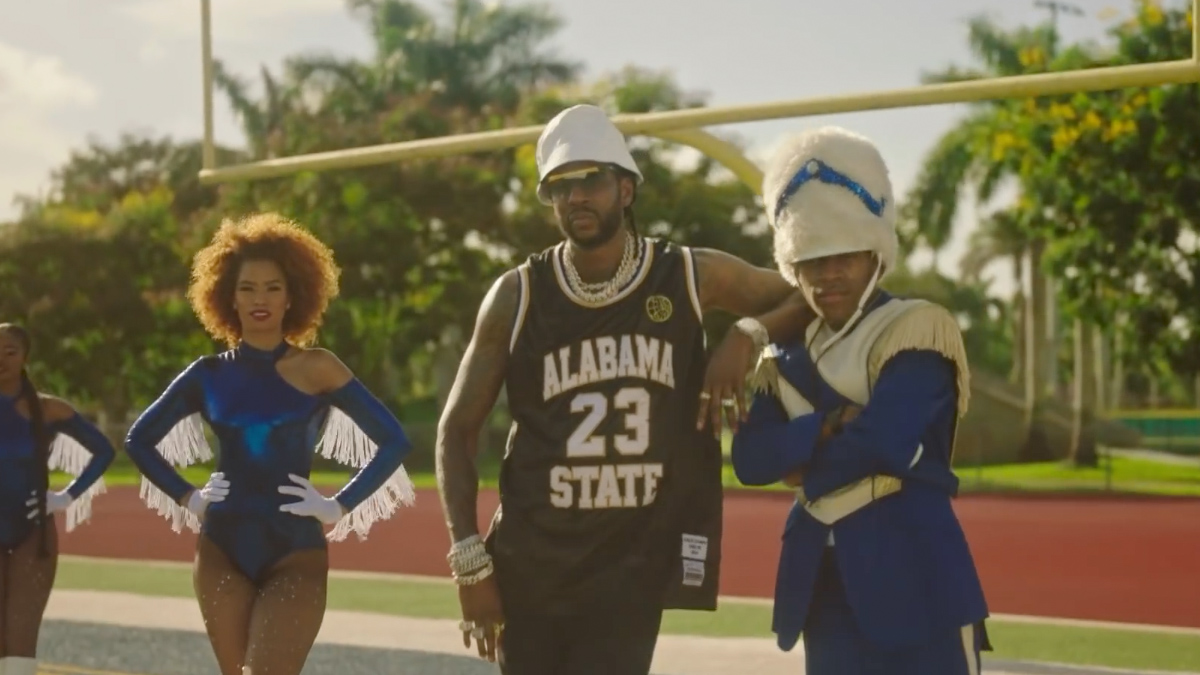 2 Chainz spreads the HBCU love around, particularly the SIAC and SWAC, in his new video for “Money Maker.”

One month after dropping a new HBCU band anthem, 2 Chainz has blessed us with a video.

The “Money Maker” video featuring Lil’ Wayne was released on Sept. 11, 2010 at noon. “Money Maker” features an interpolation of the Guy classic “Piece of My Love,” played by Southern University’s Human Jukebox. The video was shot on the campus of Fort Valley State.

The video starts off beneath bleachers as the band warms up before going on to the field, where 2 Chainz stands waiting in his Alabama State jersey. The jersey is a replica of the one he wore as Tauheed Epps in the 1990s, made by Twin City Authentics of Winston-Salem, North Carolina.

In addition to the live performance by Fort Valley’s Blue Machine Marching Band, there is band footage of several other schools. Alabama State’s Honeybeez got some time as well as the Stingettes. And of course, there was plenty Human Jukebox and Dancing Dolls to go around.

Lil’ Wayne even showed up for the video. The hip-hop legend hails from New Orleans, so of course, he knows something about SU and GSU.

Chainz played two seasons at Alabama State in the mid-1990s. His musical break came a decade later as part of the group “Playaz Circle” and eventually a solo career that has resulted in one Grammy and many other awards.