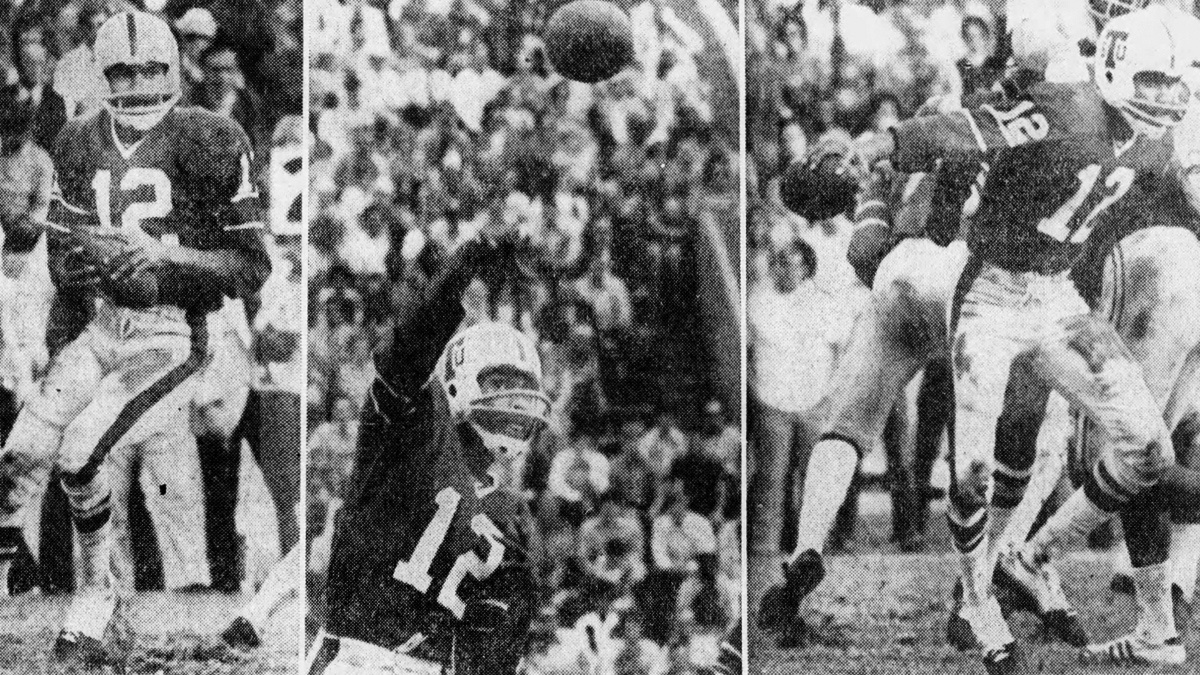 At an early age, Gilliam possessed athletic skills. During his years at Washington Junior high located in Nashville, Tenn., he participated in track, tumbling, and basketball. In 1966, he was the starting quarterback at Pearl High School and led the team in the city’s first season of integrated football.

Gilliam’s father, Joe Gilliam Sr. was the defensive coordinator of the Tennessee State University Tigers for 20 years under Coach John Merritt Merritt. He became Head Coach of TSU Tigers in 1989 for four seasons. In 1990, he earned Ohio Valley Conference Coach of the Year. He passed on his talent and love for the game to his son, who grew up on the campus, helping his dad.

In 1970 and 1971,  Gilliam, Jr. was an AP All-American, National Black College Player of the Year, and was the starting quarterback for the Tigers during those years as well. In 1971, he had 243 completions and 2,116 passing yards.

He was an 11th-round draft pick by the Steelers in 1972. Gilliam became a starter and led the Steelers to a 4-1-1 record during that time.

Gilliam retired from football in 1984 and was inducted into the American Football Association’s Semi Pro Football Hall of Fame in 1986.

At times, Gilliam ran a football camp in Nashville, where he earned his nickname “Jefferson Street Joe” for the boulevard that runs by TSU.