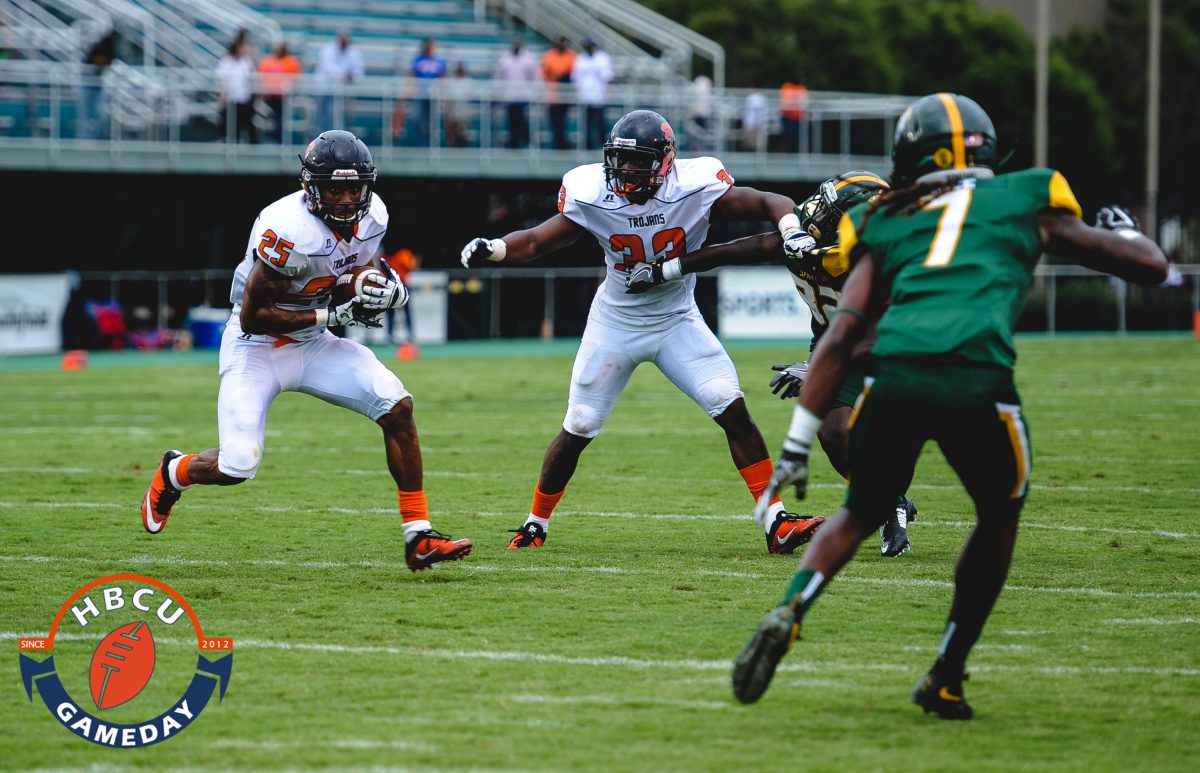 Former Virginia State star Trenton Cannon was signed by the Carolina Panthers to compete on special teams and in the backfield. Mission accomplished.

After two years up North, Trenton Cannon has officially found a home in the south.

The former Virginia State running back has made the Carolina Panthers 53-man roster.

He was signed by the Panthers on Aug. 3,  about 24 hours after being waived by the Jets. He beat out Reggie Bonnafon for the third running back role. Cannon will likely play a big role on special teams.

Trenton Cannon appeared in all 16 games as a reserve running back as a rookie and played 19 percent of New York’s offensive snaps in 2018. But the Hampton native was dealt with foot and ankle injuries last year and was placed on injured reserve Nov. 1.

A two-time HBCU Gameday All-American and CIAA Offensive Player of the Year, Cannon rushed for 4,251 in his career. He scored 35 touchdowns on the ground his final two seasons at VSU. Extremely versatile, he caught a career-high 21 passes in 2017 for three scores and was also an elite kick returner.

After helping lead VSU to an unbeaten regular season and a CIAA Championship, Cannon was drafted in the sixth round by the Jets. The team switched coaching staff after his rookie season.

He joins a Carolina Panthers team in  a new regime under Matt Rhule.